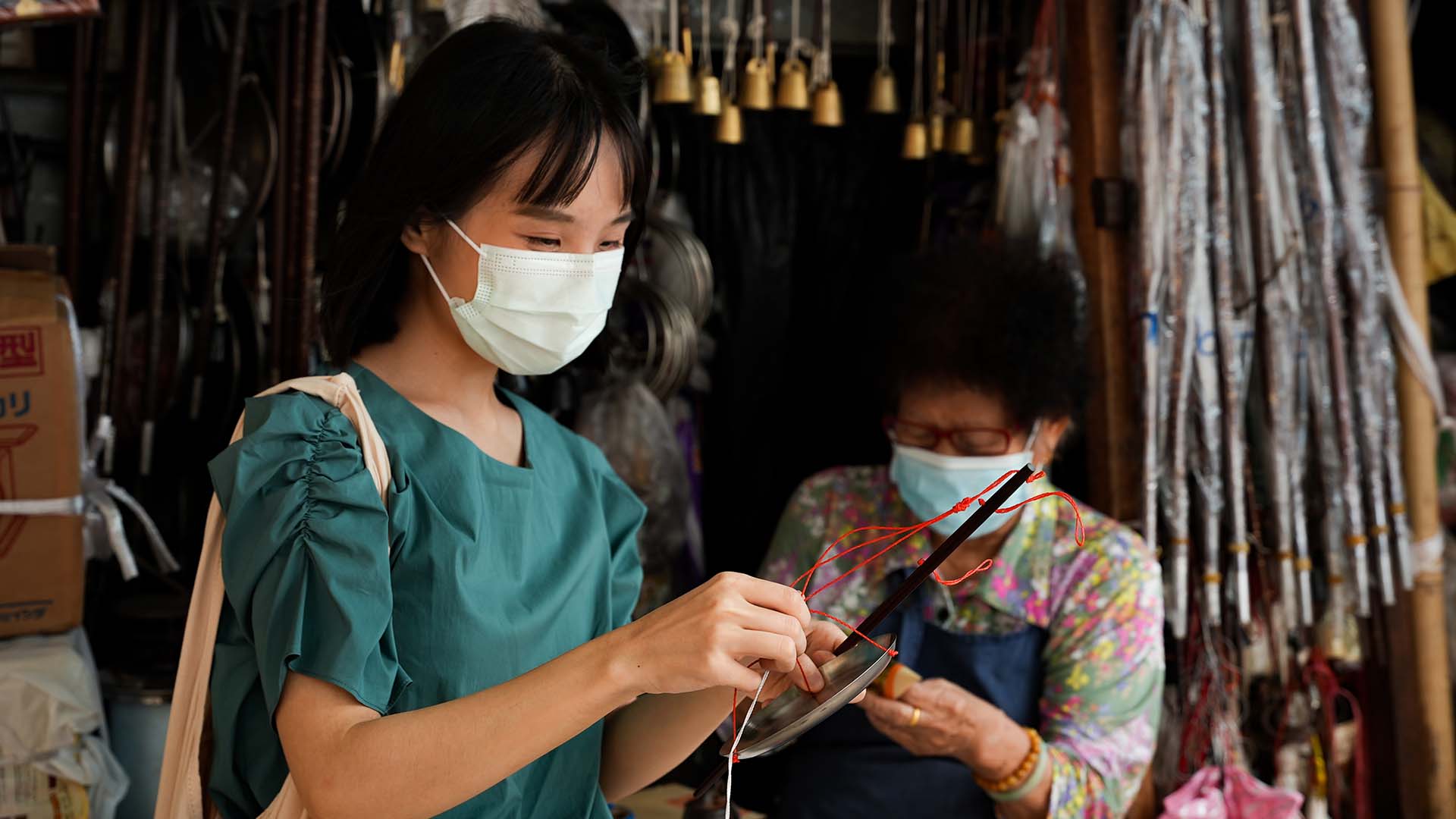 The art of craftsmanship is something that local illustrator and author Rain Haze has been fond of from a young age. She made handicrafts like cloth art, resin art, and dolls, until she came across the wealth of traditional craftsmanship that exists in the city. She visited the old masters that shaped the tubes of neon, carved mahjong tiles by hand, and crafted exquisite embroidered shoes. The craftsmen of West Kowloon are, more often than not, silver haired and steel-willed, bastions of the intangible but palpable spirit of the city. 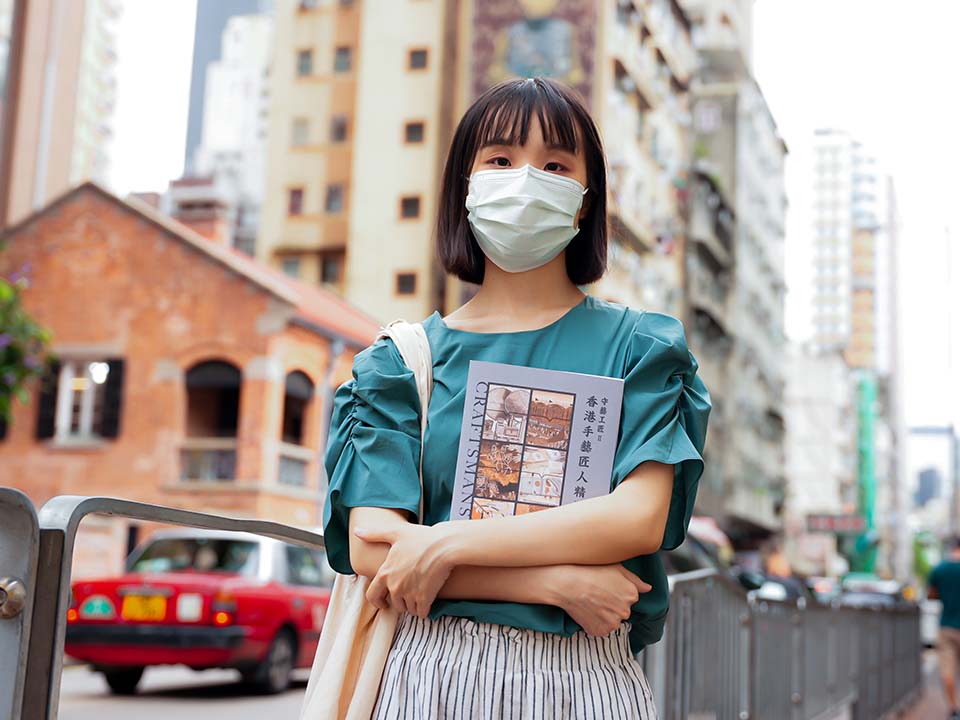 “There are a lot of old shops in Jordan and Yau Ma Tei. The older generation seemed to have a penchant for different crafts, and would have shops and studios in the area. That’s why there are so many old craftsmen in this district,” Rain explains. “I really wish these traditions can be preserved, or someone can help promote or develop these cultures,” she adds. Rain does her part by telling the stories of the craftsmen in the area, out of respect and admiration for their determination. “The craftsmen have dedicated their whole lives to one single craft and to mastering that one craft. They are determined to do their best and keep refining their skills — this is the spirit of craftsmanship,” she explains. 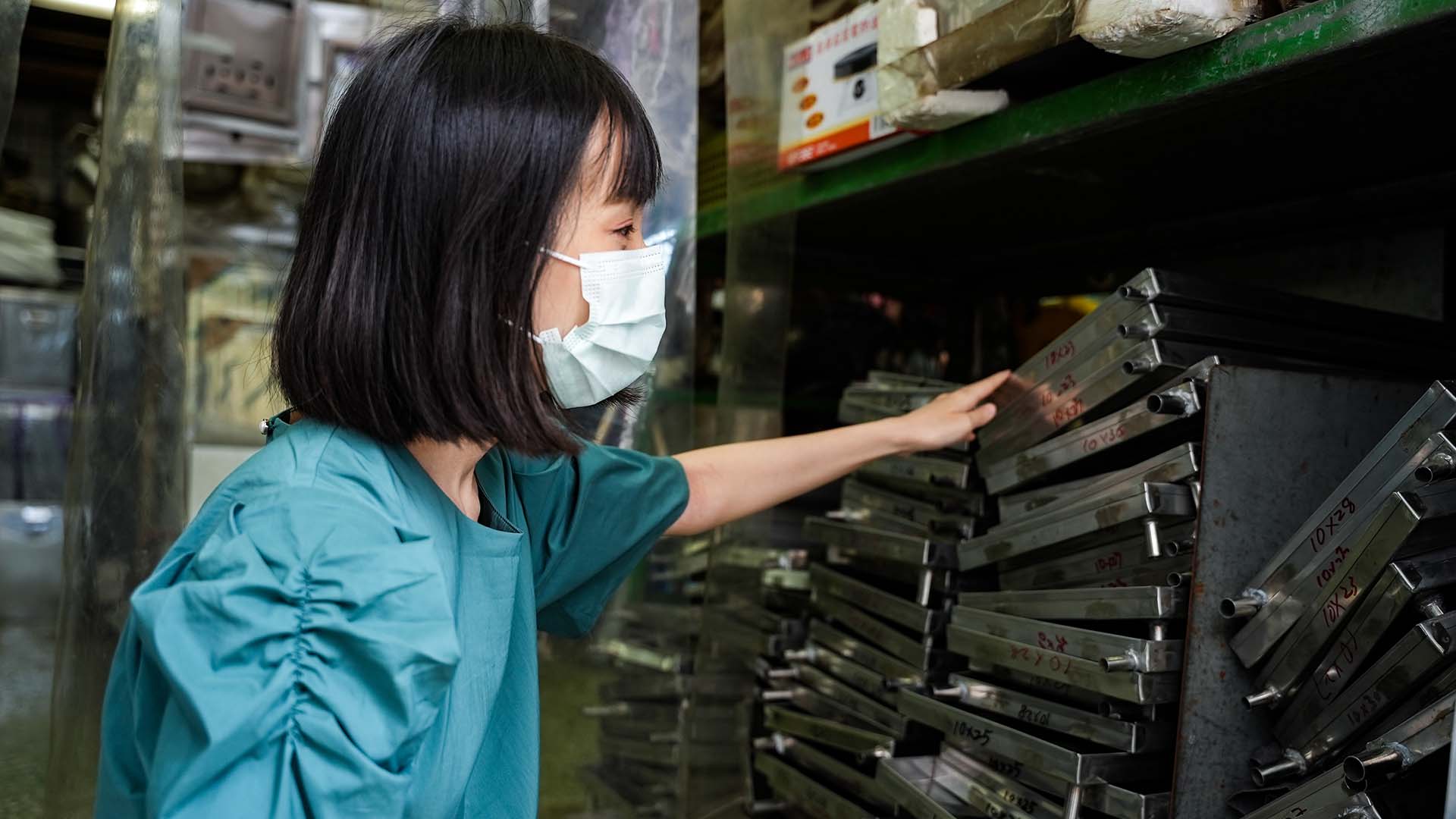 The craftsmen, masters at what they do, make the process look simple. However, each cut and hammer belies the toil and time spent perfecting it. Rain has participated in many workshops hosted by these old masters, and has felt the weight of their legacies in her palm. “They make it seem like it is easy, but it’s not. I tire after just a few minutes of trying to make a copper plate, but each piece takes hours and hours of pounding and heating. Every time I pass by the shop, and I hear the clang of metal on metal, I am reminded of their strength and tenacity,” she says.

Rain recommends visiting some of the old shops in the area while they’re still there, such as Lee Wo Steelyard near Yau Ma Tei Fruit Market, which is the last store of its kind. She also recommends going to Bowring Commercial Centre in Jordan, where two traditional craft shops reside — Sindart, which sells handmade embroidered shoes and accessories, and Shanghai Baoxing Qipao, where a skilled qipao tailor has been sewing away at his workbench since the mid-20th century. 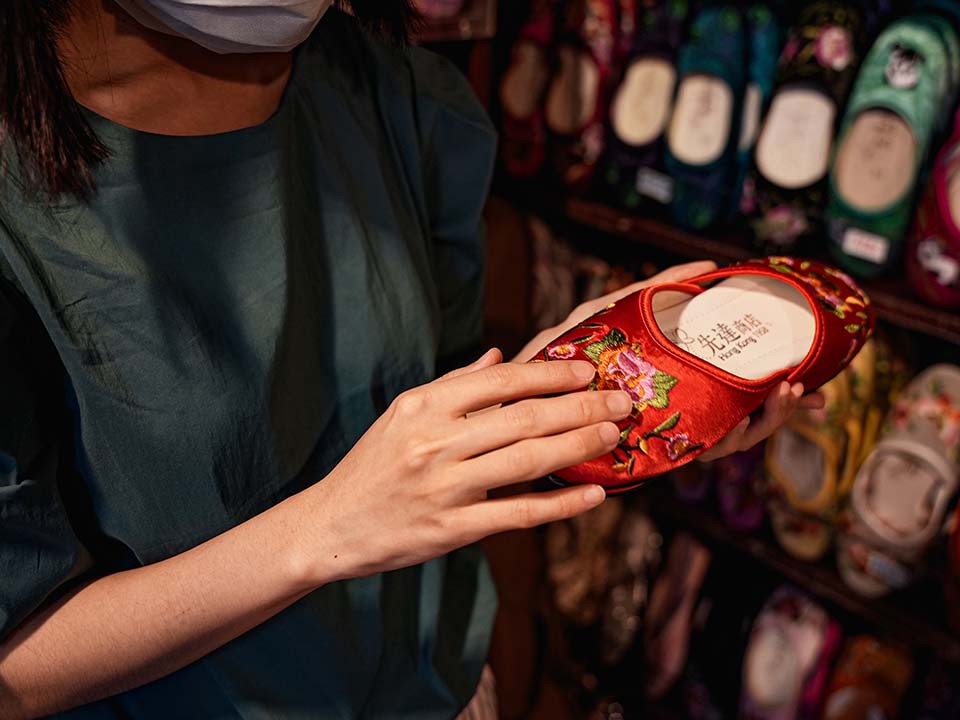 The human touch that many of these traditional arts rely on is what Rain thinks is missing from today’s society, where automation reigns supreme. However, in the name of progress, a lot of these stories are on their last few pages. As Rain has witnessed, “Many of them have accepted their fates, as they have reached retirement age, but they still carry on. They continue with their businesses not to make money. When I went to learn to make copperware, many nearby residents would come by and say hi. The masters have built strong relationships with everyone in the neighbourhood. But ultimately, some things are bound to be lost in time.” 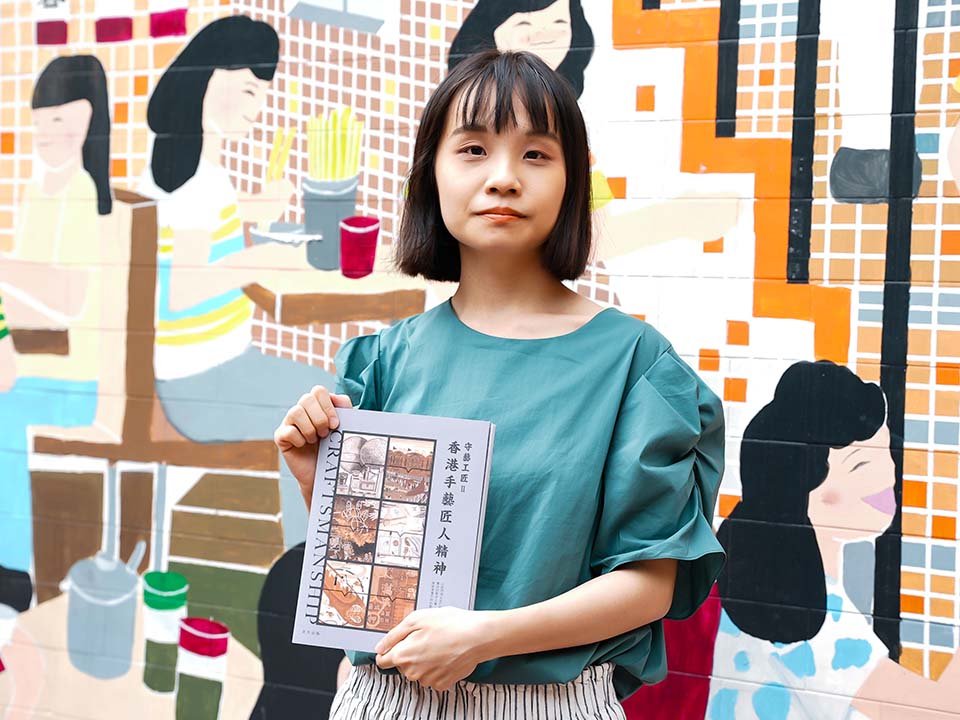 As you walk among the old shops in Jordan and Yau Ma Tei, there is a sense of calm. Time slows as each tick is synced with the sway of steelyards, the decisive press of a seam, and the steady pound of a hammer on copper. Fortunately, it seems that the stories of these old craftsmen aren’t ending, just nearing the beginning of a new chapter. “A lot of social enterprises and artists are working hard at promoting traditional crafts, in many different ways. For example, a company has opened an e-store to sell products made by old craftsmen. Some artists would collaborate and hold exhibitions with the old masters. Social enterprises like Eldage and Life Workshop would hold workshops to promote traditional crafts,” Rain enthused. There is a growing appreciation for handcrafted products, and a deliberate synergy between young artists and old masters. Hand in hand, new chapters will be created, in the spirit of art and artistry. 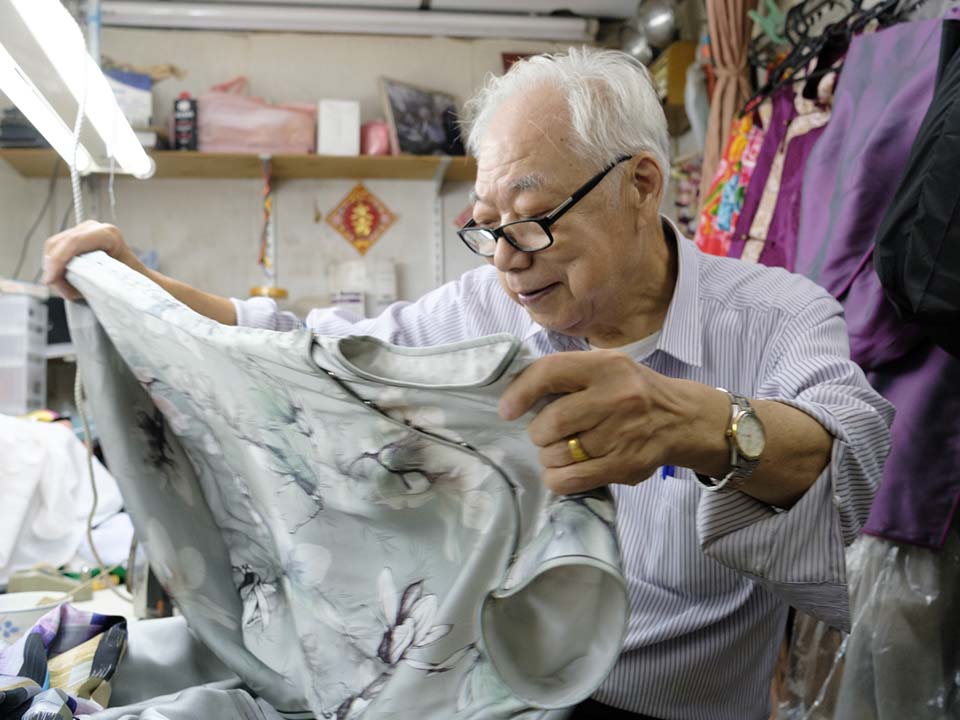 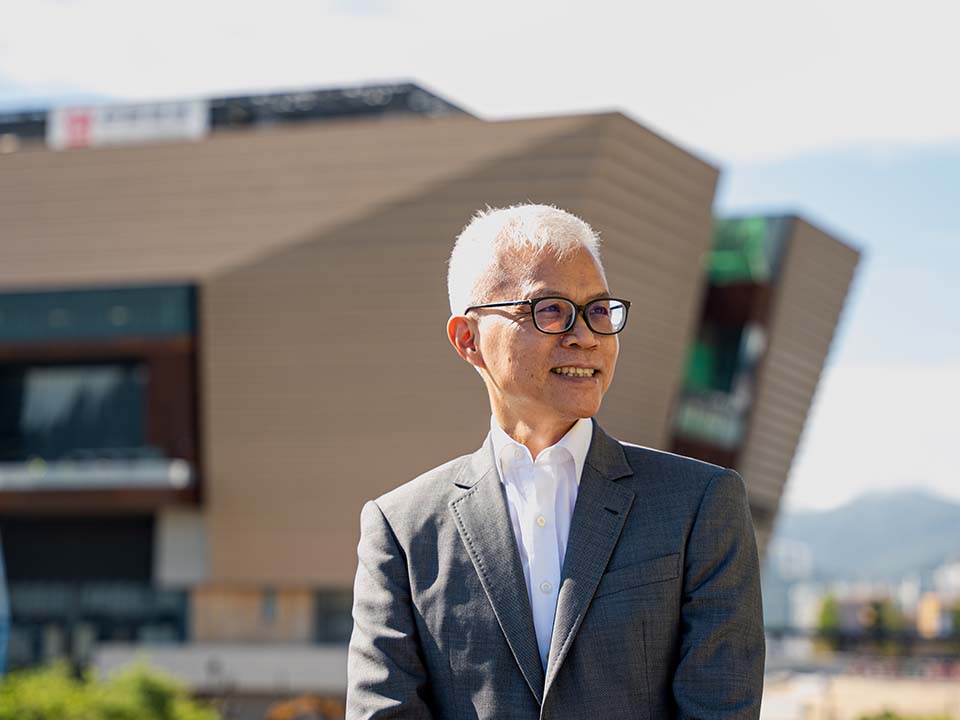 Dr Louis Ng on the story of West Kowloon: art all around