A Central market for our time 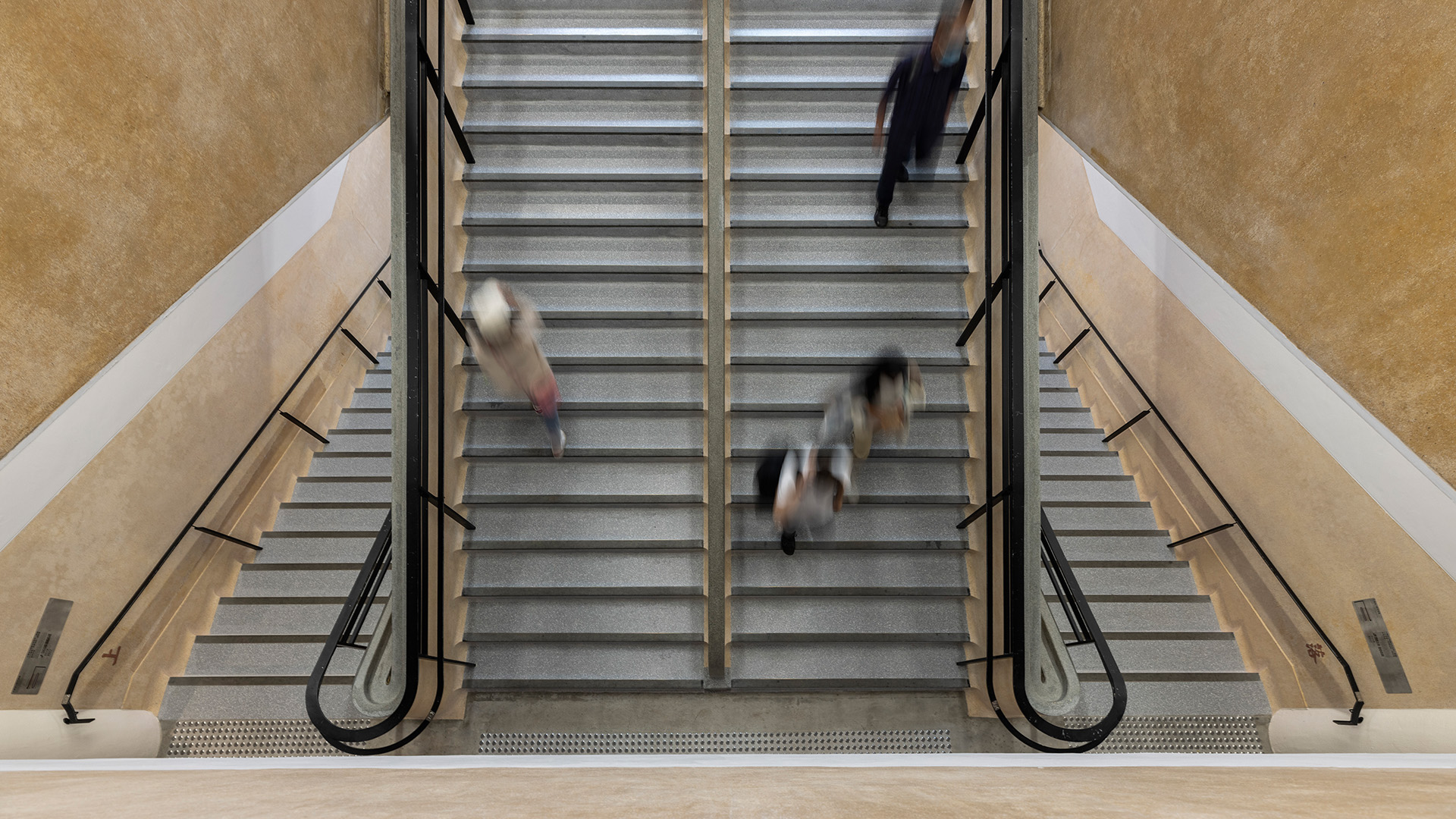 One of Hong Kong’s oldest wet markets and an architectural landmark has received a contemporary renovation that pays homage to its history in a project spearheaded by Chinachem Group and Shadow Design.

With a history dating back to 1842, Central Market has been through multiple transformations since its emergence as one of Hong Kong’s first wet markets. The latest iteration of Central Market was a four-storey building, built in 1939 in the Bauhaus and Streamline Moderne style prevalent at the time. But as the 1990s came and consumer habits changed in the metropolis, parts of the market were slowly converted into linkages and shopping booths until Central Market ceased operation in 2003. Six years later it was announced that Central Market would be taken over by the Urban Renewal Authority for revitalisation, a revamp of the 11,330-square-metre landmark that would be led by property developer Chinachem Group and its Executive Director and CEO Donald Choi. “It was to be preserved and adapted for commercial, cultural and/or community use, where people can dine, shop and work with a curated heritage experience,” says lead project architect Vincent Ng, whose firm AGC Design Limited was responsible for the restoration process. 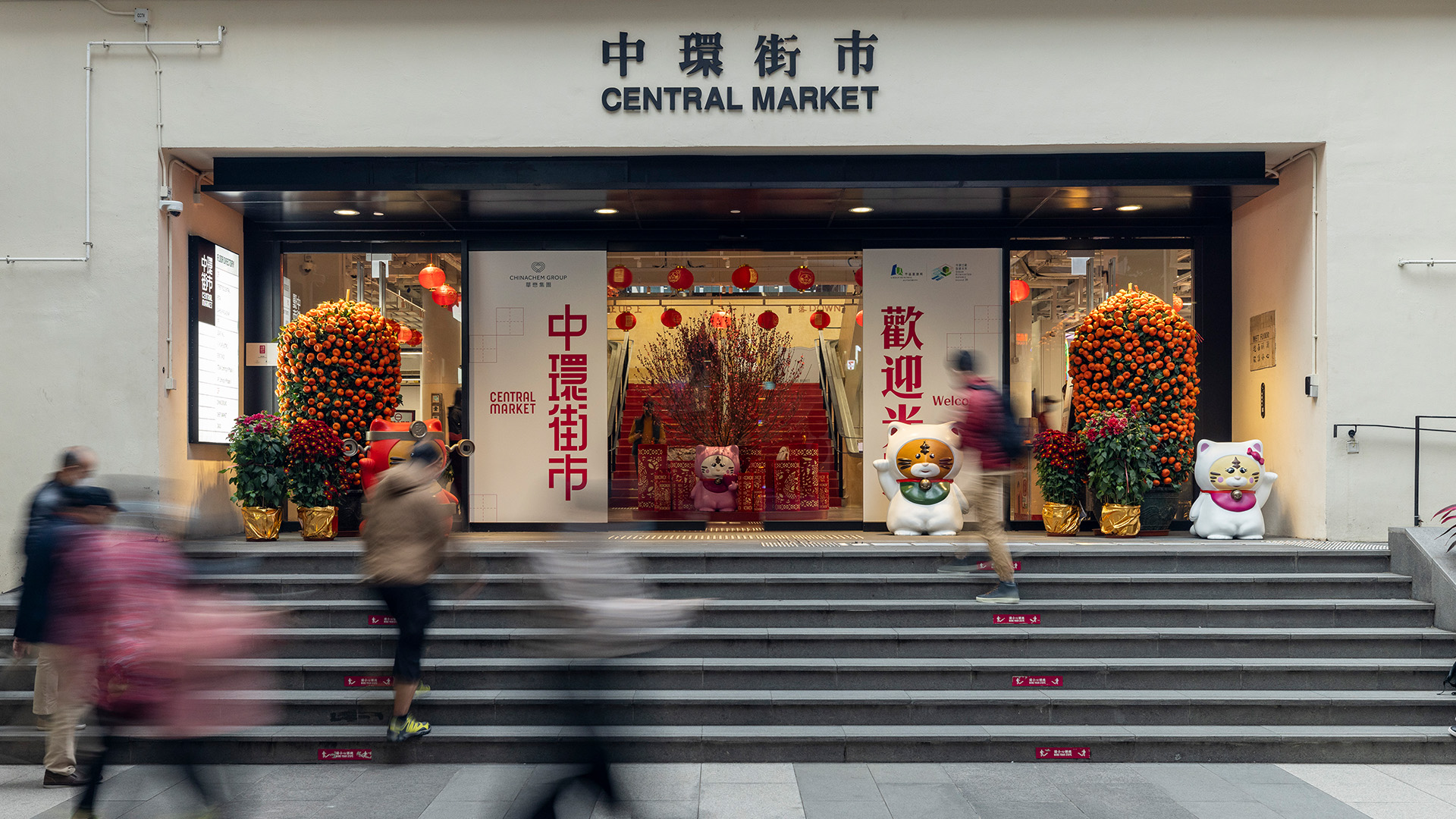 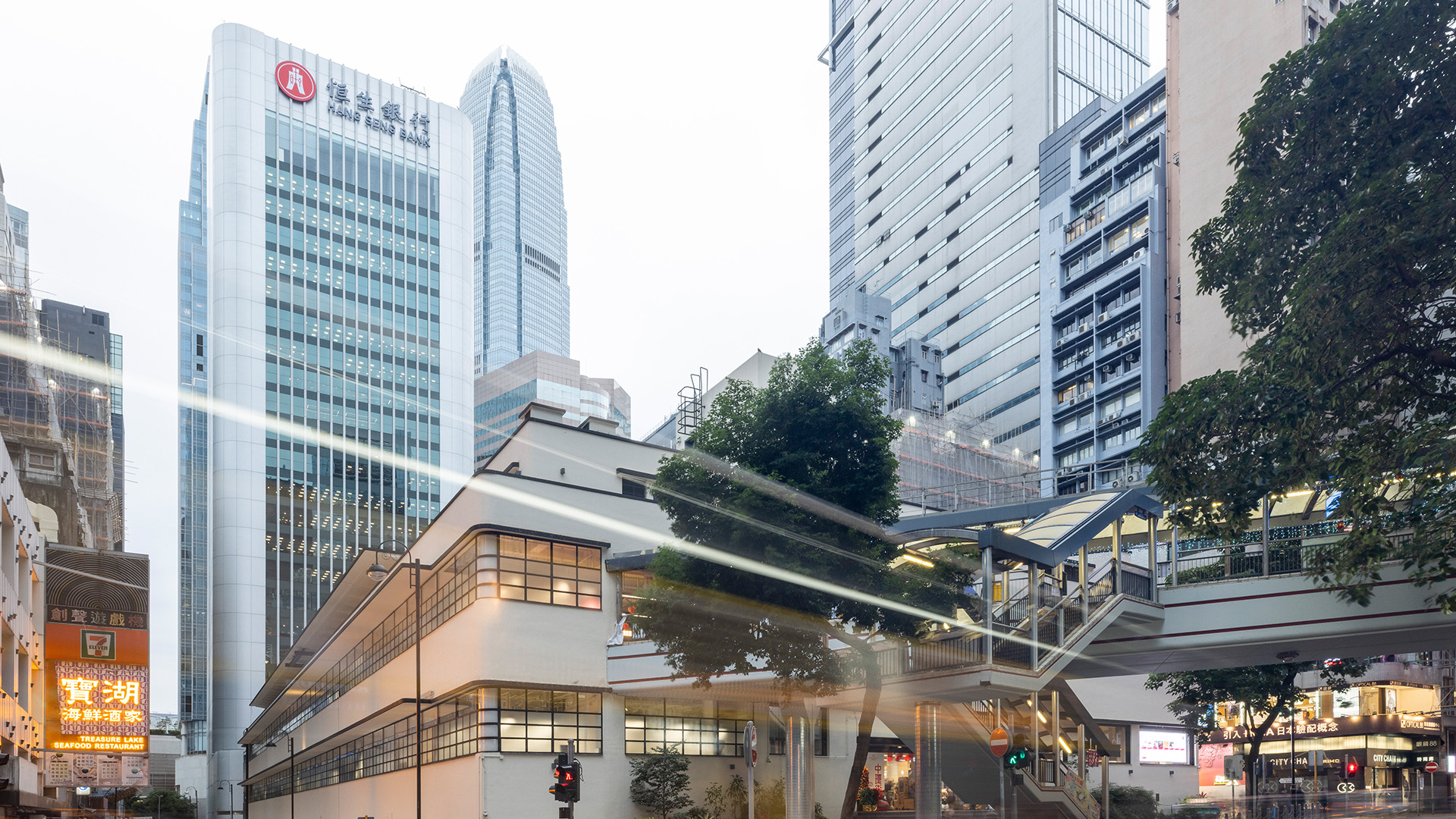 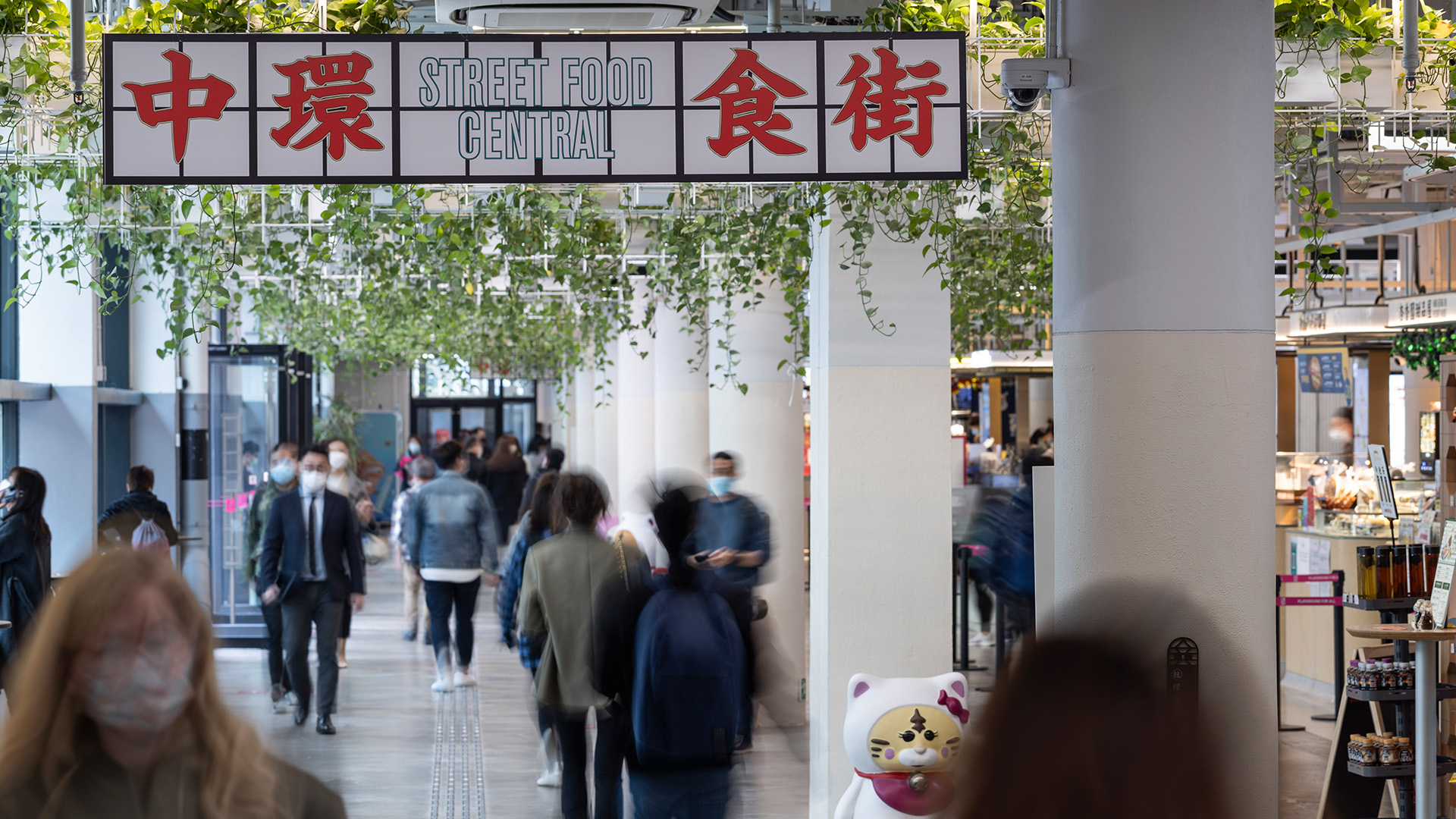 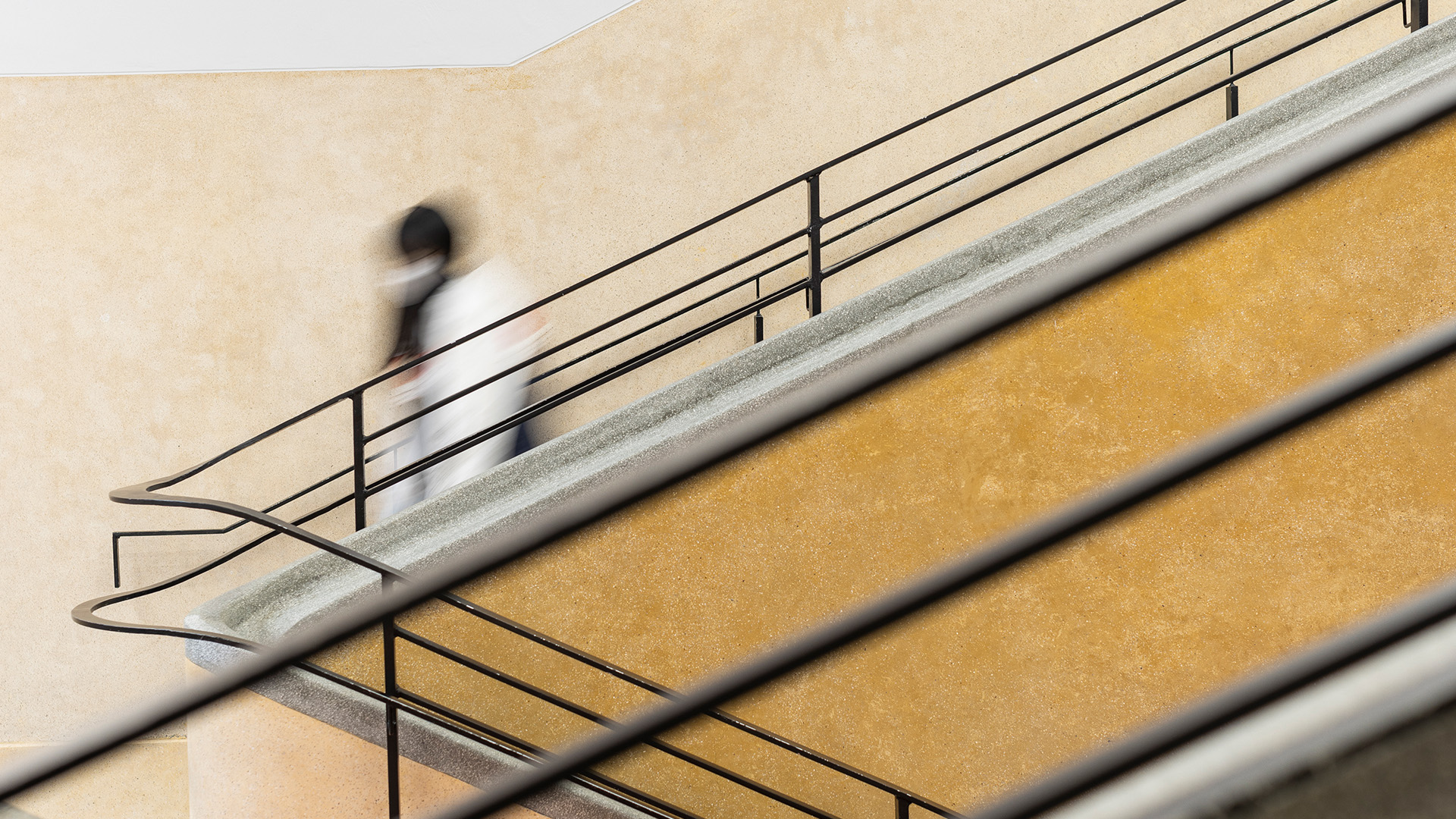 According to Choi, “Our goal for the reimagination of the Central Market is a future-proof space that changes and develops over time, reflecting the evolving desires and interests of its diverse users.” While looking to the future, it was still imperative that the design of the Grade III historic building needed to be preserved, a task that project designers Benjamin Lam and Kin Cheong Chan of local firm ShadowDesign committed themselves to. With the motto ‘Playground for All’, the three-level establishment reopened its doors in August 2021, split into three core concepts: a boundary-less spatial experience, a green urban oasis and a curated heritage experience, all echoing the vision for a landmark that is “Approachable, energetic and gregarious”. The architects were inspired by the building’s expressive horizontal lines, as well as its original style. “We adopted the unique architectural language in our design of the stalls and public spaces,” Chan explains. 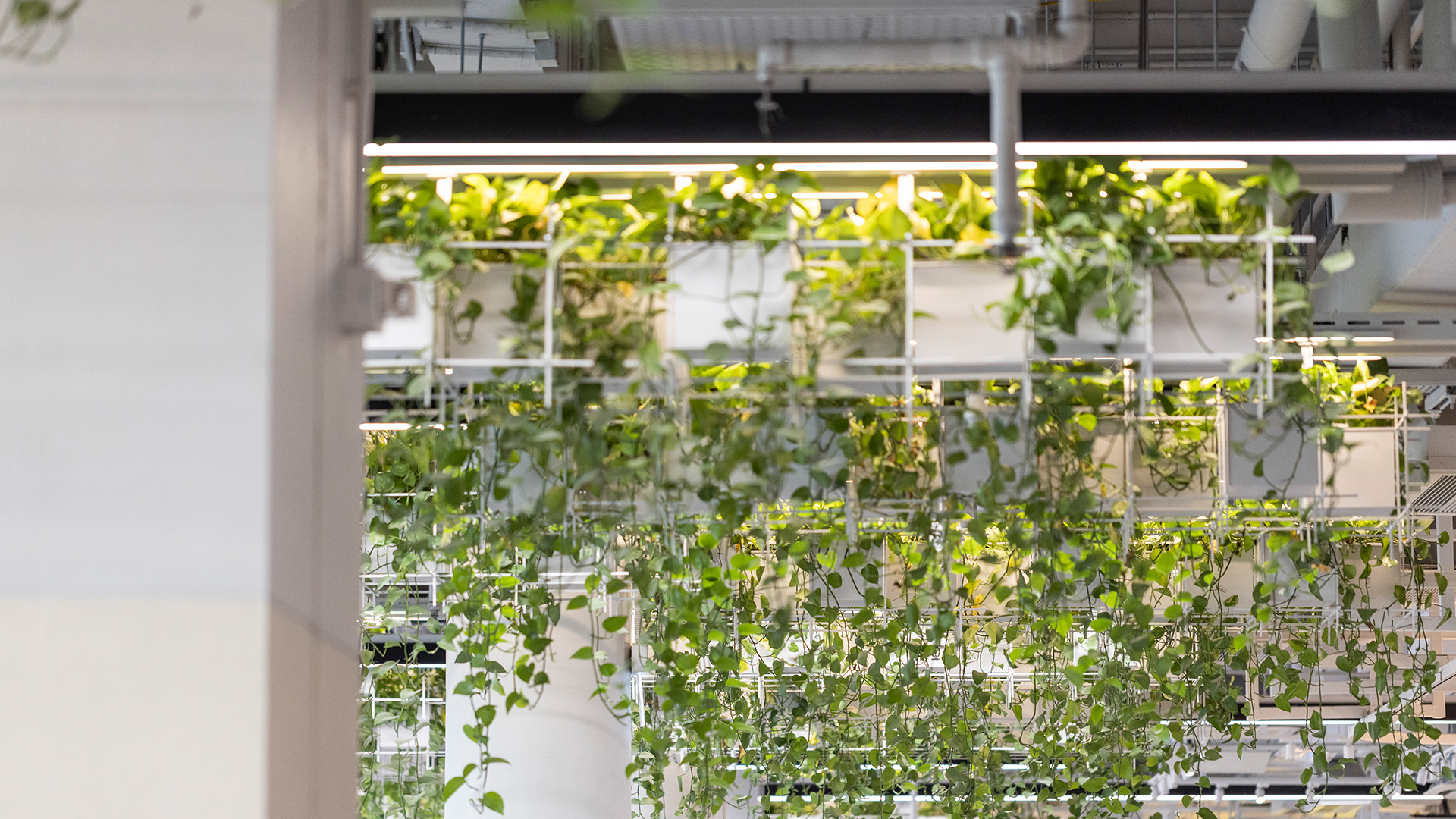 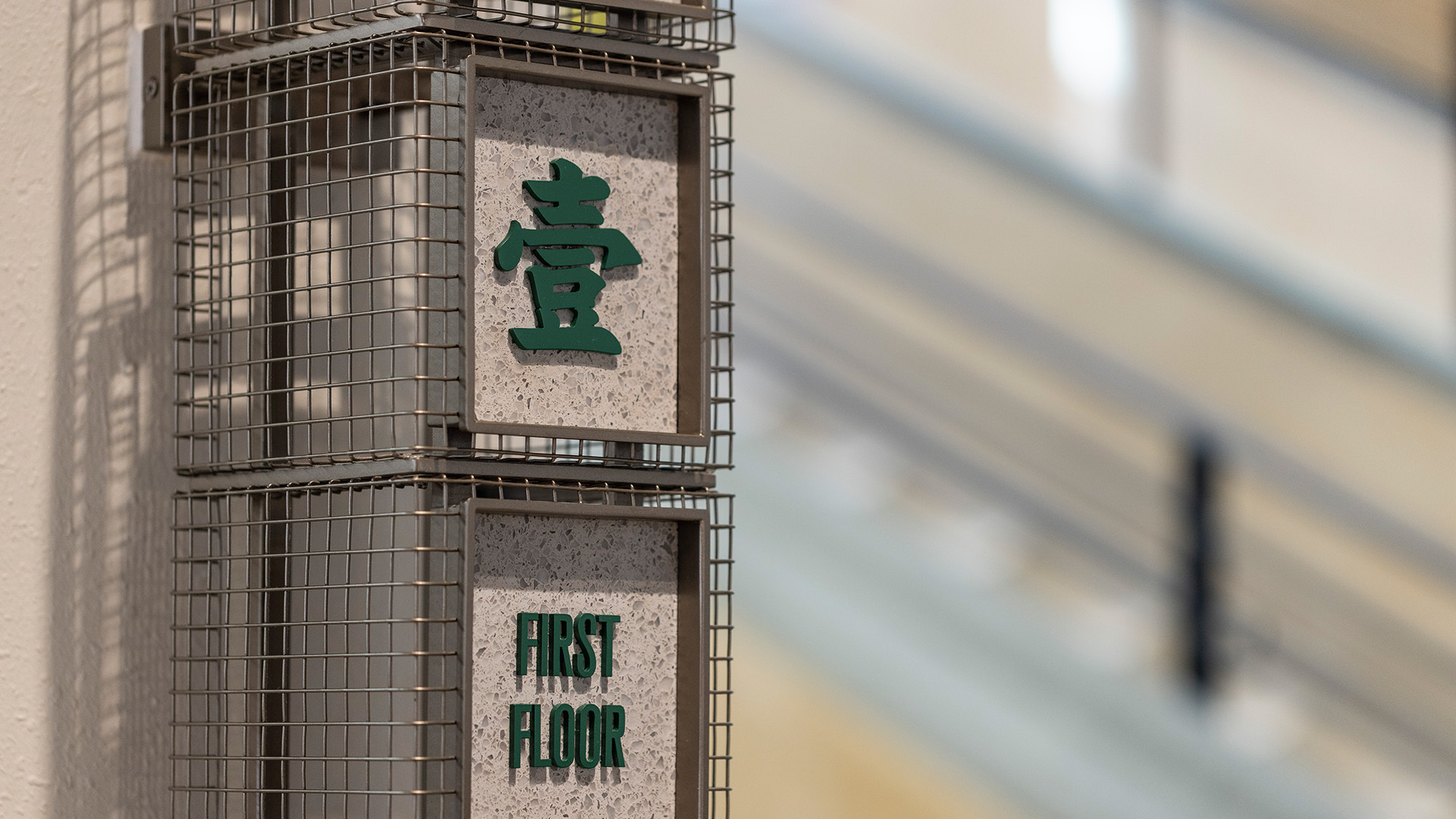 Different entrances lead into the ground floor space, while shops are designed as individual islands separated by green partitions. More than 500 mini lampshades — a symbol of the classic wet market — hang above the ground floor entrance, their traditional red and contemporary bronze symbolising the meeting of old and new. The market’s original built structure remains mostly unchanged, with the historical red brick walls and hanging clock of the grand staircase kept as a testament to its predecessor. Greenery fills the grounds both indoors and outdoors, including an air-filtrating arcade of 400 green plants in the corridor. 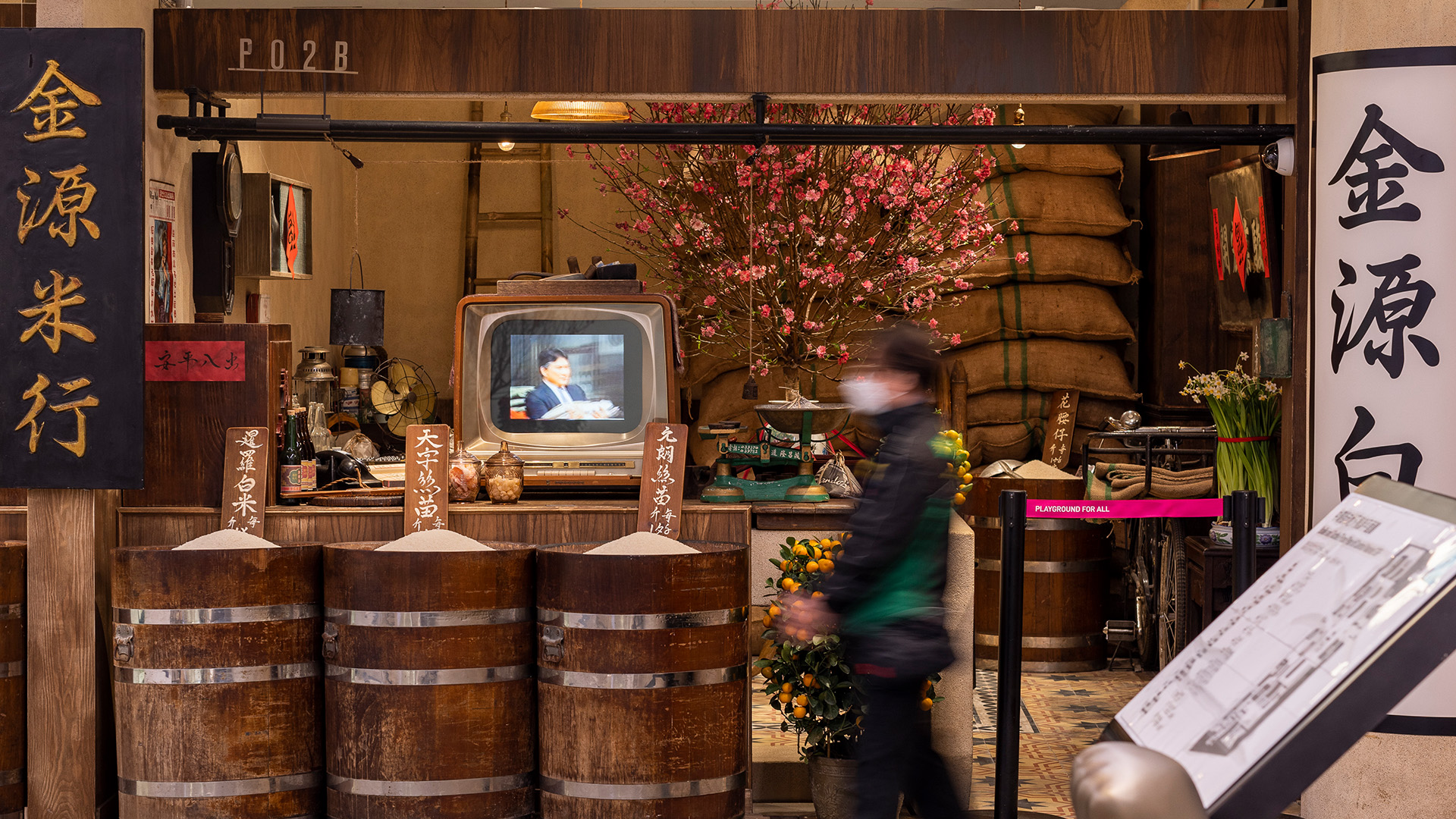 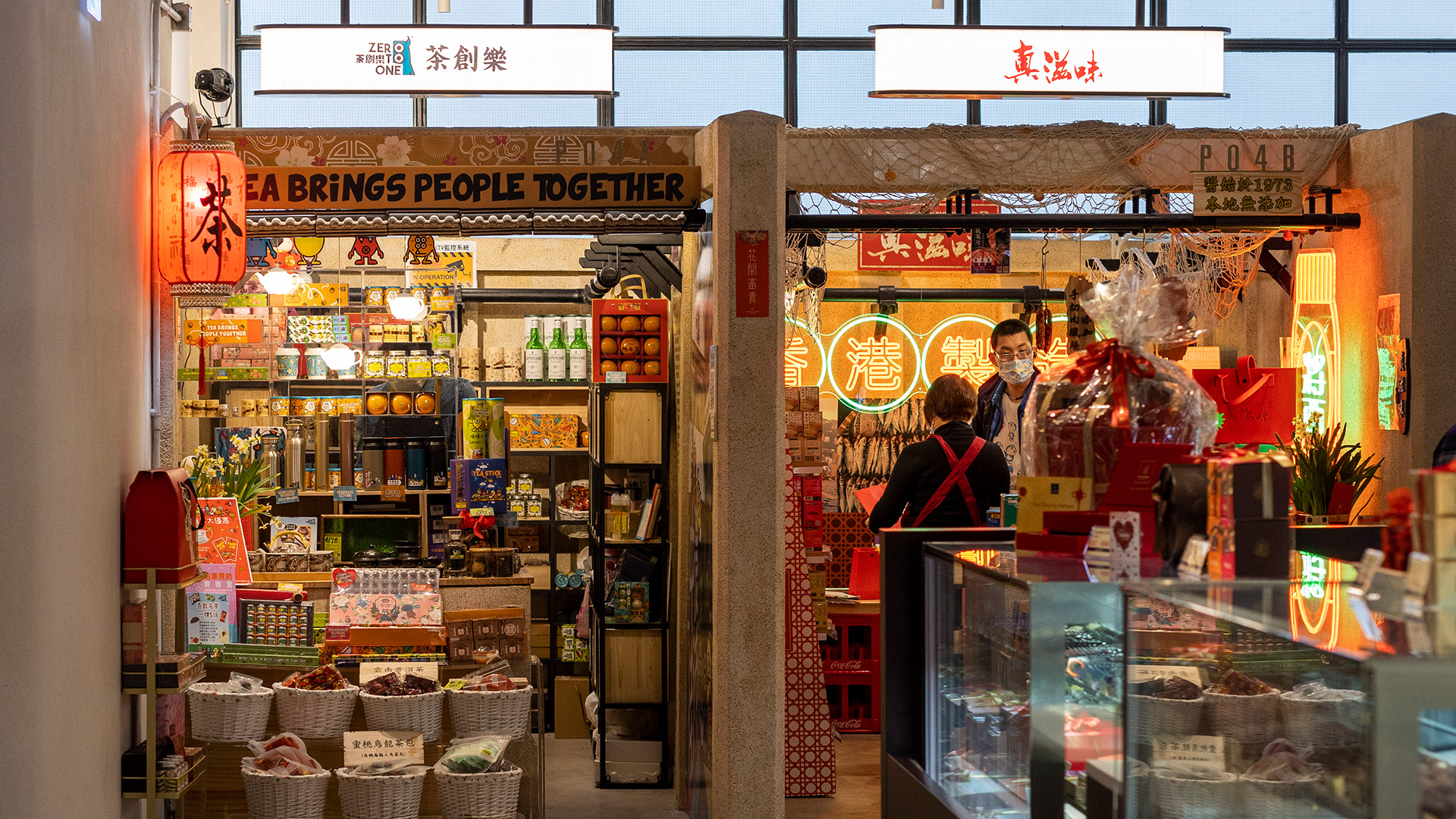 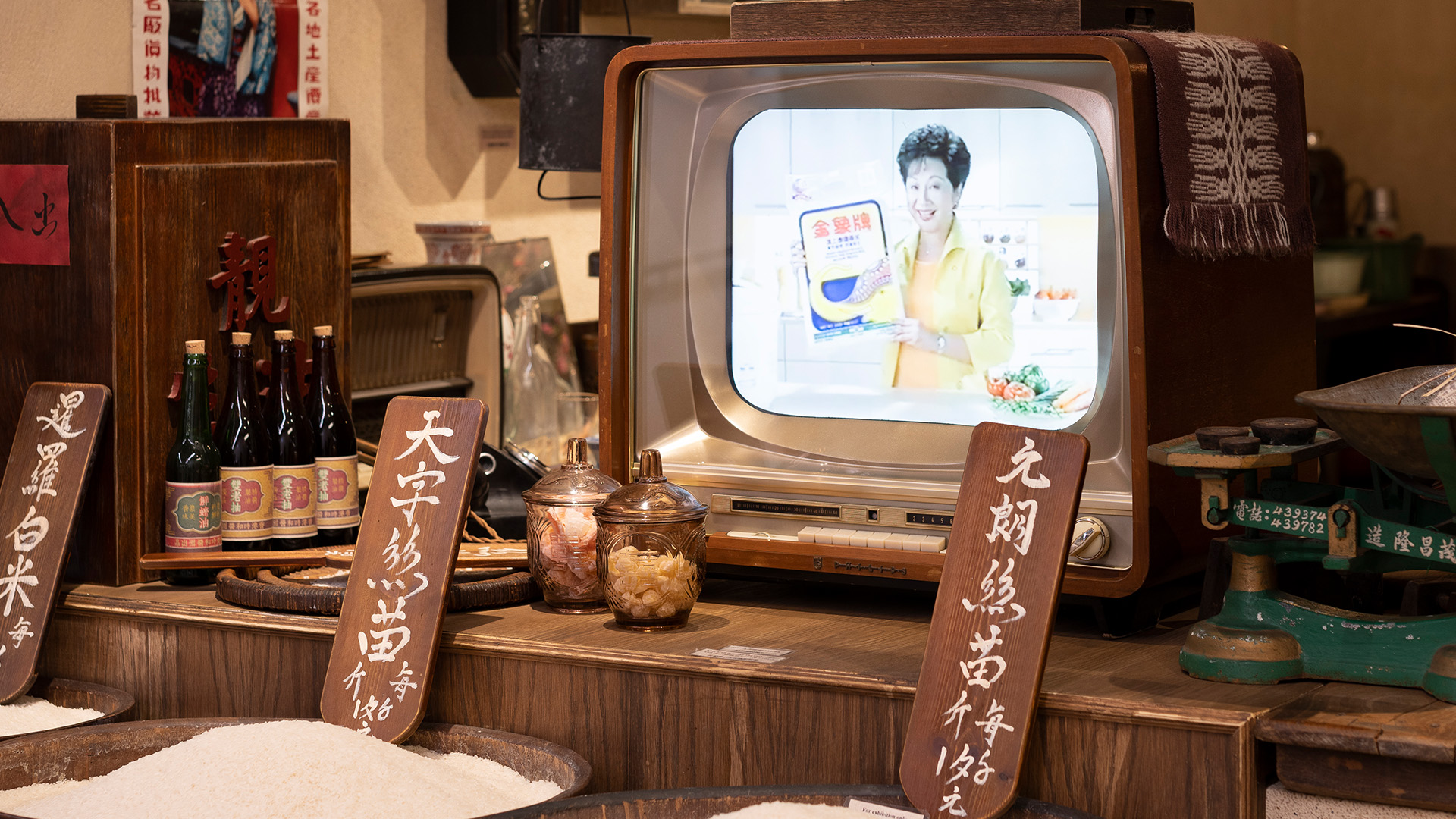 Of the original market stalls, 13 remain, and displays of traditional shop signs and signage hark back to Hong Kong’s past. “This nostalgic concept was brought from the past, reminiscing about Hong Kong in the 70s and 80s,” says Lam. What’s more, the traditional terrazzo and Shanghai plastering that was widely used in the original market has been incorporated into the revived space, with 35 of the F&B stalls featuring this type of traditional terrazzo.

Vendors also pay tribute to local heritage. Co-founder of local brewery Mak’s Beer Mark Mak says he uses local ingredients like longan and lemongrass in his recipes to support local agriculture, while the Hong Kong Tram Store sells collections of old-school souvenirs that take you back to the later years of 20th-century Hong Kong. Echoing this sentiment, Chan says “With its 21st-century interpretation, we envision the history of the market will continue to grow and become the collective memories of the future.” 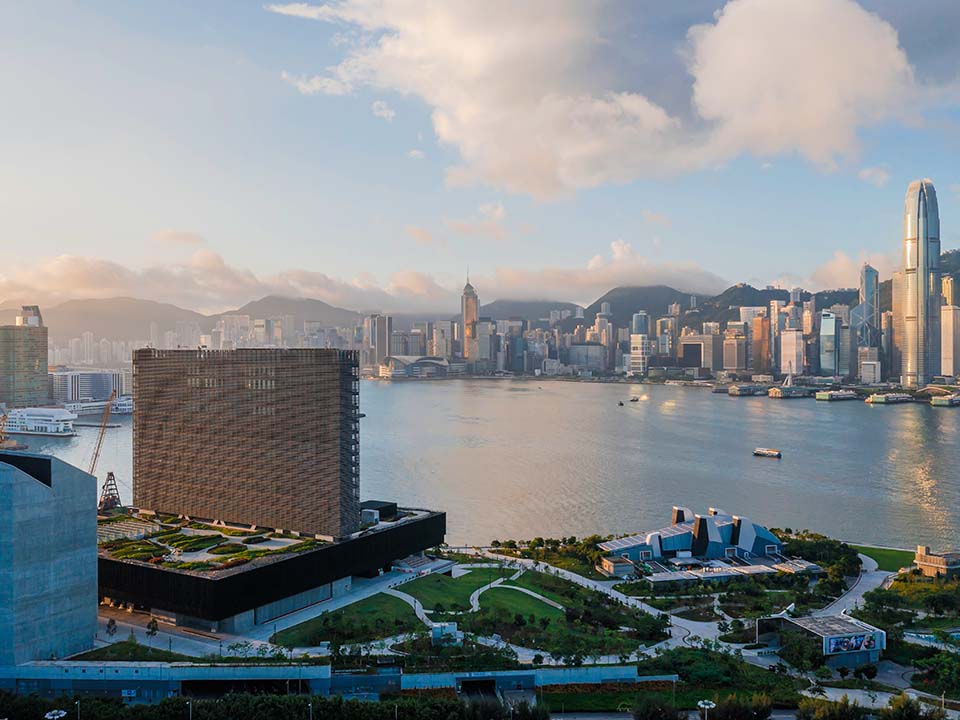 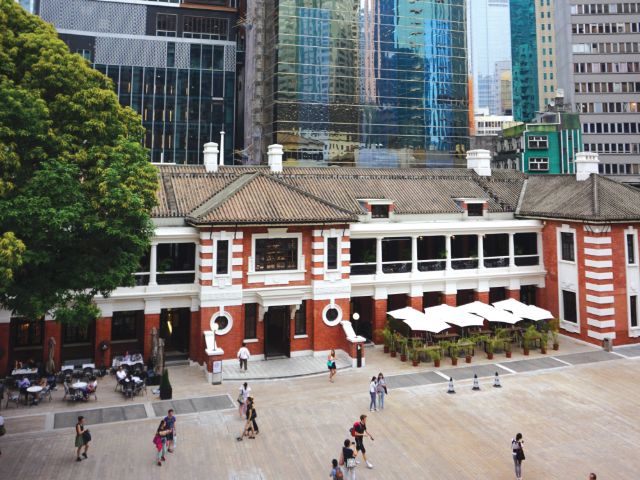