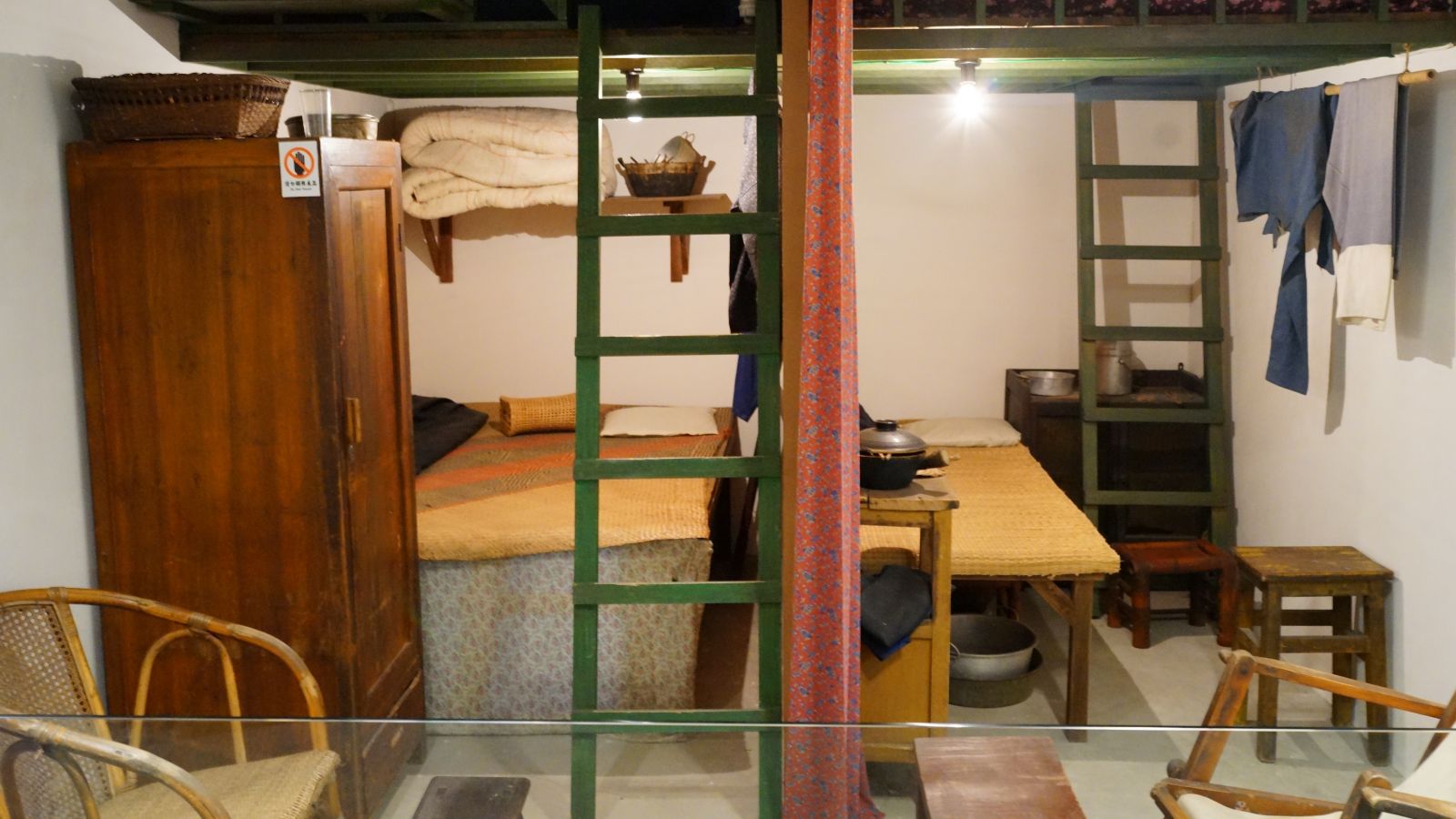 Professor Joseph Ting, pre-eminent historian of Hong Kong, recommends architecture and streets that speak to the neighbourhood’s past

A pre-eminent scholar of Hong Kong history, Professor Joseph Ting sees Sham Shui Po as a district with a rich cultural heritage and a lot of sites and attractions that speak to the city’s East-meets-West past. Just take a stroll down Yen Chow Street, for example, and you’ll see neoclassical monuments such as the Sham Shui Po Police Station sitting side by side with Chinese-style tenement buildings known as tong lau. For those who are interested in the more recent history of Hong Kong, Professor Ting recommends visiting the Heritage of Mei Ho House museum, which features a fascinating exhibition on living and social conditions in Hong Kong since the 1950s.

Originally part of the Shek Kip Mei Estate that was constructed after a massive fire left nearly 58,000 homeless in 1953, Mei Ho House is a physical symbol of the beginning of Hong Kong’s public housing policies. The building has been awarded an honourable mention by the UNESCO Asia-Pacific Heritage Awards for Cultural Heritage Conservation and now serves as a popular youth hostel. To celebrate the history of Sham Shui Po, the building also houses the Heritage of Mei Ho House museum, which documents the development of public housing and living conditions in Hong Kong from the 1950s to the 1970s.

The Precious Blood Convent Get me there {{title}} Address {{address}} Website {{website}} More info played an important role in the welfare of the community when it opened its doors in 1929. Not only did it provide shelter and free medical care to the poor, it was also an orphanage for abandoned babies. Today, the neoclassical building is not open to the public, but it can still be admired from the street, where it stands as a symbol of charity and commitment to those who are in need.

As one of the main streets in Sham Shui Po, Yen Chow Street Get me there {{title}} Address {{address}} Website {{website}} More info is where you’ll find some of the most important landmarks in the district. Not only is it home to many historic buildings, such as the Sham Shui Po Police Station, it’s also the entry point to Dragon Centre — the largest shopping mall in the area.

The Sham Shui Po Police Station Get me there {{title}} Address {{address}} Website {{website}} More info was built in 1925 to help monitor the western side of Victoria Harbour and also to combat rising crime rates during one of the most difficult periods of social and economic turmoil for the Sham Shui Po District. The station is composed of five buildings with block C being the oldest. Now a Grade II historic building, it mixes elements of traditional Chinese architecture with Western trends that were popular at the time, including the pagoda-style roof that sits atop colonnades and keystone arches.

This memorial park is located on an important historical site. Formerly the Sham Shui Po Barracks in the 1920s, this piece of land became the main POW camp during the Japanese Occupation of Hong Kong. As you stroll through this stretch of tranquil greenery, you’ll find two plaques erected in 1989 and 1991 to commemorate those who perished in the POW camp.

Taking a stroll down Kweilin Street Get me there {{title}} Address {{address}} Website {{website}} More info is like taking a trip back in time. The long stretch is dotted with plenty of fascinating historic sites, including the Tin Hau Temple built in 1901, the former campus of the New Asia College, as well traditional tenement buildings (known as tong lau) that date back to the early part of the 20th century.

This medical centre gave Yee Kuk Street its name (‘yee kuk’ means clinic in Cantonese). A Grade II historic building, this construction was built in the 1930s after its former site, also on Yee Kuk Street, was deemed insufficient to meet the medical needs of local residents. The building is no longer open to the public, but you can still admire the stunning art deco architecture from the outside; the building’s pillars are adorned with Western classical motifs while the balcony railings feature bamboo-shaped Chinese ceramic tiles — a beautiful example of Hong Kong’s East-meets-West ethos.

Constructed in 1891, Kwan Tai Temple Get me there {{title}} Address {{address}} Website {{website}} More info is the only place of worship in Kowloon dedicated to the God of War and Righteousness. This Grade II historic building is a great example of traditional Lingnan architecture and includes many stunning features, including a giant bronze bell and crescent blade. The temple is open to the public on most days but it becomes a real spectacle on the 24th day of the sixth lunar month, when crowds arrive in droves to celebrate Kwan Tai’s birthday.

Two temples in one complex, Sam Tai Tsz Temple is a Grade II historic building originally built in 1898 by Hakka immigrants to honour their patron deity, Sam Tai Tsz, after a particularly deadly plague swept through Sham Shui Po. Full of fascinating details, the temple houses cultural relics that date back to the late Qing dynasty (1644-1911). After exploring this fascinating site, head next door to Pak Tai Temple — a Grade III historic building built by local fishermen in 1920 to honour the Emperor of the North, the eponymous Pak Tai.

This busy street is lined with shops and stalls selling all sorts of electronic gadgets. You’ll never know what bargain you might find here, from the latest mobile phone accessories to vintage typewriters and home appliances. While you’re here, be sure to check out Audio Space. Not only is this store known for its high-quality audio products, it was also featured in the iconic 2002 Hong Kong crime-thriller, Infernal Affairs, starring Andy Lau and Tony Leung. 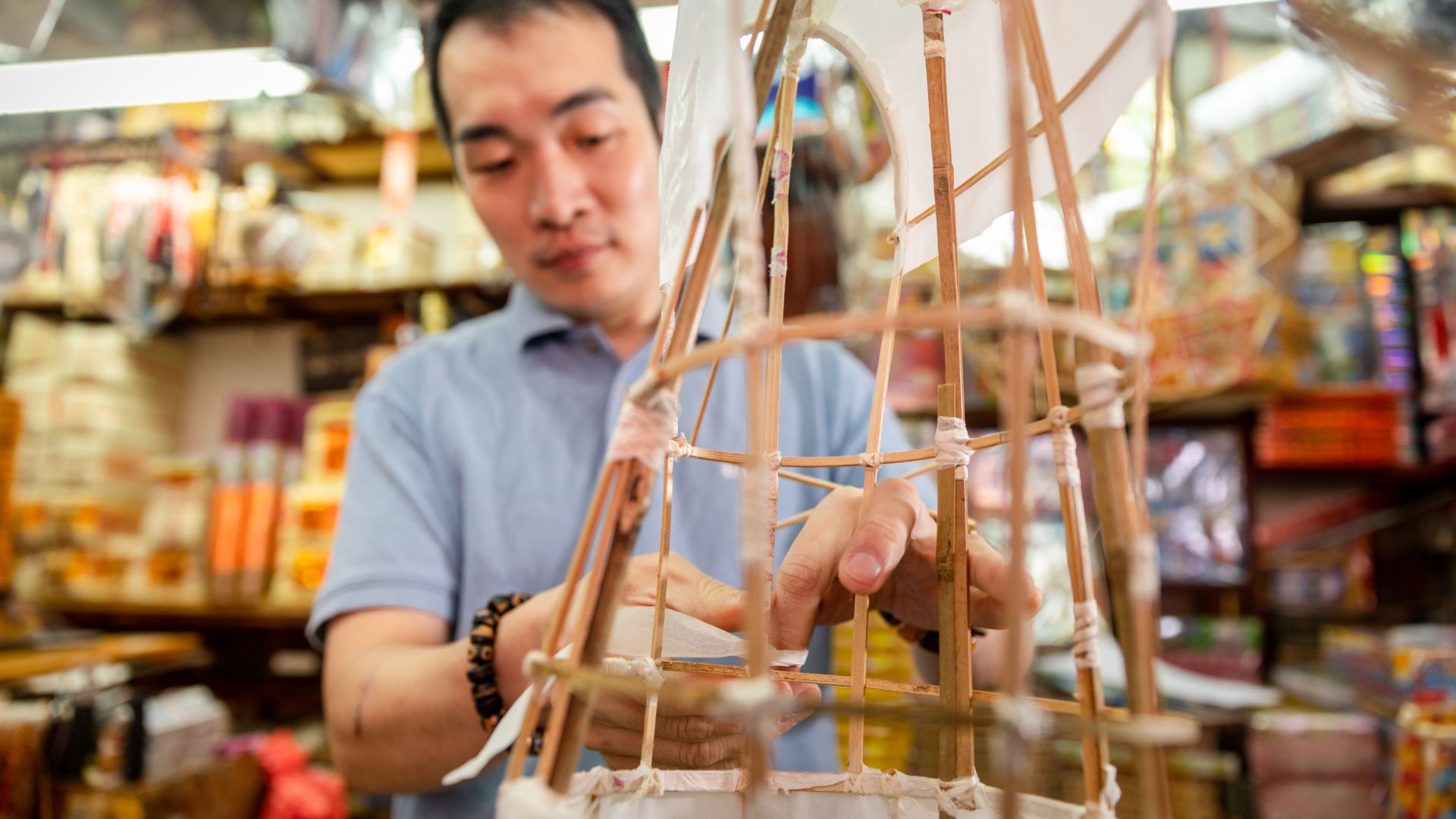 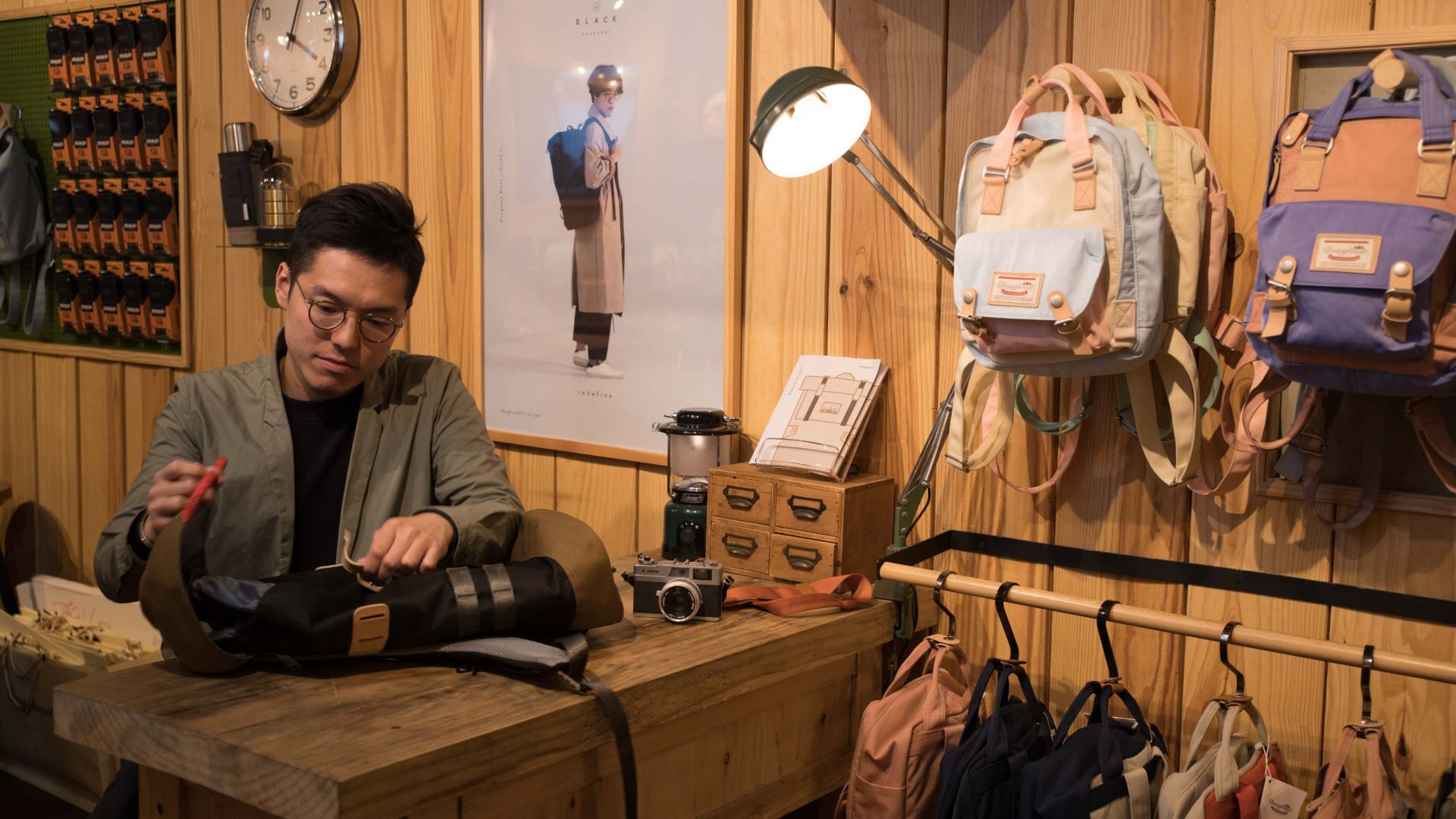 Meander through a creative local neighbourhood