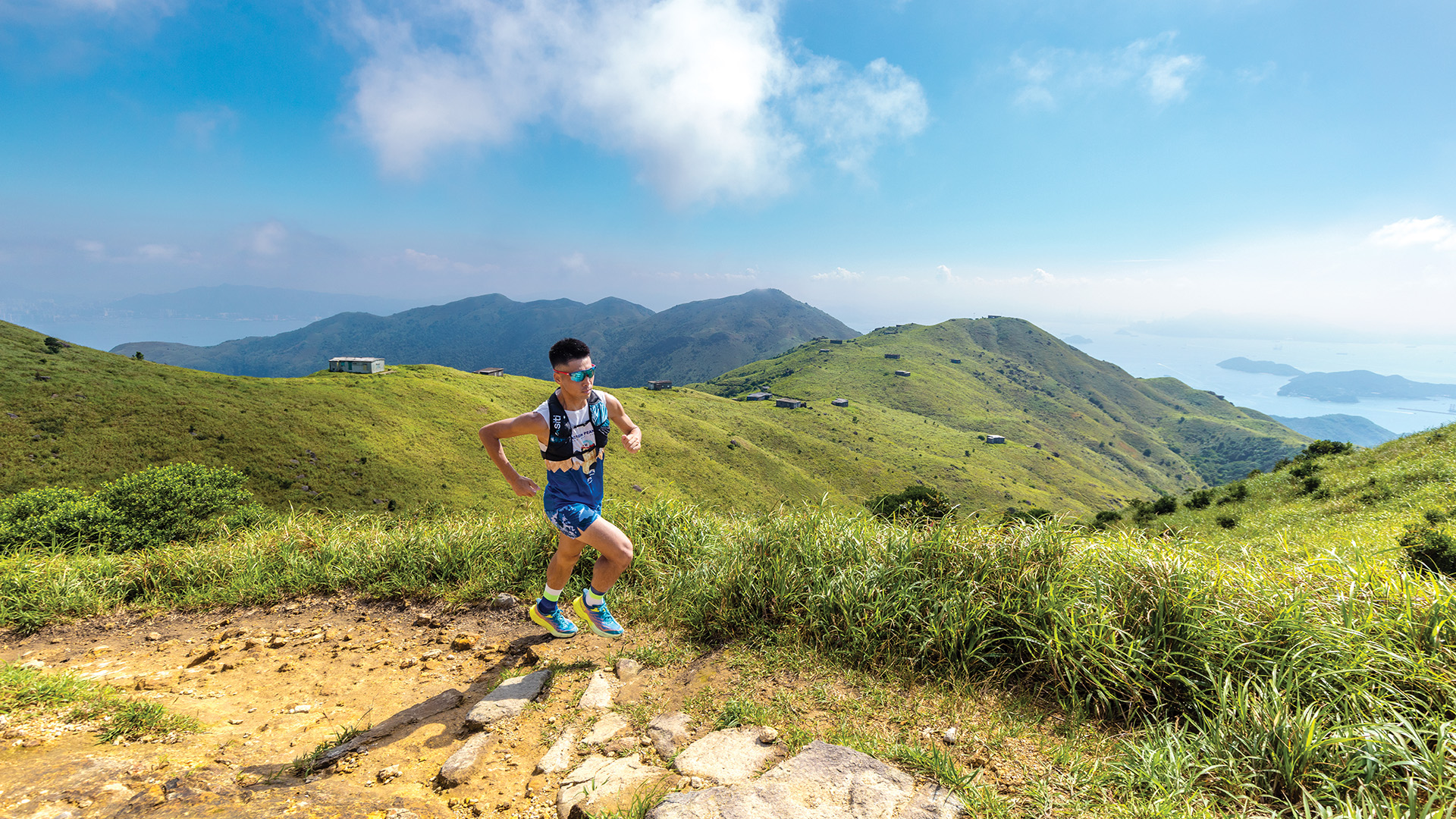 Running enthusiasts can test their endurance on a wide range of hiking trails in the city — sometimes for hundreds of kilometres at a time. But there is also plenty of scope for beginners in the sport, too, says Law Chor Kin, a 45-year-old Hong Kong champion trail runner, who has competed in more than 100 ultra-distance races over the past 22 years, and once conquered Hong Kong’s 100 tallest peaks over a three-day period. 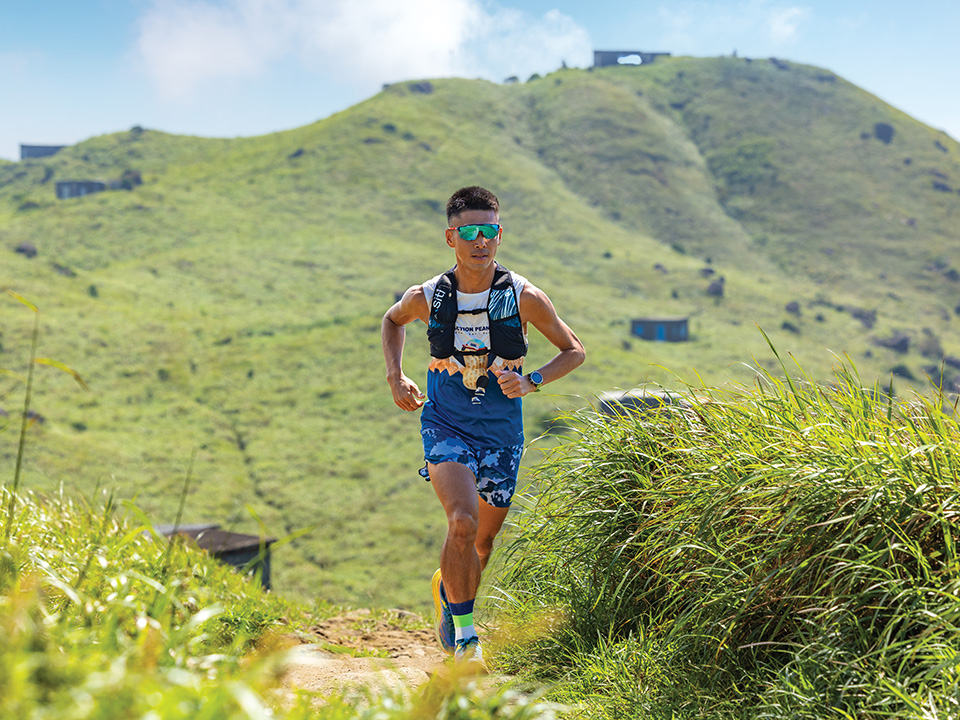 “Hong Kong’s trail running scene is now thriving compared with when I first started,” he says. The sport has grown in popularity, especially among those who love to explore nature while competing around the world.

Hong Kong’s trail races are typically between 50 km and 100 km, which are shorter than those held abroad, he says. Many have gained entry to international events by running in Hong Kong races. “The trails here are more beginner-friendly as they are usually clearly signposted, so it’s hard to get lost.” 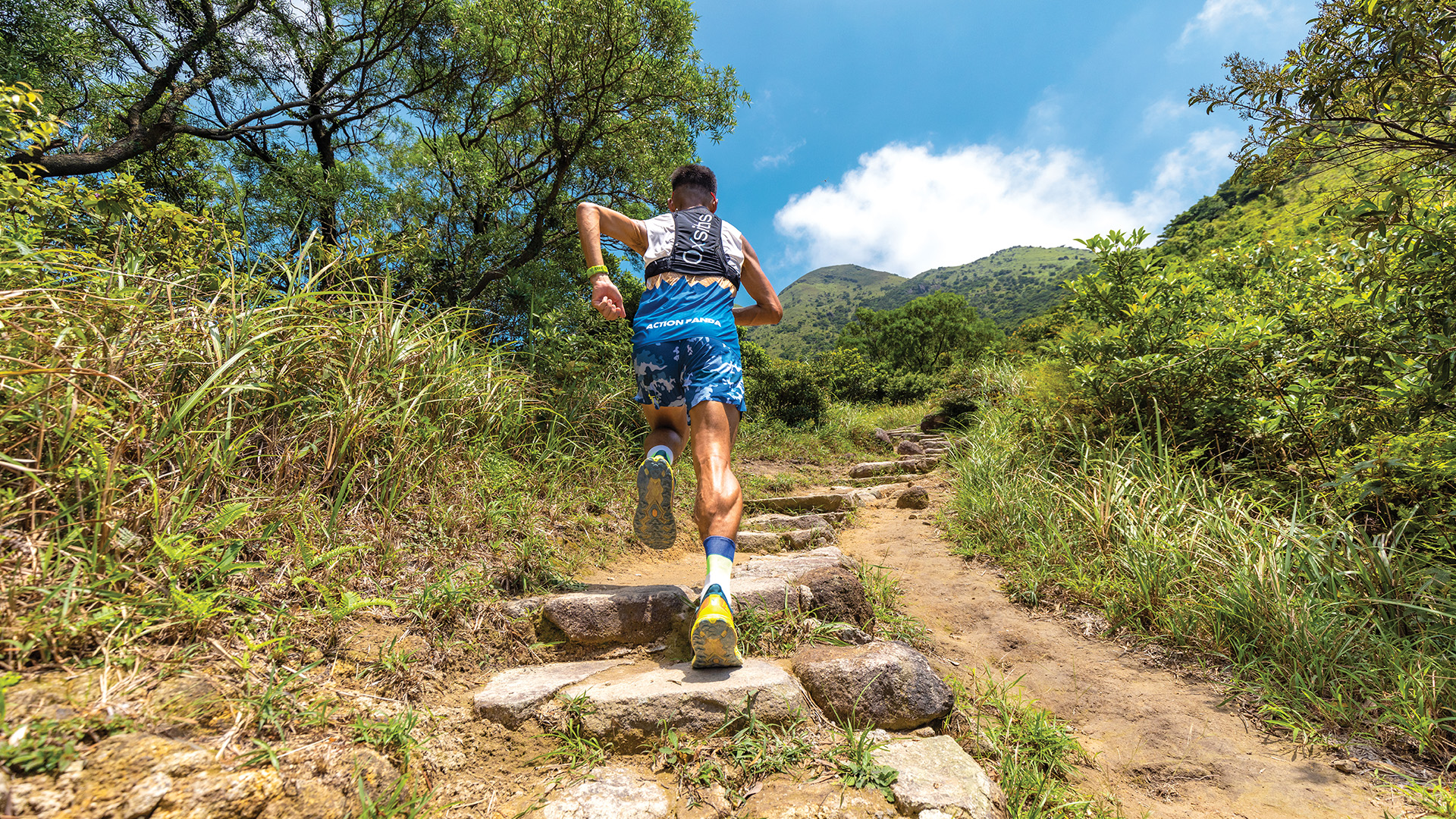 “There are now more coaches focused on the sport, too,” he adds, “So, beginners can get a lot more out of their training.”

Law, who works as a survey officer for the Hong Kong Government’s Land Registry, regularly competed in marathons until 2000, when he first raced in Hong Kong’s annual Oxfam Trailwalker — one of the world’s most popular international trail running events. Raising funds for poverty relief in Africa and Asia, the sponsored competition has four-member teams trying to complete the 100 km-long MacLehose Trail in the New Territories in under 48 hours.

Law instantly fell in love with trail running during that first race. “I have taken part in Hong Kong’s Trailwalker every year since then,” he says. On top of being a member of the 2015 competition’s winning team, Law has also won five other 100 km Oxfam Trailwalker team events in Australia, New Zealand, Japan and South Korea. He has raced in areas with extreme climates including the Gobi Desert in northern China and Death Valley in California.

“Before I came across trail running, I found it hard to imagine that someone could run such long distances non-stop, for so many hours,” he says. “But it’s OK once you’ve trained your body adequately. What brings me the most joy is being able to complete something I didn’t think I would be able to accomplish.” 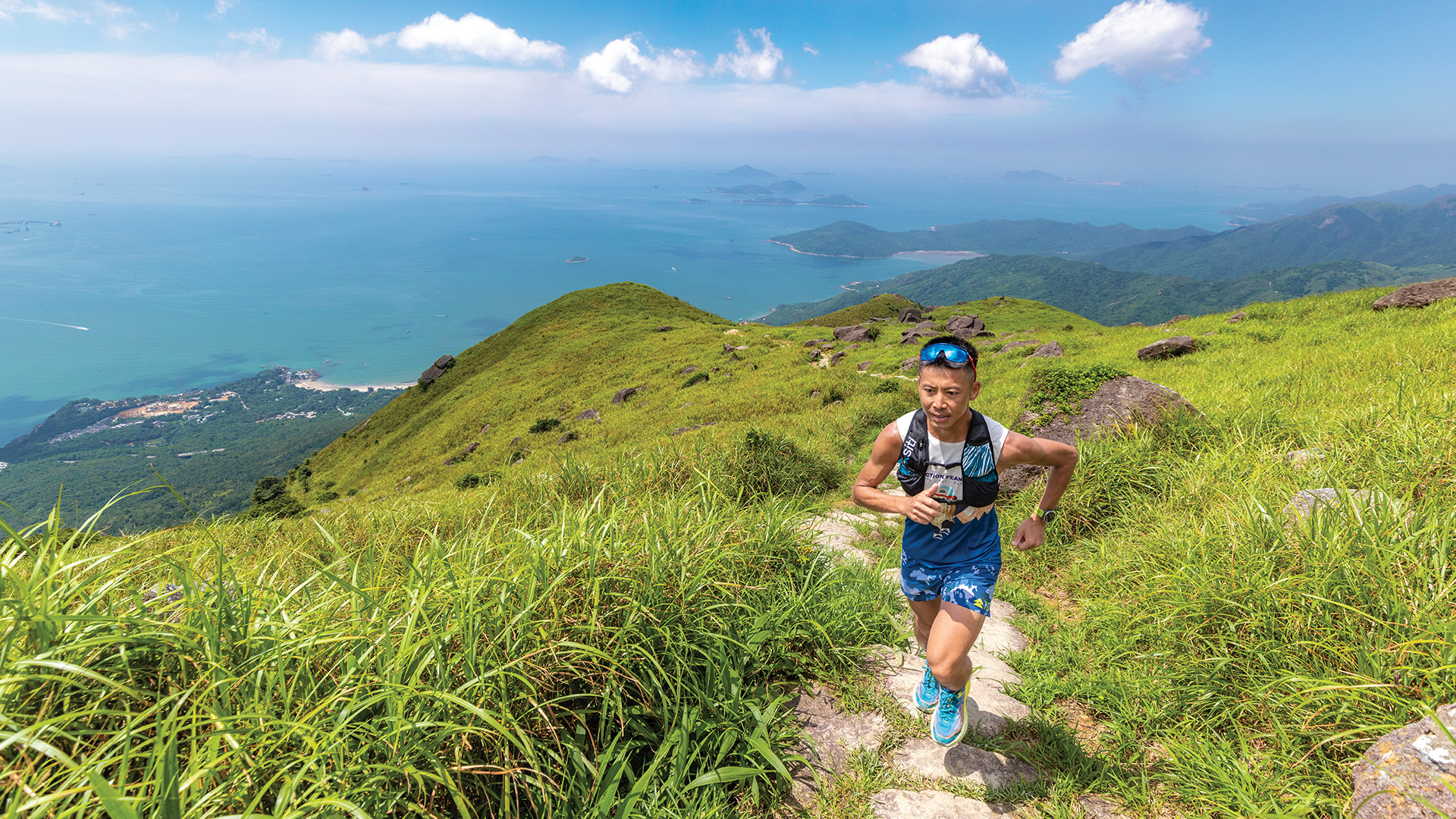 Trail running often involves running very long distances alone, but whenever possible, Law prefers training with like-minded friends at weekends, when they can focus on specific goals, such as improving speed, hill work or endurance. Law regularly trains on the 10 km ridgeline section of the Wilson Trail in Pat Sin Leng Country Park in northeastern New Territories, which takes him up and down eight different peaks, known in Chinese folklore as the ‘Eight Immortals’.

The trail up to Tai Mo Shan, the city’s highest peak, provides a breathtaking panorama of the city skyline and the Victoria Harbour, which always makes him come back for more, he says. “The city and the sea together are a sight you won’t be able to find anywhere else.”

Trail runners can also enjoy spectacular views of Lantau, Hong Kong’s largest island, during another annual competition, TransLantau by UTMB. It offers races of different distances to suit runners of all abilities.

“Every time I ran in the TransLantau, I had to start at night, when I would be a little sleepy,” Law says. “The sight of Lantau Peak shrouded by clouds during the race was unforgettable; it was like I was entering some kind of heavenly paradise.”

“The most challenging section is probably from Keung Shan to Tai O,” he says. “Travelling along the ridge at high speed is challenging; it takes a lot of energy and determination.” 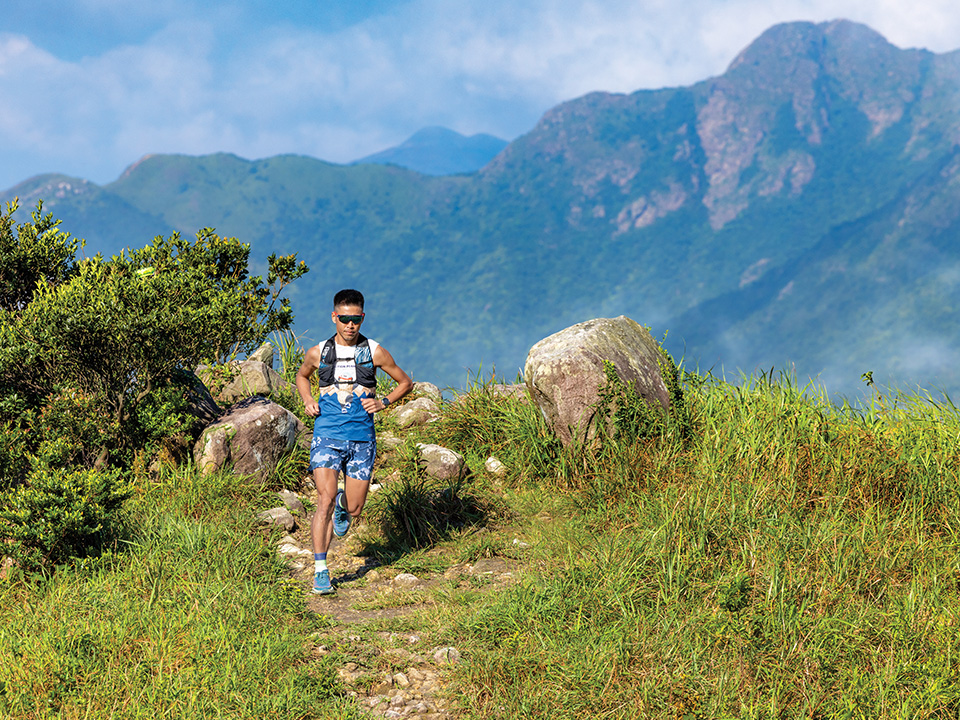 “I also love exploring the island’s many interesting rocks,” he adds. “Near Lion Hill, there’s one that looks like a chicken and a dog having a face-off. Around beautiful Sunset Peak you’ll find the Diving Board Rock, which looks just like what its name suggests, and is an Instagram favourite.”

Law encourages adventurous runners who wish to see more of Hong Kong’s wilderness to put on their running shoes and head out on some of the countryside trails. “After 22 years there are still a lot of places that I want to explore,” he says. “I keep on finding newness in the sport, as well as meeting new people.” 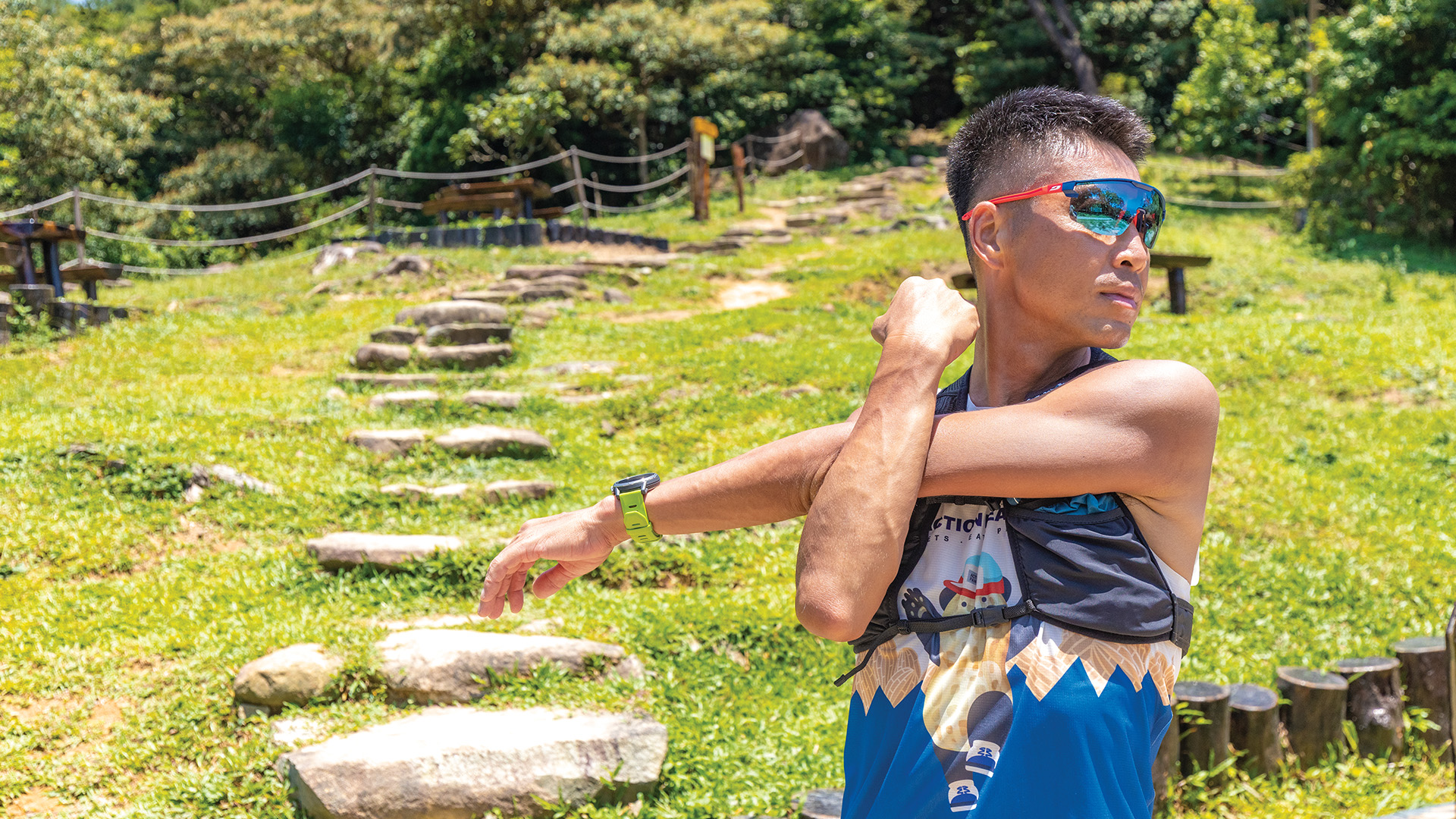 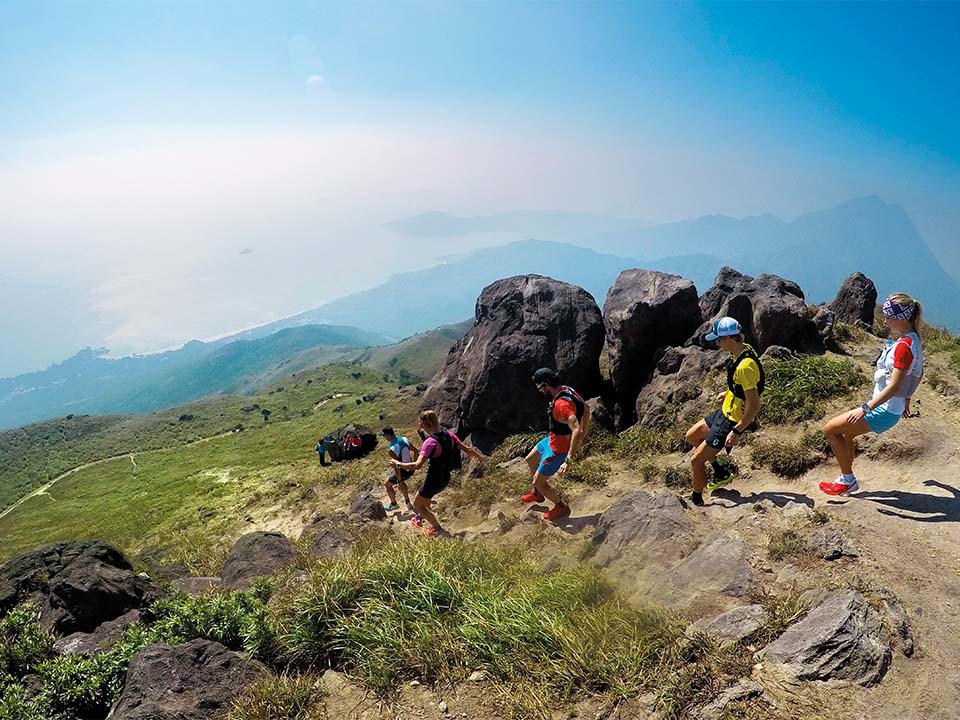 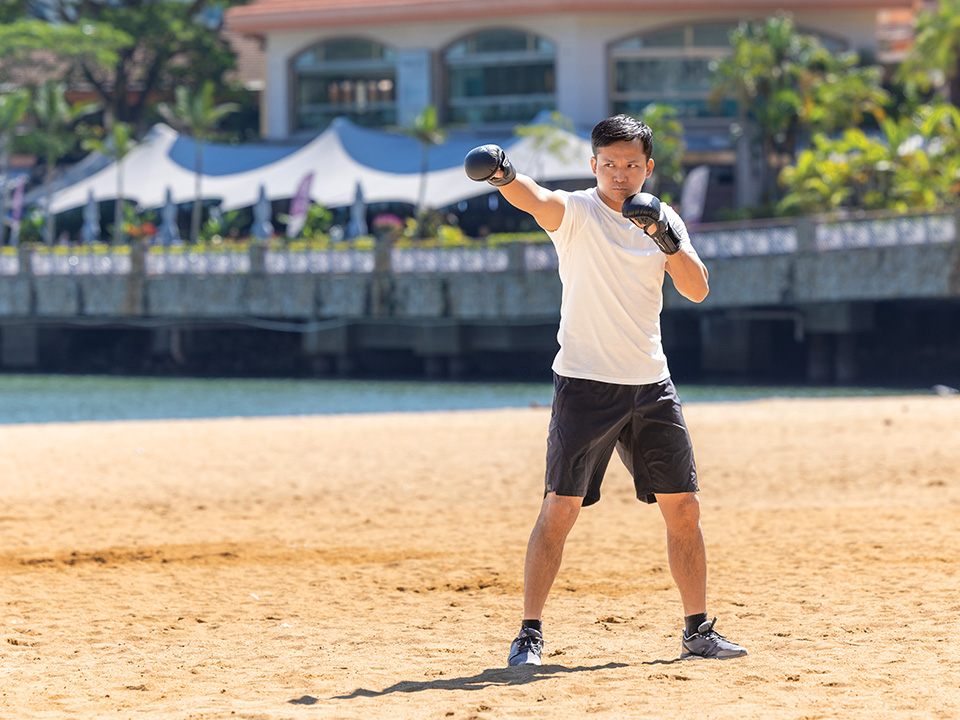