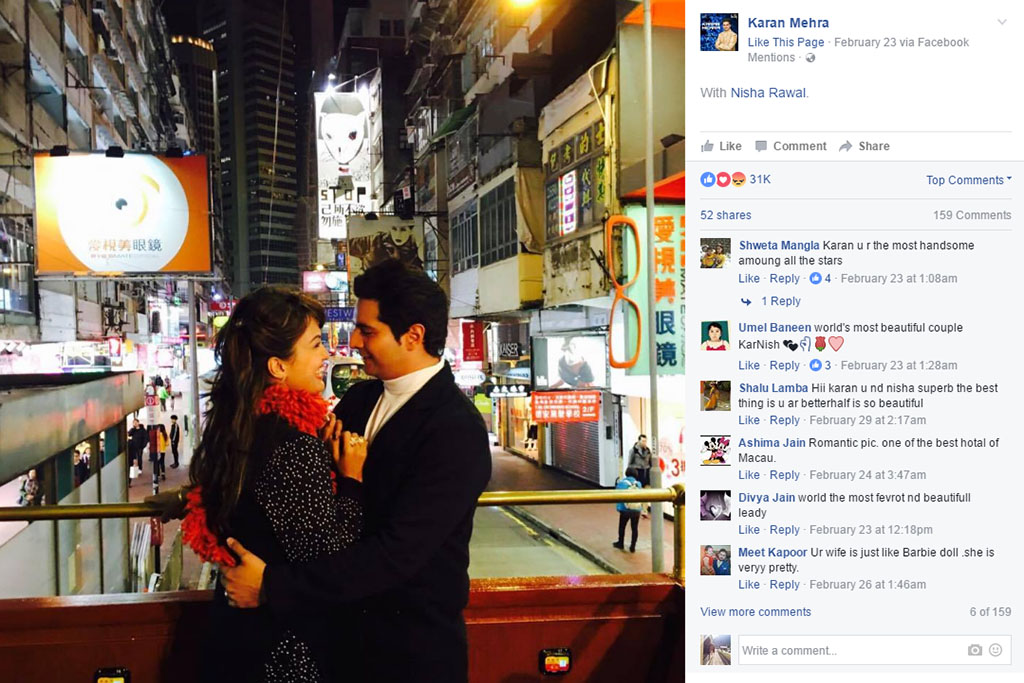 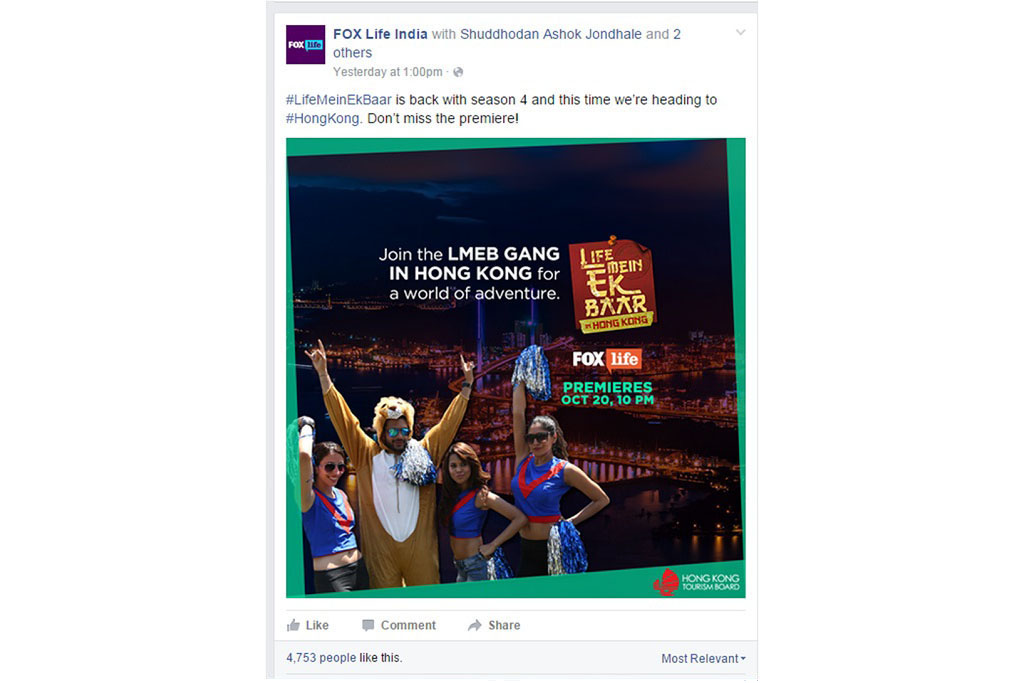 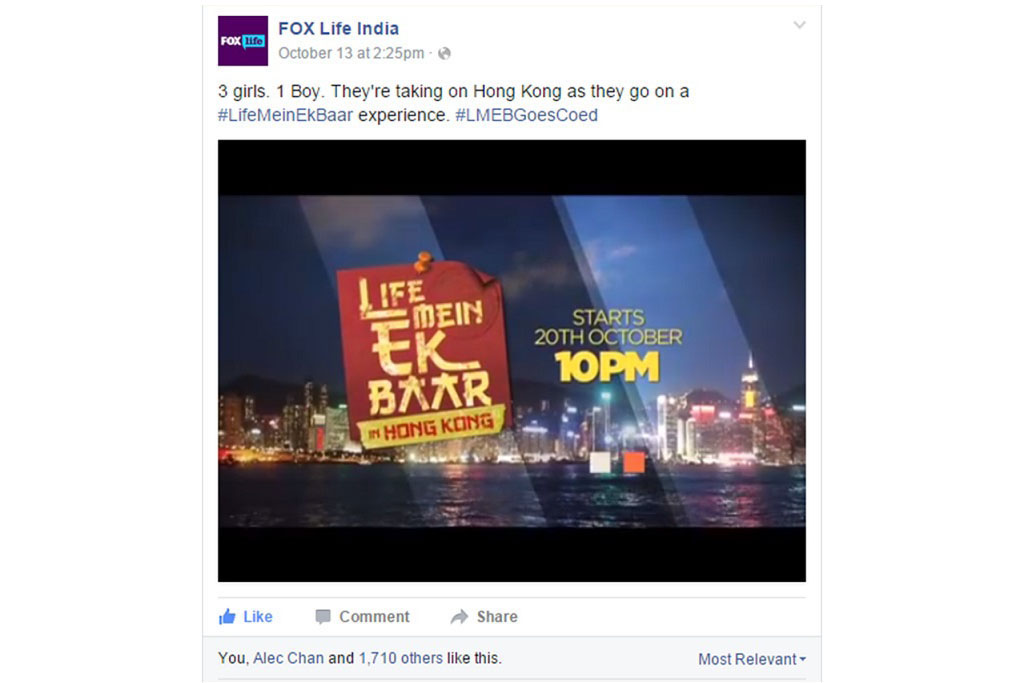 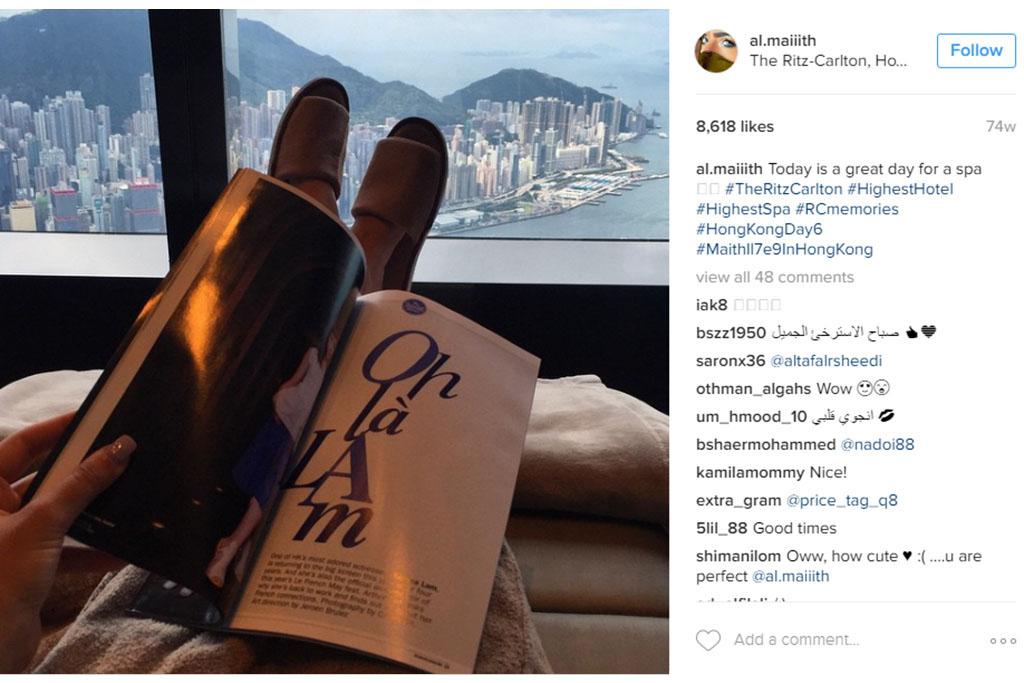 By inviting KOLs and TV celebrities to experience Hong Kong, we optimised the reach of our message in our New Markets – India, Russia and the Gulf Cooperation Council (GCC) – utilising their social influence, the power of the mass media and the boundless world of social media platforms.

Collaboration with Fox Life India and Star Plus

Leveraging the popularity of Fox Life India’s reality show “Once in a Lifetime” and Star Plus’ drama series “YRKKH”, we showcased the city’s iconic landmarks and exciting happenings by facilitating their filming in Hong Kong. Celebrities from both shows also drew a lot of attention with spin-off posts in their own social media accounts.

We hosted Maitha and Hessa Ahrari, two very influential travel bloggers in the GCC. Together, they boast more than 480,000 followers on their social media platforms, through which we promoted Hong Kong’s stunning skyline and the large variety of attractions to generate destination knowledge and interest for family travellers.