Things are always bustling at this time of the year for Martin Kwok, a second-generation baker at the family’s 40-year-old bakery on Cheung Chau.

It’s the week before the annual Taoist Tai Ping Jiao Festival, also known as Cheung Chau Bun Festival, when thousands of people flock to the tiny island to attend the event — and savour one of Kwok Kam Kee’s iconic lucky buns. The traditional white, steamed rice-flour buns contain sweet fillings, which bear a round red stamp with the Chinese characters ‘ping on’, meaning safety in English.

“Legend has it that a plague infested Cheung Chau more than a century ago during the Qing (1644-1911) dynasty,” Kwok says. “To appease the angry gods and spirits, buns were made as offerings.” The four-day festival is usually held in late April or May to mark the eighth day of the fourth month of the Lunar calendar, which coincides with Buddha’s Birthday. Highlights include a parade of brightly decorated floats and the hugely popular challenge where brave competitors battle one another to climb ‘bun towers’ and snatch as many buns as possible, especially those most-prized at the top of towers.

Kwok’s company, the oldest lucky bun bakery on dumb-bell-shaped Cheung Chau, or ‘long island’, makes about 30,000 of its buns non-stop to meet demand during the festival. However, it is focused not only on upholding this long-cherished Hong Kong tradition, but also introducing many changes, which have helped to broaden its appeal — and make a name for itself among younger generations across the city and beyond.

Kwok, who is responsible for the many changes that have transformed the traditional family business, was leading a completely different life only five years ago. He spent six years working his way up to become a senior manager at a financial institution, but in 2017, while sitting in his harbour-view office in Central, his mind turned to the family’s Cheung Chau bakery and his elderly father’s imminent retirement. Kwok’s father had urged him not to give up his bright career in finance for the laborious work at the bakery. “My father was ready to shut the bakery for good,” Kwok says. “But growing up on this island, I had developed a deep connection with the place and the three Chinese characters: Kwok Kam Kee. I thought it was still an unpolished diamond.”

So on that very day, he quit his job and told his father he was ready to take over the family business. The first task on Kwok’s to-do list was to explore the business market outside the small island of Cheung Chau, which covers fewer than 3 sq km.

“In the first few months, I’d work at the bakery from 6am to 7pm,” Kwok says. “Then, I’d go home and start writing business proposals till 3am.” His hard work paid off when his idea to collaborate with a renowned Japanese design and merchandising company was accepted, leading to a range of new lucky buns featuring cute cartoon characters hitting the market. “It was a very successful move, with every media organisation reporting the collaboration.”

Kwok has continued to innovate by adding its bakery products to the shelves of department stores and supermarkets across Hong Kong. He has even made the lucky buns available on the bakery’s new online website, which offers products made freshly at the bakery and delivered the same day.

These changes proved crucial for the business during challenging times at the height of the COVID-19 pandemic, when there were fewer visitors on the island and for three years the festival’s float parades and bun-snatching events were cancelled.

Yet that didn’t mean that the rest of Cheung Chau’s businesses remained idle. Both islanders and newcomers have been working to breathe new life into Cheung Chau with the opening of many vibrant, contemporary, Instagrammable cafes, shops and boutiques, which now complement the island’s timeless charms.

“Cheung Chau — a sleepy fishermen’s village? No way,” Kwok says with a smile. “It is so energetic now. There are many new hip cafes and shops — like the design store next to our bakery.” The same street also boasts an independent bookshop and a popular all-day-breakfast bistro. “Cheung Chau offers something different for everyone — there are countless food options if you’re a foodie,” Kwok says. “There are water sports activities if you’re an outdoor person. You can easily spend a day or two here.” He recommends heading to Kwun Yam Beach, the island’s lesser-known stretch of sand next to the more popular Tung Wan.

The family bakery’s original premises have changed little in recent decades. But a new range of products and business model have transformed the bakery into a modern company, while successfully balancing the burgeoning appeal of its customers for both the old and new. Kwok Kam Kee’s products are already being sold in Hong Kong’s Greater Bay Area neighbour, Macao, and Kwok hopes that in future he will be able to expand its reach further across Southeast Asia.

“We have to explore new ideas to attract the younger generation,” Kwok says. “But however we play with new images and collaborations, I think first, we need to ensure our lucky buns taste good, and second, keep the core message alive — which is to share blessings with other people.” His business — coupled with the opening of a slew of new cafes and boutiques — is a testament to how Cheung Chau has been able to successfully keep up with the times, while retaining its rustic appeal. Both old and young visitors have something to look forward to when they come to the island. Kwok says: “That’s how we stay sustainable.” 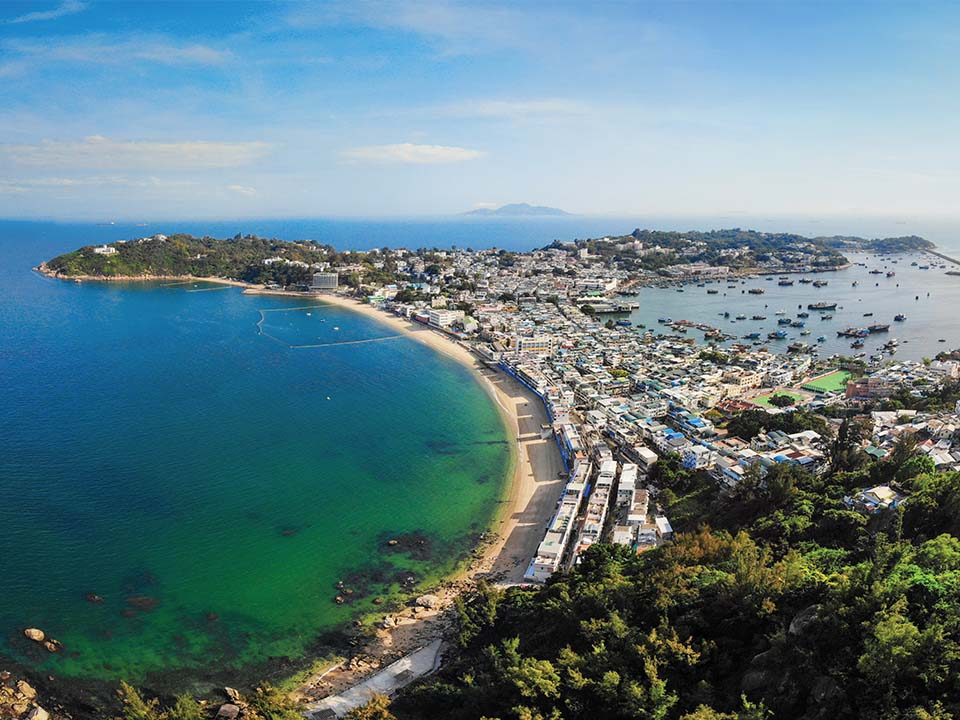 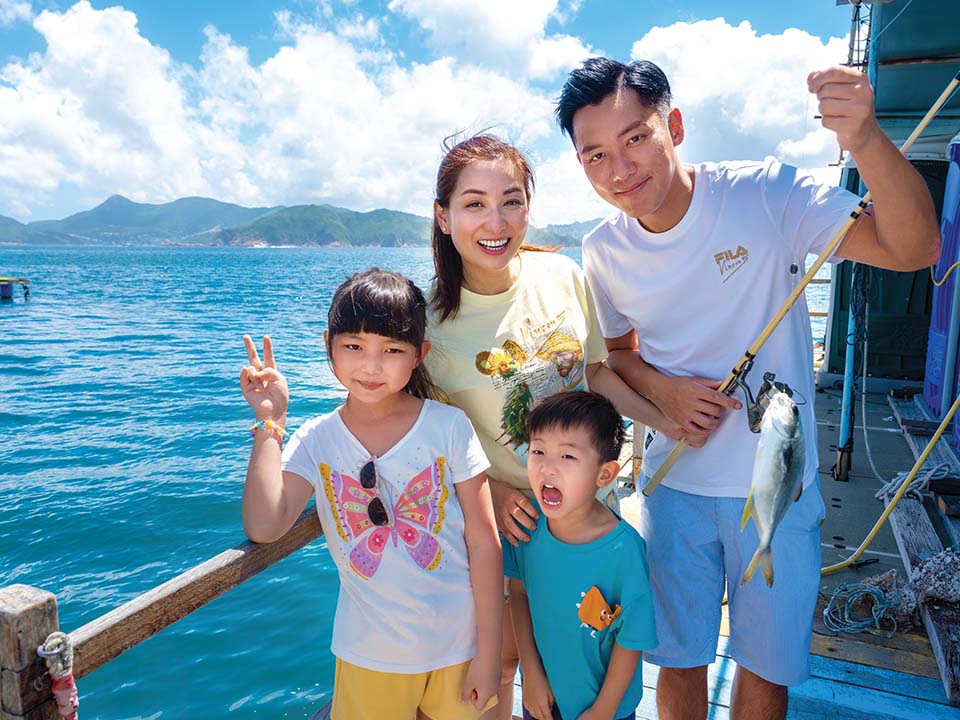 Enjoy fun family time with Angie Mak out on the sea at Kau Sai Chau, where fish swim under your feet