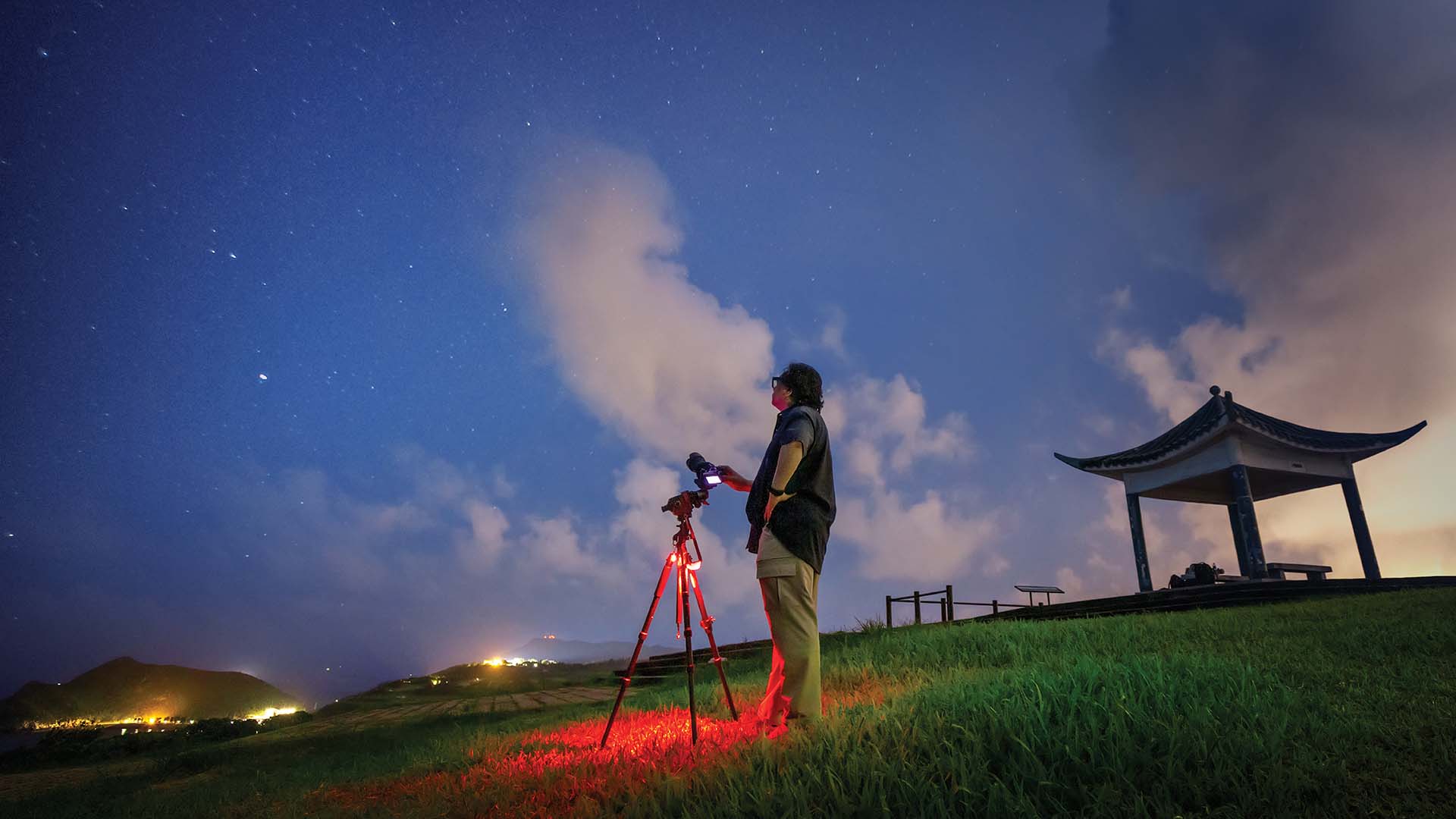 If you visit Tai Hang Tun, on the Clear Water Bay Peninsula in the southeastern New Territories, in the late evening under a clear sky, the chances are you may spot Hong Kong’s ‘star man’ Vincent Cheng Koon-hong. He’ll be sitting on the grass, either alone or with his students, pointing his camera at the night sky. The teacher is one of the city’s best known and most inspirational astrophotographers to follow on Instagram.

His interest in the night sky started in the 1980s, when he enjoyed chatting with his classmates around a campfire under the starry sky. But it was not until 2009 that he took his first photo of the stars with an ordinary camera from the rooftop of his flat in Pui O on Lantau Island. This quickly turned into his favourite pastime.

“It’s hard to explain my passion for astrophotography,” says Cheng, a graduate of Hong Kong Polytechnic University, who quit his job as a computer magazine editor in 2015 to turn the hobby into his career. “When I love something, I just keep doing it and will do it whenever I have time.” He now teaches private astrophotography classes and runs his own production studio.

Cheng is particularly interested in taking pictures of stars and nebulas — giant clouds of galactic dust and gas. Among his collection of images, he is considerably pleased with a photo of the Pillars of Creation — three vast, tower-shaped nebulas, located within a cluster of stars, which are generating new stars. 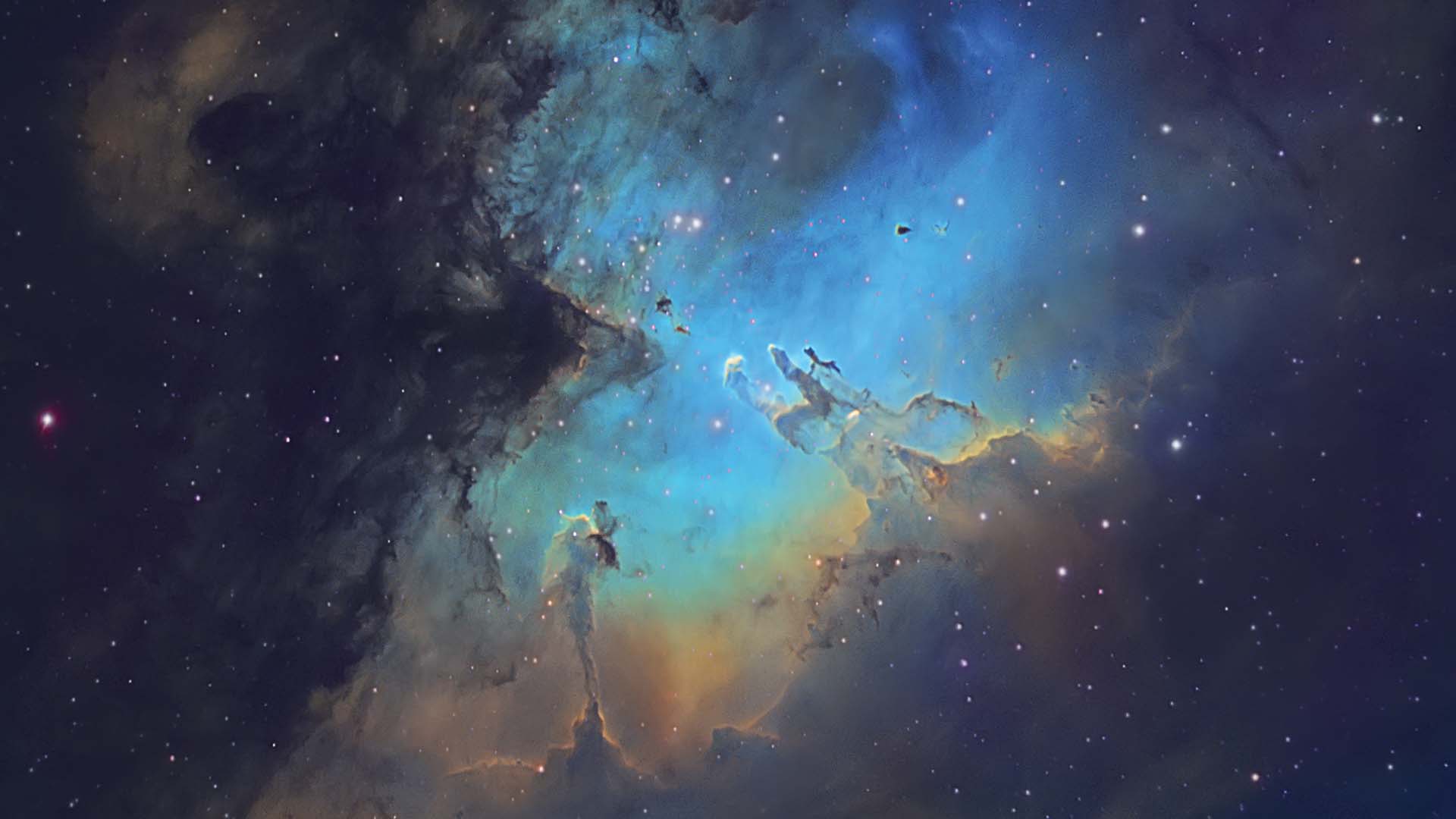 “This is a pillar-shaped structure within a nebula that could only be seen in the past using the Hubble Space Telescope,” he says. “I first saw its picture in the ’90s and love it very much. After so many years, I was able to capture it last year using my equipment.”

Cheng, who has honed his skills mainly through self-learning and practice, says astrophotography is easy to start with, which is why it is becoming popular in Hong Kong. “With the advances in technology, you can now take photos of night-sky objects with an ordinary DSLR [digital single-lens reflex] camera, so more people can engage in this hobby.” 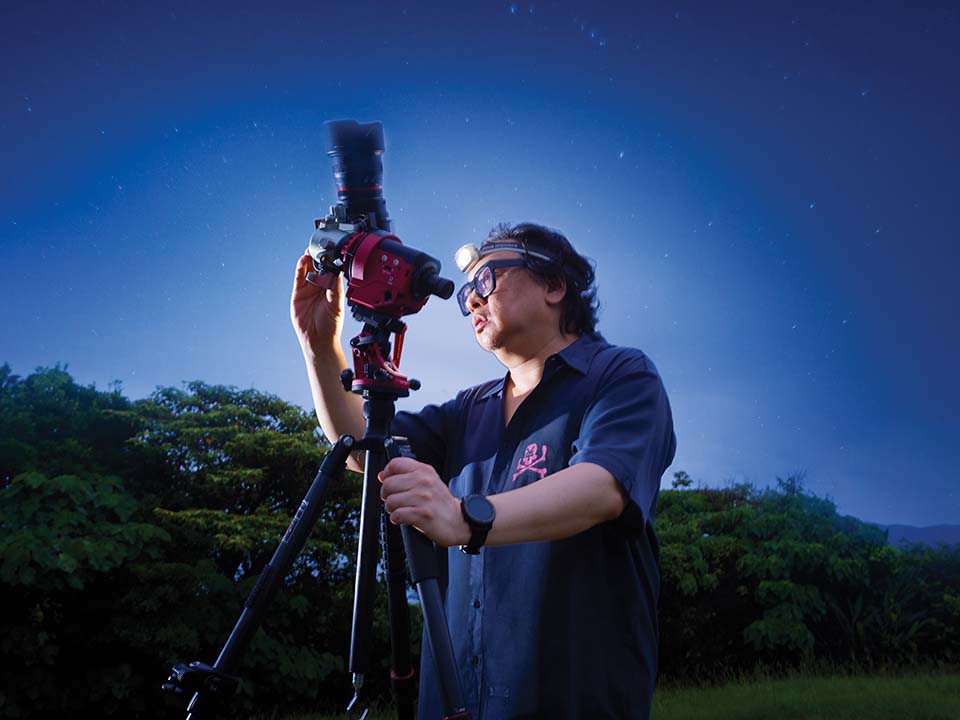 While it may cost a few thousand US dollars to buy a camera, tripod and star tracker for night-sky shooting, Cheng says the biggest investment is not your money, but rather your time.

“You need to stay up all night long to take pictures at different times, and you may want to come back another day to take better shots,” he says. “This is especially challenging for people who have to work during the day.”

Astrophotography is also a good test of a person’s patience, he says. “When we go shooting, it’s not uncommon that, after we have set up everything, there is nothing to shoot for the whole night, or the weather suddenly gets worse with showers and strong winds; this is a challenge, but I have got used to it.”

Yet Cheng says that regardless of the outcome, since photographing the night sky is usually done out in the countryside, he still enjoys the chance to experience the serenity of nature away from the bustling city centre.

The best stargazing in Hong Kong

The photographer, who has travelled to countries such as Australia, New Zealand and Chile to take pictures of the cosmos, says places in Hong Kong such as Pak Tam Chung and High Island Reservoir East Dam in Sai Kung, Shek O on Hong Kong Island, and Shui Hau and Shek Pik on Lantau Island are all good for stargazing.

The most popular spot in the city is probably an area of grassland called Tai Hang Tun Kite Flying Area, on a gentle slope above the waterfront in Clearwater Bay Country Park in Sai Kung.

Beside this grassy slope you can find a public car park, refreshment kiosk and public toilet and a Chinese-style pavilion. The area is a popular spot for kite-flying, barbecues and picnics during the day. But as night falls, it turns into a hotspot for stargazing and astrophotography.

“The area is a favourite spot among astrophotographers because it is easily accessible — by car, taxi or a 20-minute walk from the bus stop at Tai Au Mun — and because it is most suitable for shooting objects in the cosmos to the east and south of Hong Kong,” Cheng says.

This is the best location to take pictures of the Eta Carinae, one of the largest and brightest nebulas in the galaxy, he says. While the nebula is located in the southern hemisphere, at certain times of the year you can see it just above sea level to the south of Hong Kong. Here, it is also possible to see a horizontal galaxy before daybreak at the time of the Lunar New Year.

“However, this location is not only great for astrophotographers, but also for people without any special camera equipment wishing to enjoy looking up at the night sky,” Cheng says. 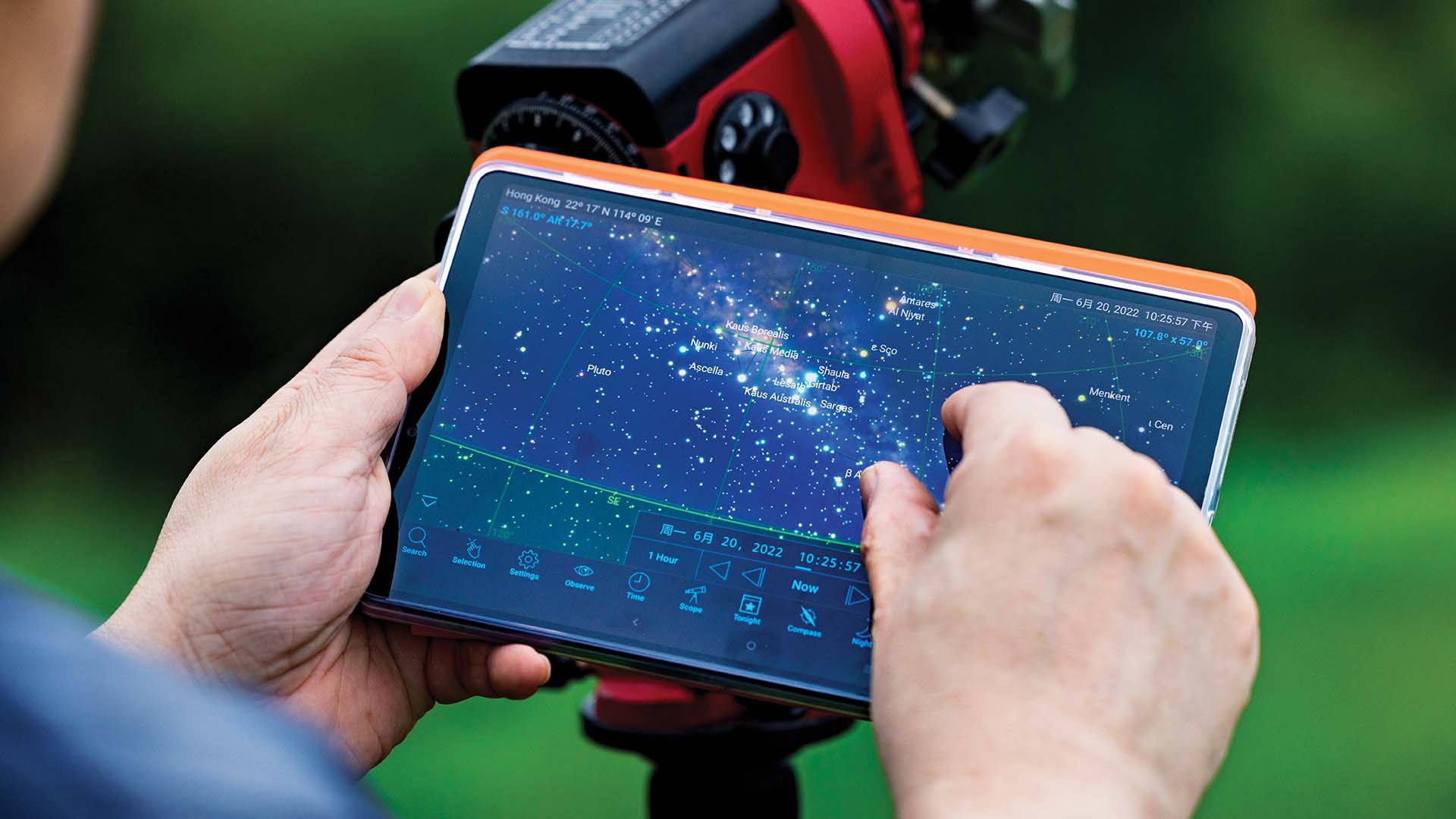 He suggests a few things you can do as a budding night-sky photographer to give yourself the best chance of success.

1. Always check the lunar calendar, so you can choose the nights with no moonlight (the first day of each month), and also check on the cloud coverage in the sky before you depart;
2. Use a stable tripod and a star tracker, which will be very useful for long-exposure frames;
3. Using a light filter is a must in Hong Kong, so choosing a good one will really help your photos;
4. Don’t take single-frame images: stacking frames will really help to bring out the details and colour of the Milky Way, or deep-sky objects;
5. Never set the camera’s focus to infinity when using your manual focus function; use the live-view function to magnify the object (such as a bright star) and then do precise manual focusing. 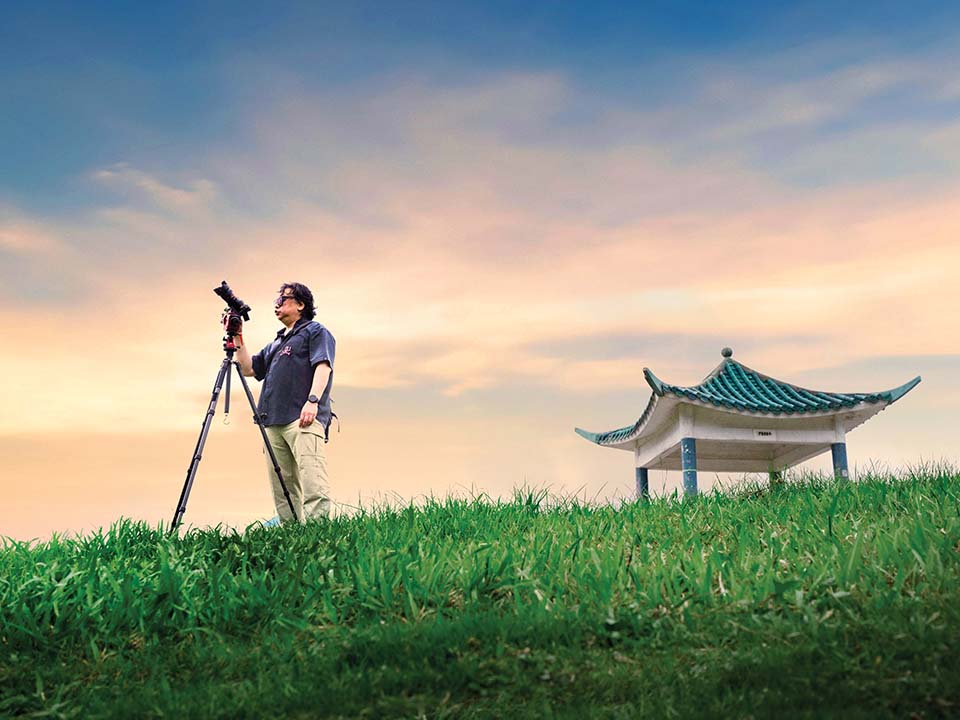 With some practice, you can take pictures of night-sky objects with an ordinary camera or even your mobile phone. Under a clear sky and a new moon, some of the star constellations and nebulas can be seen by the naked eye.

Of course, the sight of the cosmos is incredible and mesmerising, so you can simply lie on the grass, look up at the impressive starry sky and contemplate the majestic vastness of space — and perhaps marvel that Hong Kong holds so many surprises. 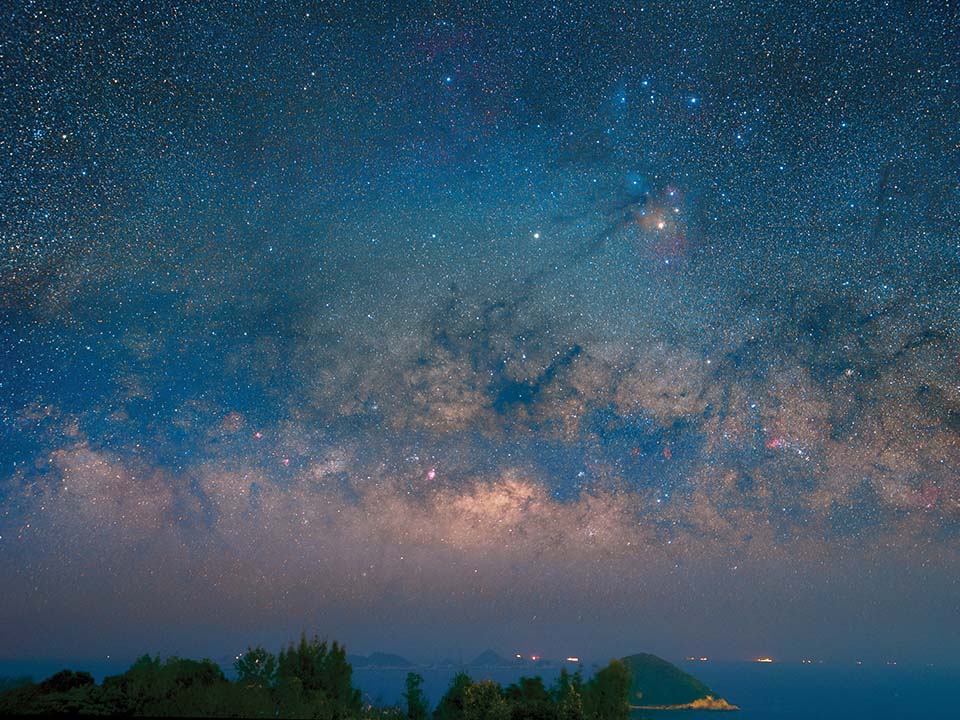 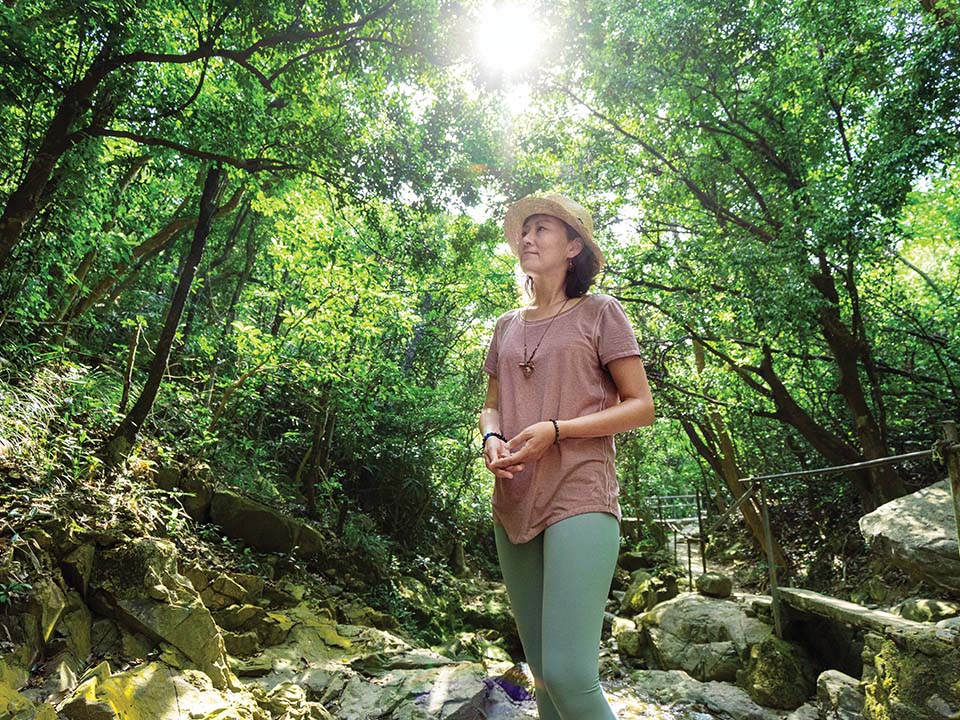