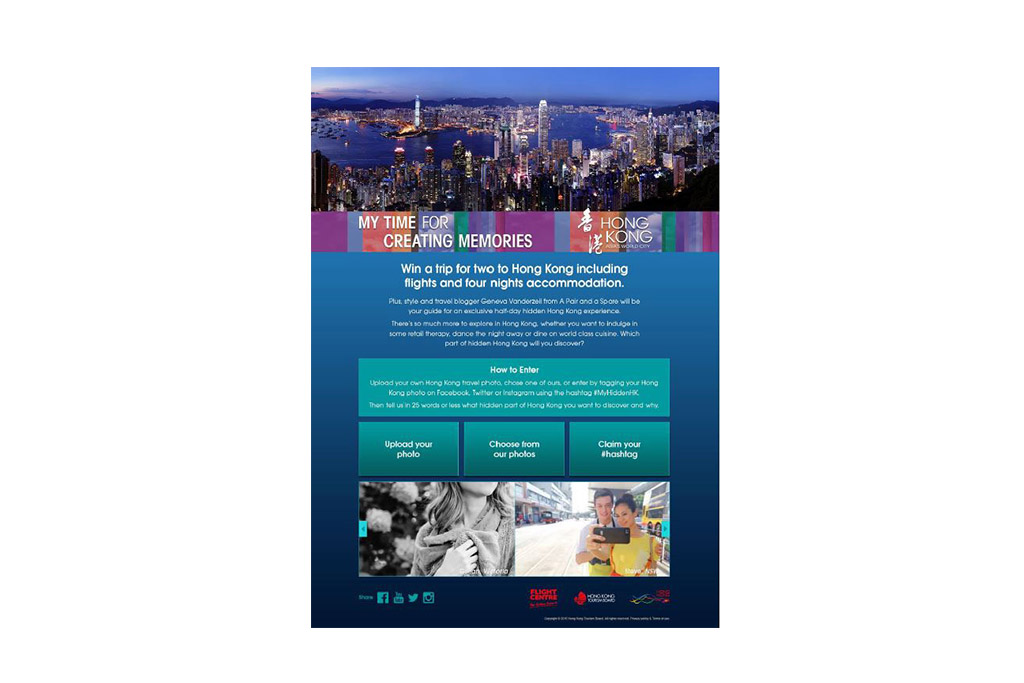 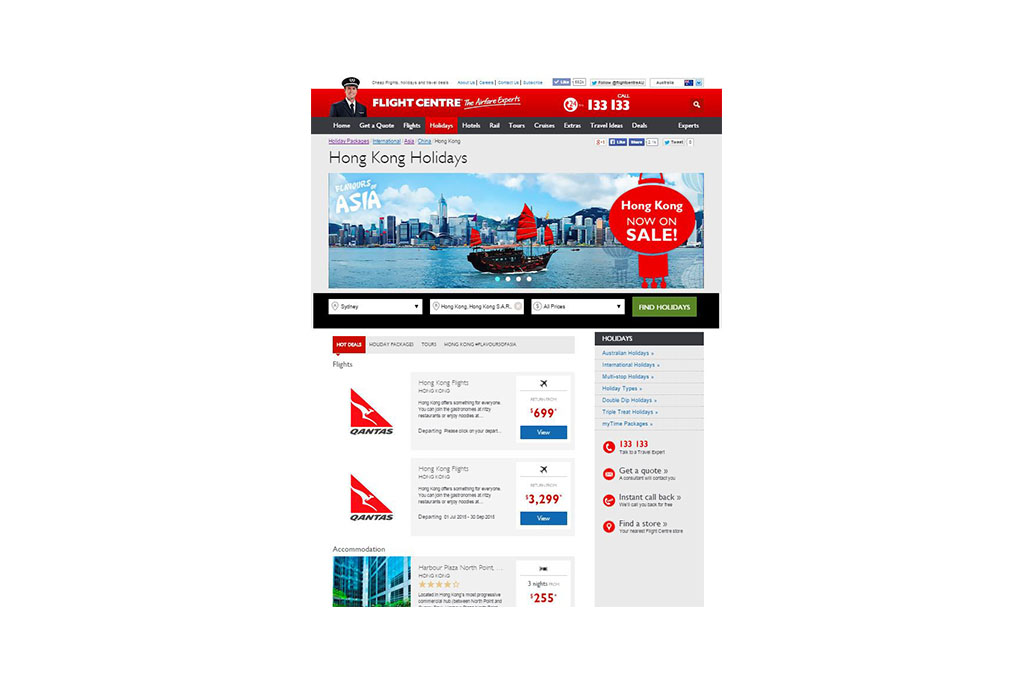 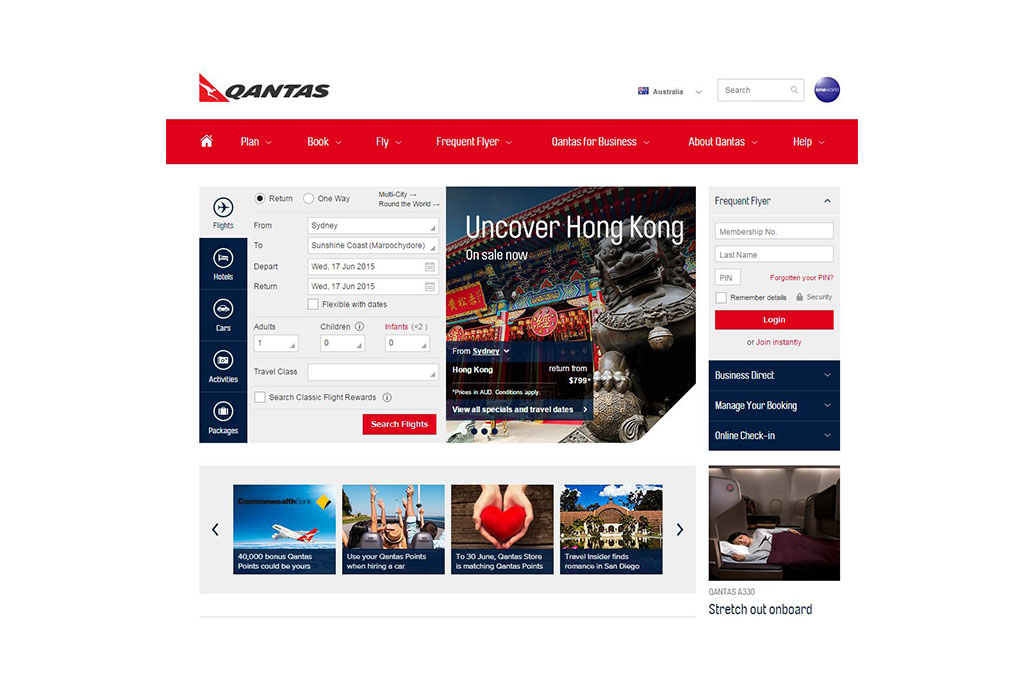 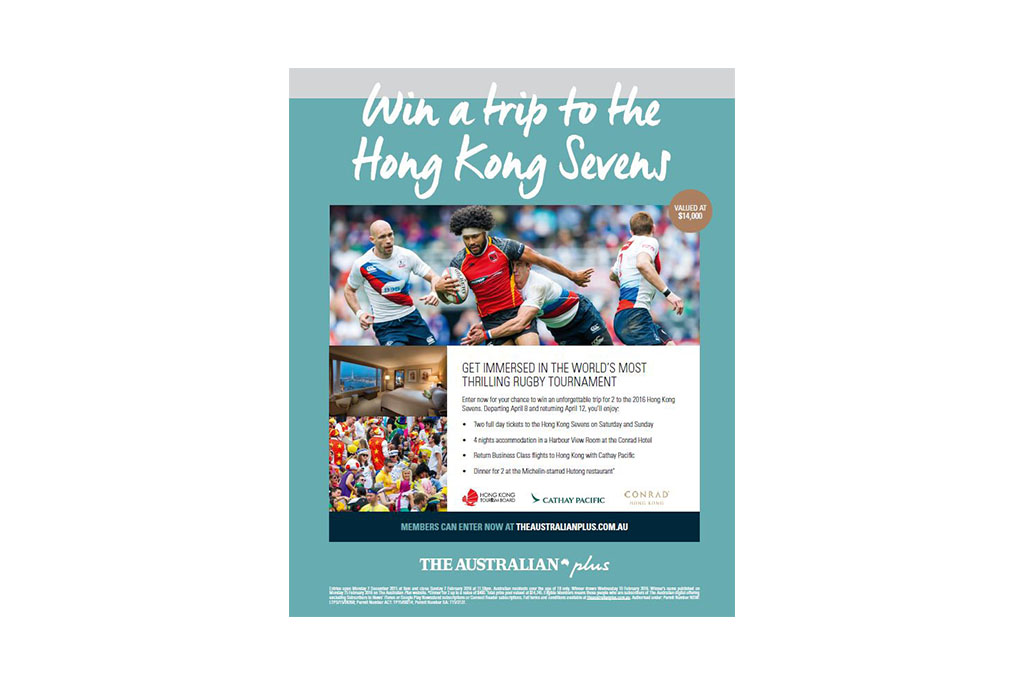 The Hong Kong Sevens is one of the pillar events upholding Hong Kong’s status as the Events Capital of Asia. To further increase the number of arrivals during the mega sports event, we boosted our promotions through media engagement in Australia.

Advertising campaign in The Australian

The Australian is Australia’s biggest-selling national newspaper. As its readership matches our target segment, we chose it to run our promotion campaign throughout December and January, placing eye-catching advertisements in both print and online editions. We also engaged readers on its social media platforms and ran a competition for them to win a trip for two to Hong Kong – business class flights with Cathay Pacific, a four-night stay at the Conrad Hong Kong, tickets to the Sevens, and dinner at Michelin-starred restaurant Hu Tong.

Fox Sports shot and aired eleven 60-second videos about the Sevens weekend that went to air on Foxtel, a TV broadcaster with over 2 million household subscribers in Australia and New Zealand. The videos covered not only the electrifying vibe and ecstatic audience in Hong Kong Stadium, but also the city’s iconic landmarks, expansive dining options and thrilling nightlife.