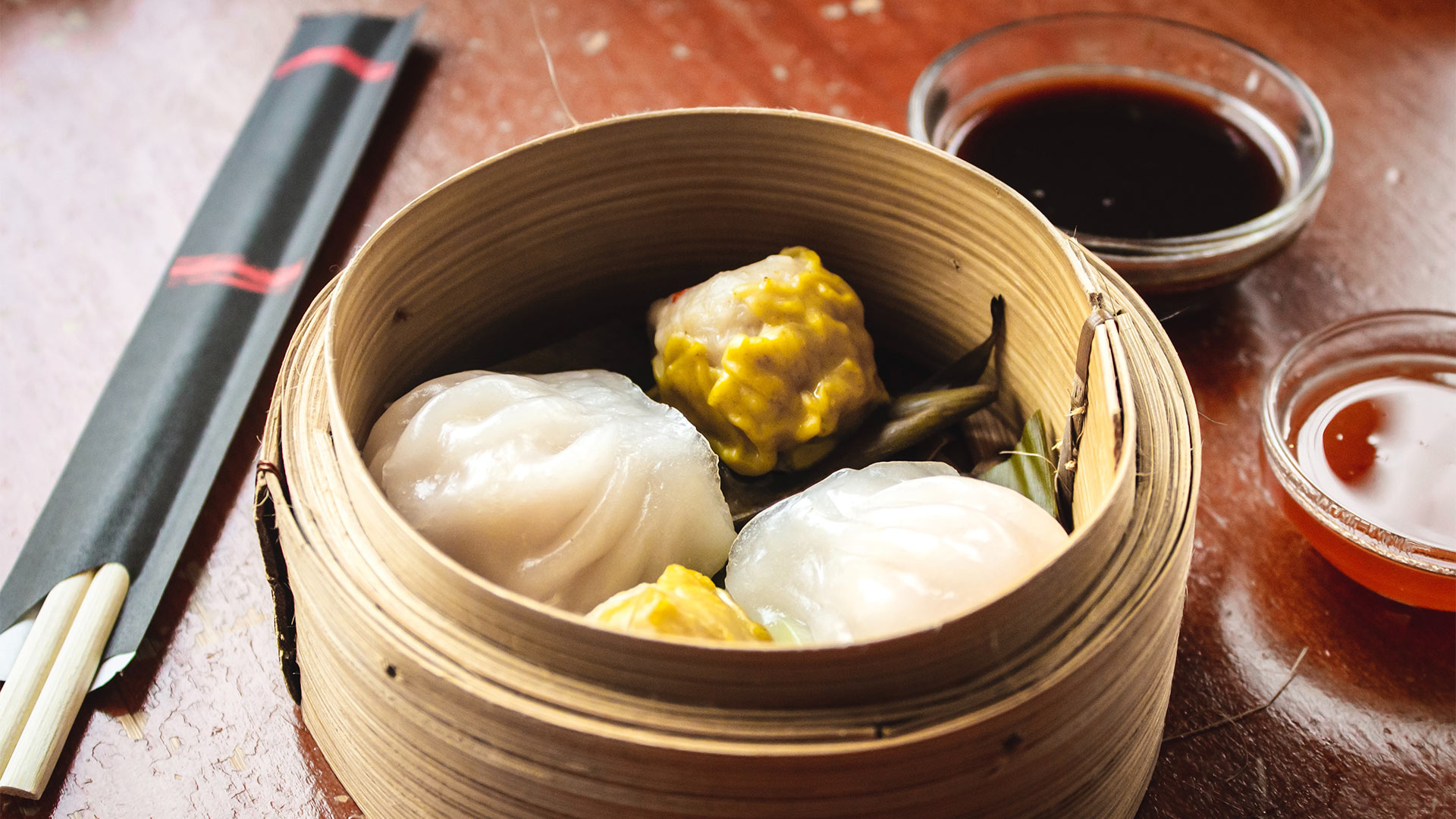 The term dim sum refers to a beloved selection of over 1,000 varieties of small-plate Chinese foods, usually meat or vegetables in dough or a wrapper that is steamed, deep-fried or pan-fried — such a simple classification, yet the possibilities are seemingly endless. Associated with Cantonese cuisine, versions of dim sum are found all over China and are becoming more popular in Western countries too.

How did it begin? We know that dim sum was common all the way back in the Song dynasty (960–1279) in China, when the royal chefs were tasked with creating new varieties of small dishes. However, the first written reference to the term was before that, during the Tang dynasty (618–907), where, in the Book of Tang, dim sum was used to mean to "barely fill the stomach".

What’s the difference between dim sum and yum cha?

Yum cha (飲茶) literally means ‘to drink tea’, whilst dim sum (點心) refers to the small plates of food. In English, if you are to have dim sum or go to yum cha, they are understood to be the same thing.

Those new to the experience might love the variety and excitement of dim sum more so than the tea itself but will nevertheless find that many of the memories that persist are of contentedly drinking tea once all the food is finished. Dim sum is best eaten with a large group of friends and family, allowing you to try as many different dishes as possible. This is also the best way to create cherished memories.

The following four dim sum dishes are called the ‘four heavenly kings’, which means they simply must not be missed. Whether you’re ordering from a paper menu or at one of the few remaining trolley-service restaurants around town, you cannot go wrong starting with these four classic dim sum dishes. 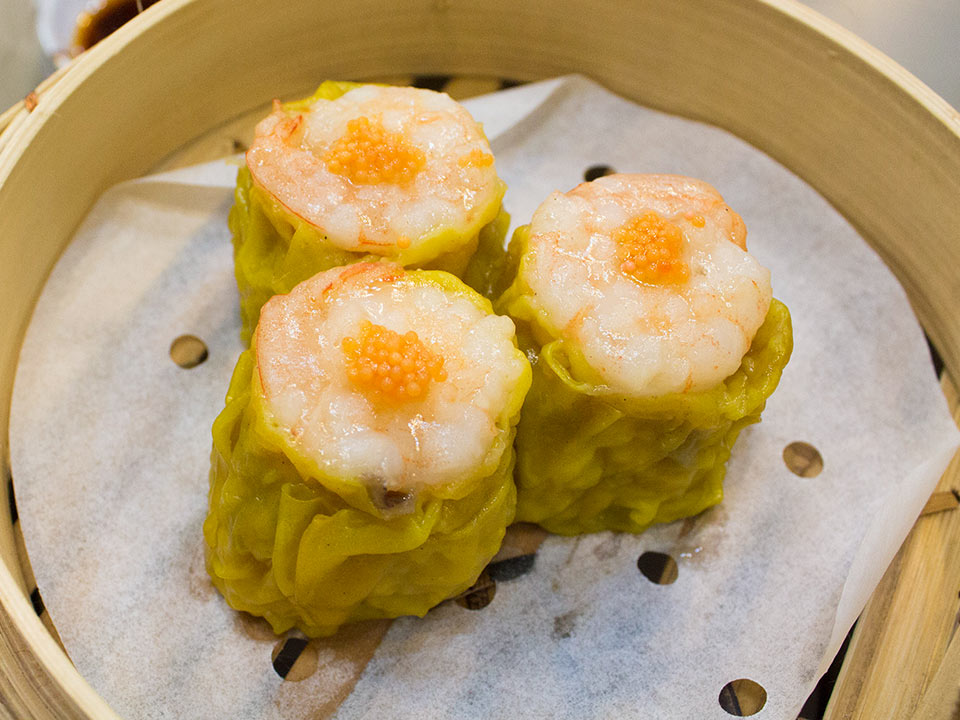 The most famous of all dim sum, this pork, shrimp and mushroom dumpling also comes in a fish variety that is commonly sold as street food. In Hong Kong, we recognise siu mai by its yellow skin and orange adornments of either fish eggs or diced carrot, but this dumpling has many incarnations. 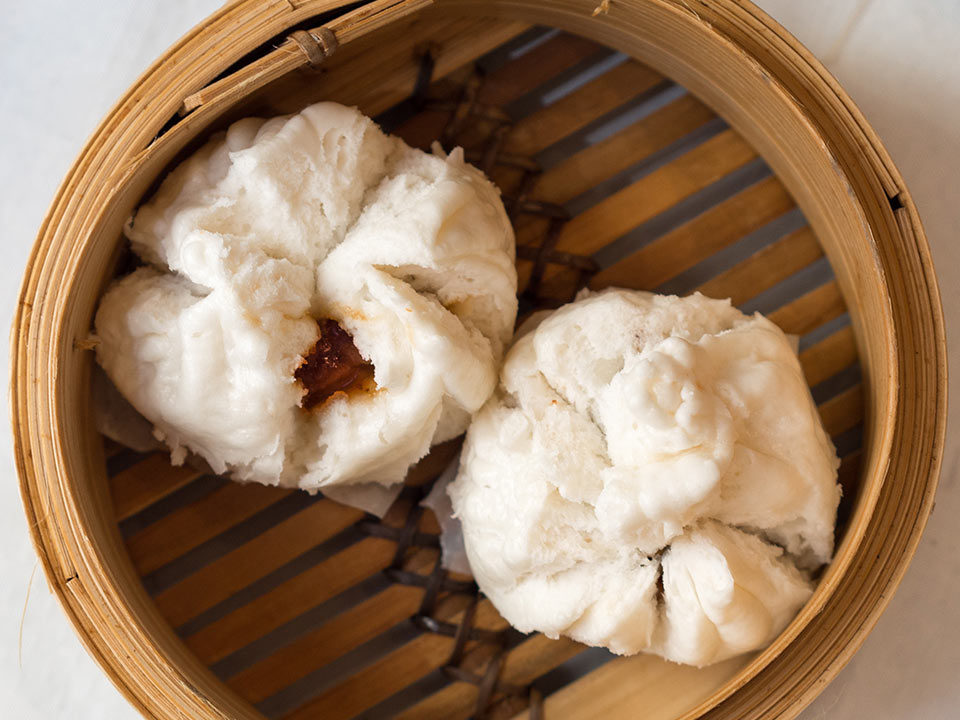 Char siu bao can be steamed or baked, but this bun always contains pork in a dark, sweet barbecue sauce. The dough in the more famous steamed version uses both yeast and baking powder as the leavening agents, giving it the texture of fine, soft bread, whilst the baked version is usually darker and glazed. 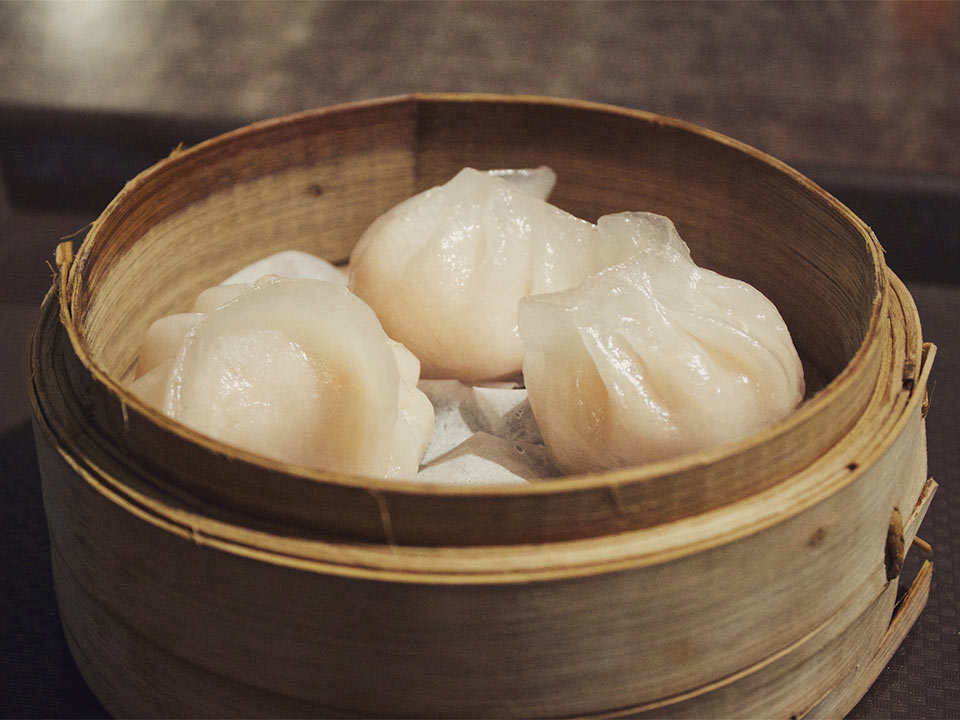 Har gow is the crown jewel of dim sum, and many restaurants choose to perfect this as their signature offering. The delicate, translucent pastry of har gow hides a generous filling of prawn, but the dumpling must always be small enough to be eaten in a single bite. The skin should be as thin as possible whilst also being sturdy enough to support the filling. Eat har gow hot and juicy as soon as it arrives to your table as a testimony to its freshness.

To test the skill of a dim sum chef, look for the number of pleats in the har gow wrapper. Traditionally, there should be at least seven pleats — but preferably 10 or more! 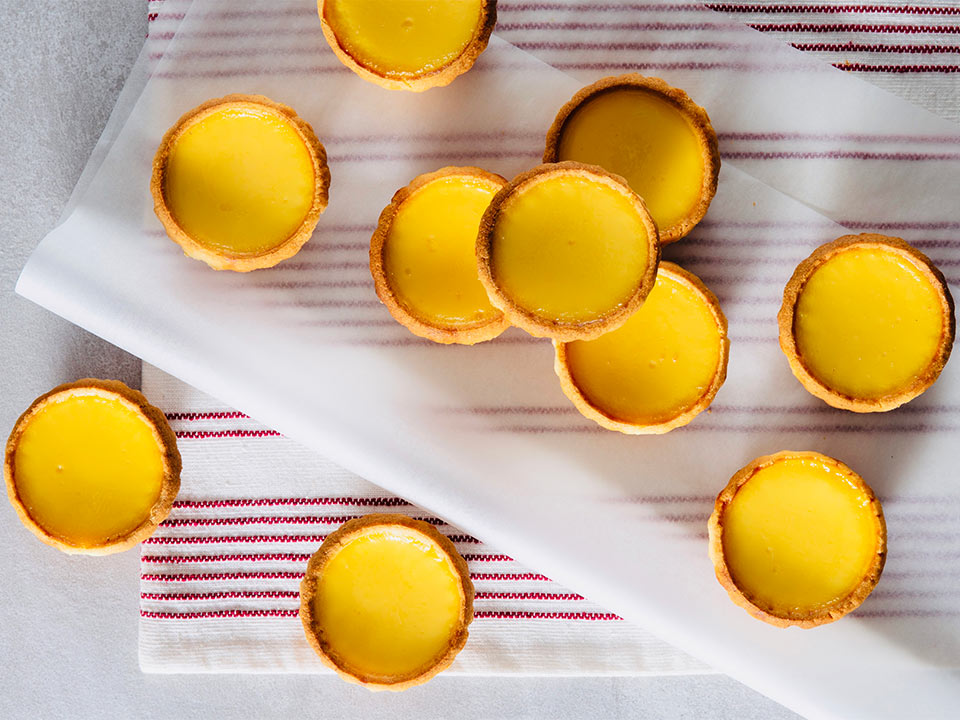 The Cantonese cousin of the English custard tart, dan taat comes in a few variations. The tart base is made either with shortcrust pastry (more commonly found at bakeries) or puff pastry (often seen at dim sum restaurants), and the long-standing debate on which tart base is superior remains unresolved.

If the surface of the tart is blistered and puff pastry is used, it is a Portuguese-style egg tart, common in Macao. This style of tart originated in Lisbon in the 13th century (according to legend, due to a surplus of egg yolks when the egg whites were being used for laundry purposes). 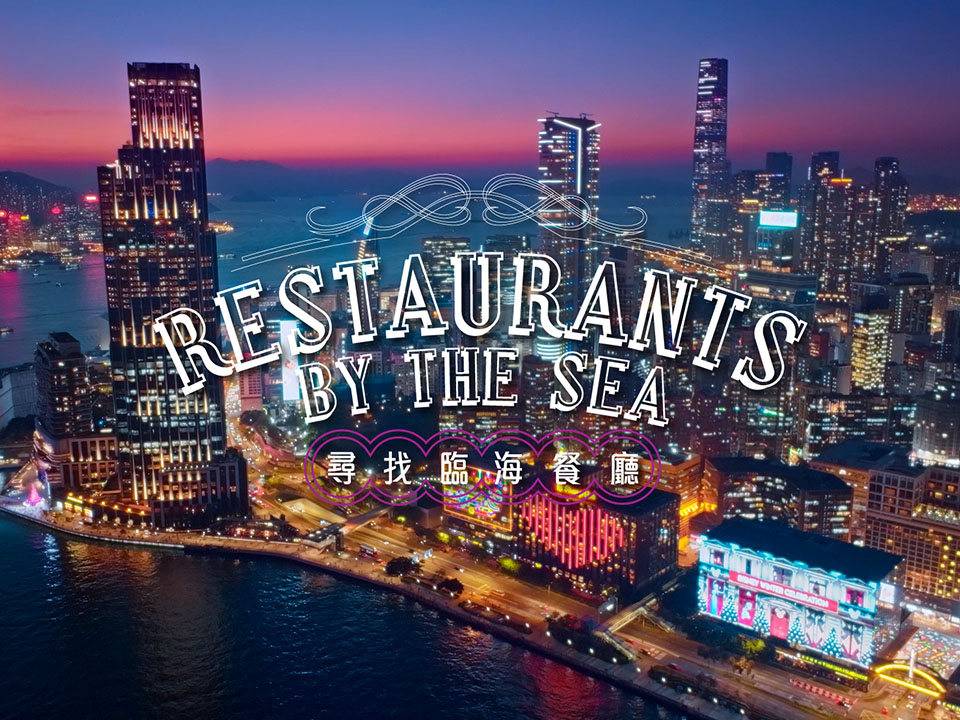 Hong Kong restaurants by the sea 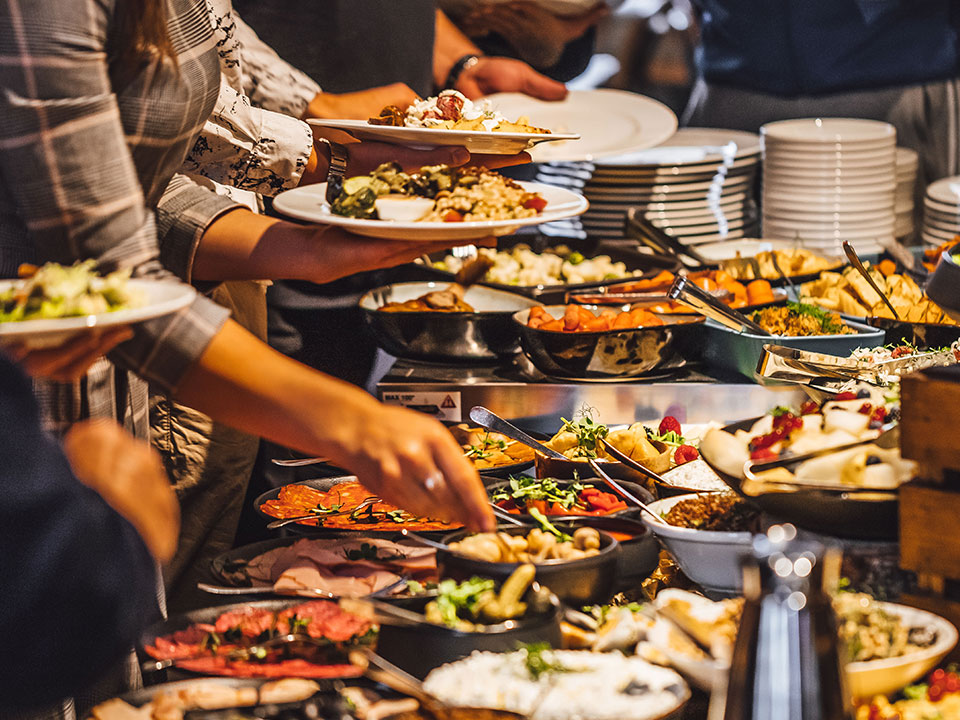 The ultimate indulgence: a buffet for every occasion