The crowds around the Tian Tan Buddha — known colloquially as the Big Buddha — can be daunting. Believe it or not, though, it’s possible to find peace and quiet at what is one of Hong Kong’s most popular tourist attractions. After gliding up to the site by the Ngong Ping 360 cable car, it’s worth making your way through the throngs of visitors to experience the awe-inspiring view from the base of the enormous sculpture, which stands at 34 metres and was completed in 1993. There are 268 steps to the top, but think of it as a kind of meditation – a way of finding peace among the crowd. 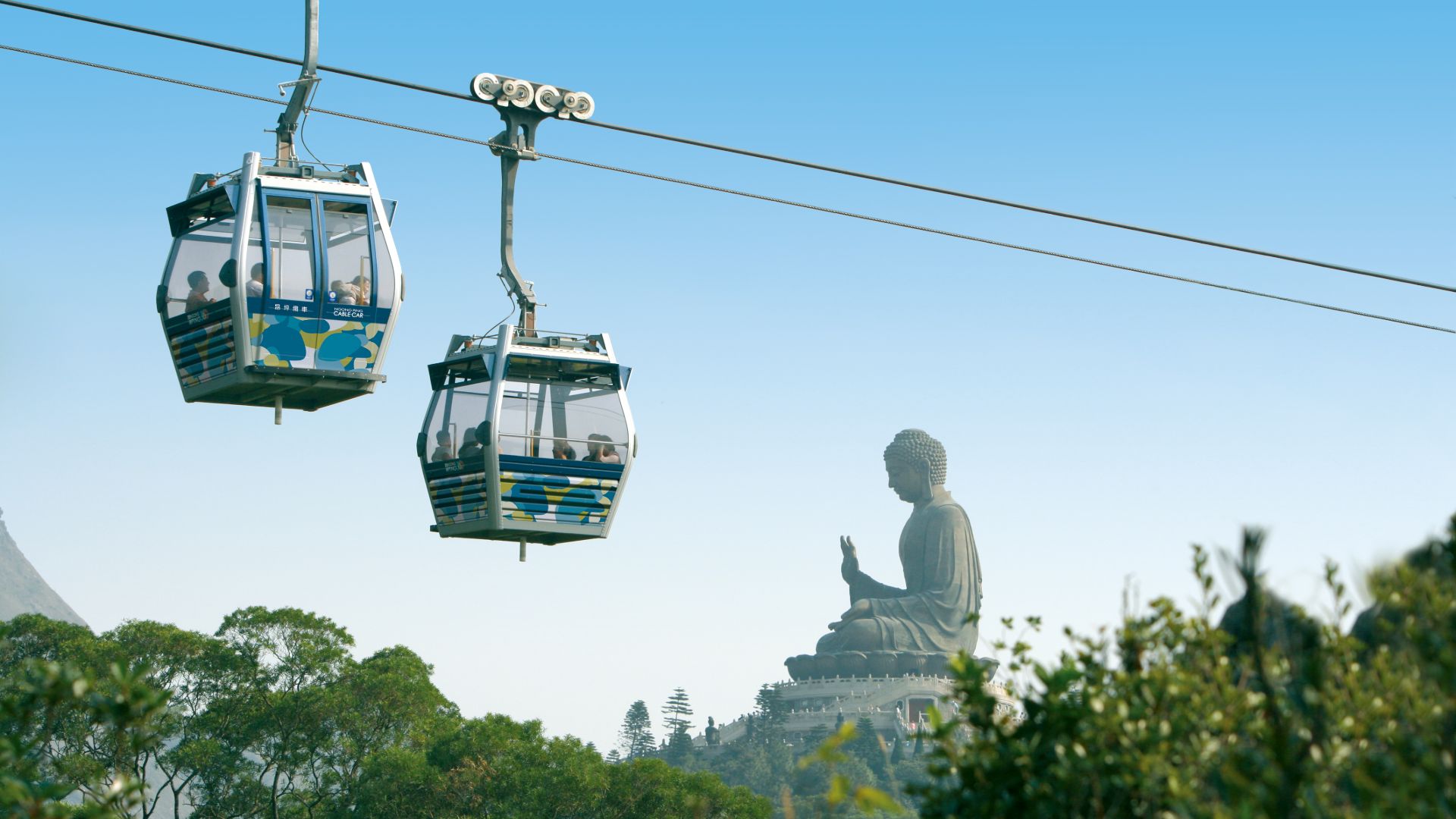 Ngong Ping, Lantau Island’s mountainous home of the Big Buddha has long been known for its monasteries and its refreshing highland climate, which is usually several degrees cooler than Hong Kong’s urban areas. That’s what drew a group of Buddhist monks to the area in 1906, when they chose it as the location for a monastery that was initially known as Tai Mao Pung — “The Big Hut” — before it was later renamed  Po Lin Monastery . The monastery was joined in 1918 by the Chi Chuk Lam nunnery, and Ngong Ping eventually filled up with many small Buddhist temples.

[ Remarks: The staircase leading to the Big Buddha is temporarily closed for improvement. Meanwhile, renovation and maintenance works of the Big Buddha Statue have been completed and all religious ceremonies and events will continue as usual, please check the official website before you visit. ]

There is always a sense of escape about Ngong Ping as you rise up into the mountains... There’s also a real sense of peace that I always feel as you reach the plateau and the road levels out

It was the ideal place for thoughtful meditation, far from the bustling commercial centre of Hong Kong, hard to reach even from other parts of Lantau Island. That’s what drew British lawyer Brook Bernacchi to Ngong Ping not long after he arrived in Hong Kong in 1945. He was the first Westerner to settle on Lantau when he built a tea plantation next to the monastery in 1948. His family, meanwhile, made use of the plantation as a weekend resort, travelling for three hours along bumpy roads to an idyllic retreat that felt very far from Hong Kong.

Driver loves walking to the base of Lantau Peak, also known as Phoenix Mountain, particularly in the early evening. “With the view over Shek Pik Reservoir and the islands in the distance, it's magical,” she says. She also remembers walking up what she and her siblings called Holy Mountain — better known as Nei Lak Shan — which lies beyond a cluster of Buddhist shrines. “I would sit on the outer ledge, dogs at my side, staring over the myriad pathways that weaved across the plateau.” Lantau’s rural, verdant environment attracts abundant wildlife, with frequent sightings of soaring Black Kites and gentle, free-roaming cattle further adding to the sense of calm. 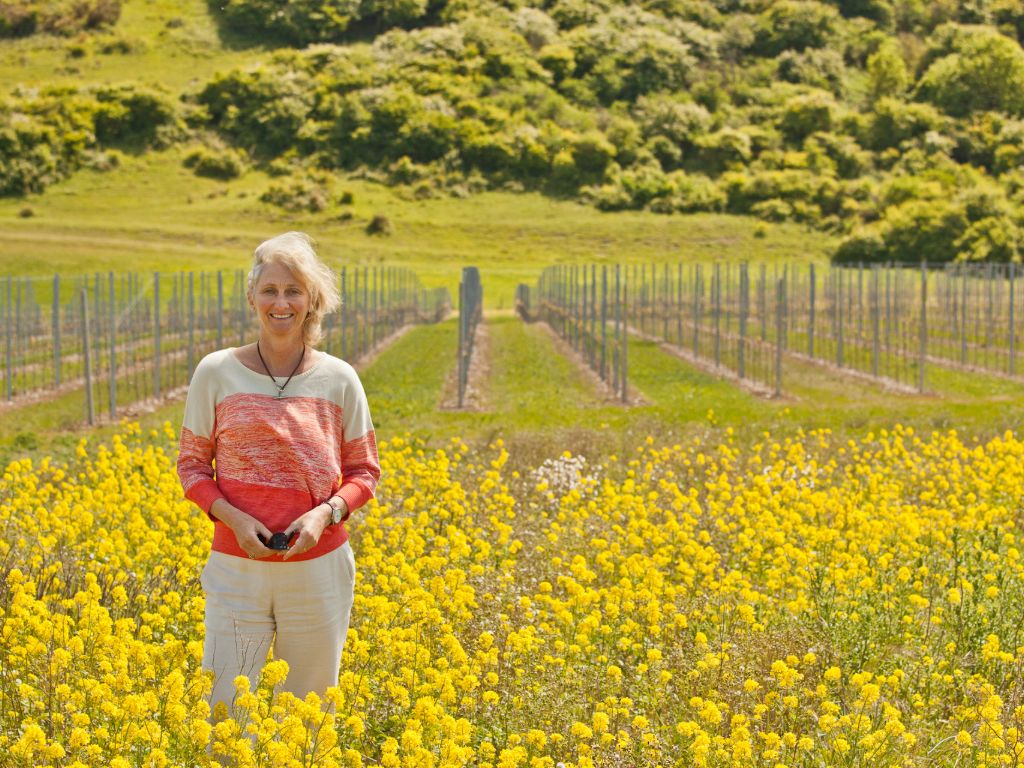 Bernacchi’s step daughter Sarah Driver remembers how the plantation villa was draped with bougainvillea in the summer and shrouded in mist during the winter. One year it even snowed. These days, the tea plantation has long been abandoned, but the house is still standing and Driver returns to Ngong Ping every time she visits Hong Kong from England.

“There is always a sense of escape about Ngong Ping as you rise up into the mountains,” she says. “There’s also a real sense of peace that I always feel as you reach the plateau and the road levels out.” 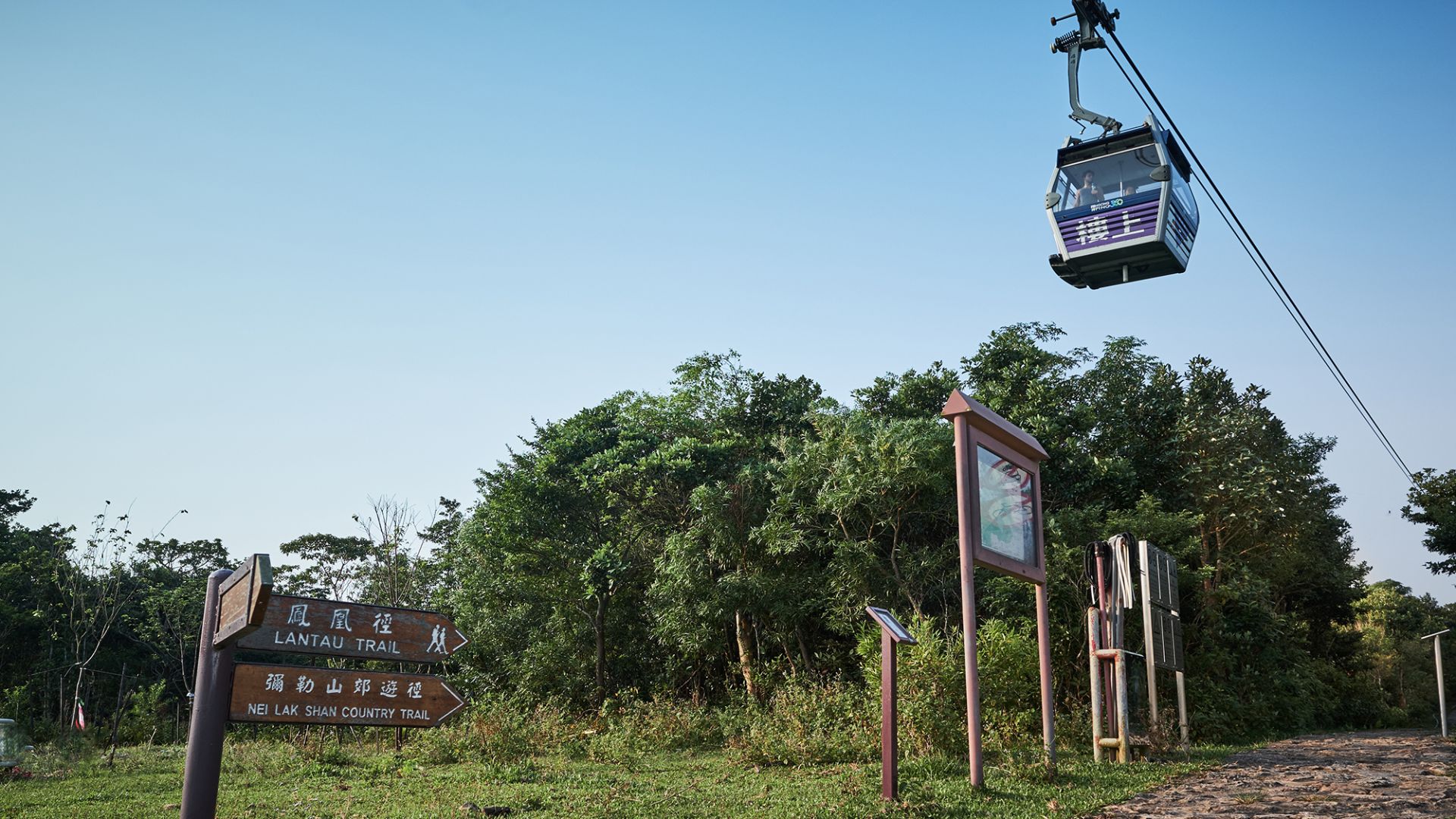 The mix of woodland, scrub and grassland helps make for fabulous scenery

Martin Williams, an outdoor enthusiast and the author of The 25 Best Day Walks in Hong Kong, recommends the circular Country Trail that loops around Nei Lak Shan. If you're feeling particularly energetic, you could even walk all the way down to the MTR station in Tung Chung, a journey of about two hours. “The mix of woodland, scrub and grassland helps make for fabulous scenery, especially with nearby hills like Lantau Peak and the South China Sea below,” he says.

The scenery is so spectacular you may just want to stay put. If that’s the case, the Po Lin Monastery’s seven-day meditation retreat is just for you. Held every year since 1935, the retreat takes place during the final week of the first lunar month. Senior monks lead participants in sitting and walking meditation, as well as offering talks on Zen Buddhism, which holds that the mind can be returned to a state of uncluttered purity through peaceful contemplation and self-examination. 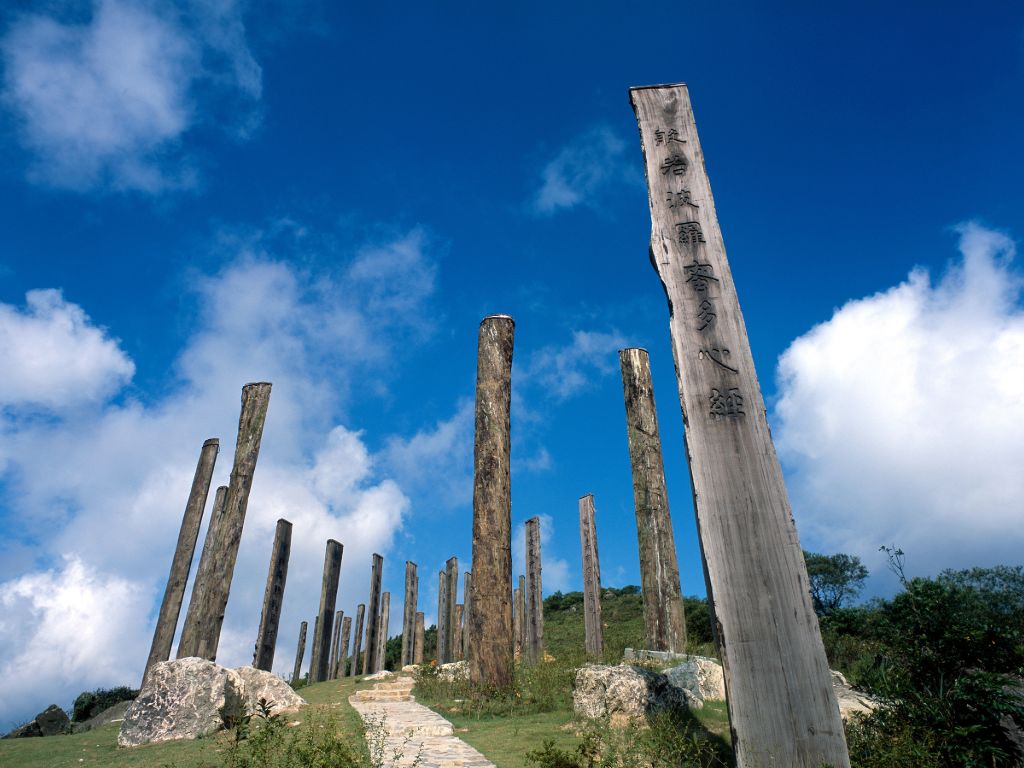 That may be too much of a commitment for a casual visitor, but luckily Ngong Ping offers plenty of alternatives. Anyone can enjoy an affordable Buddhist vegetarian meal at the monastery, followed by an easy walk through the Wisdom Path Get me there {{title}} {{taRatingReviewTotal}} {{taRatingReviewText}} Address {{address}} Website {{website}} More info , an installation of 38 wooden columns inscribed with the complete verses of the Heart Sutra, written by master calligrapher Jao Tsung-I. The tallest column was left blank to express the concept of emptiness explored by the Heart Sutra – an emptiness that represents not loss but clarity of mind. 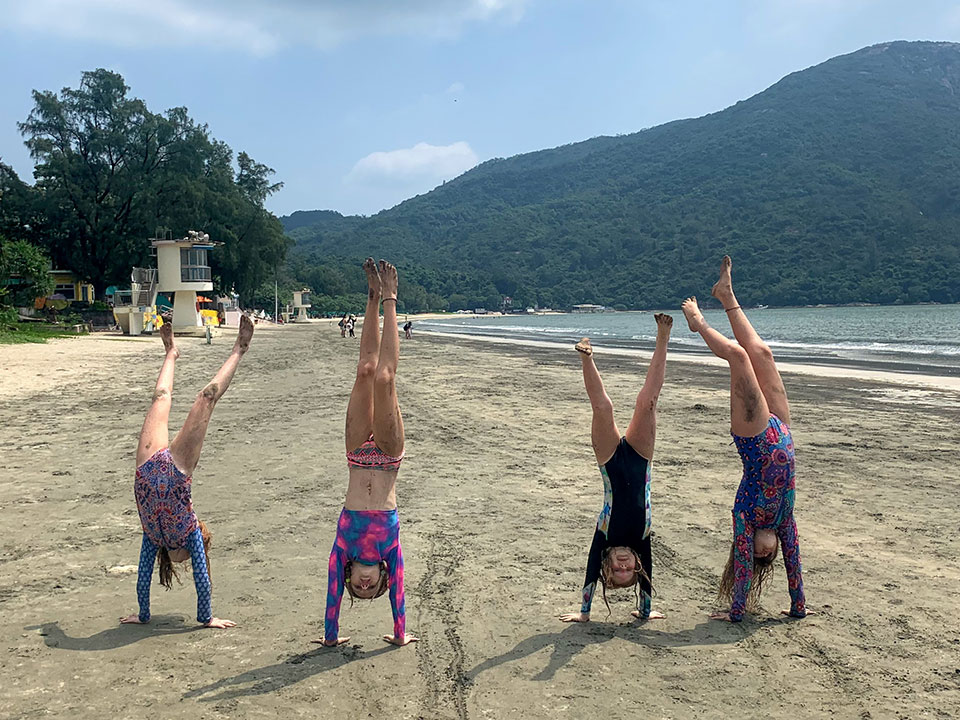 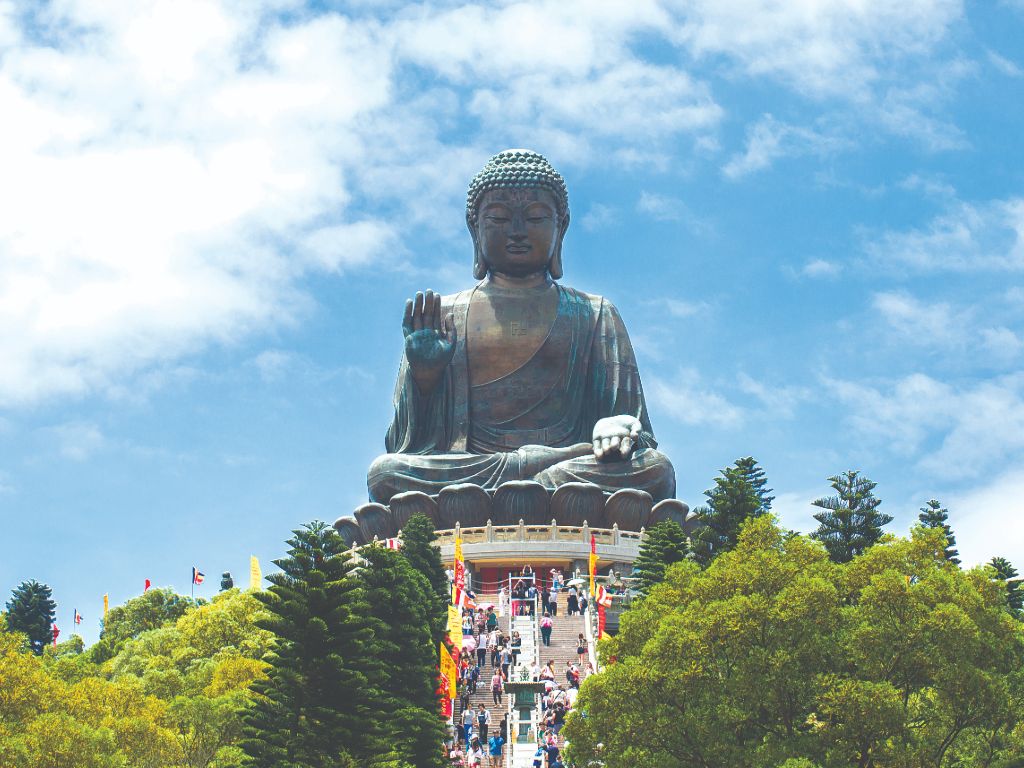 The best things to do on Lantau Island