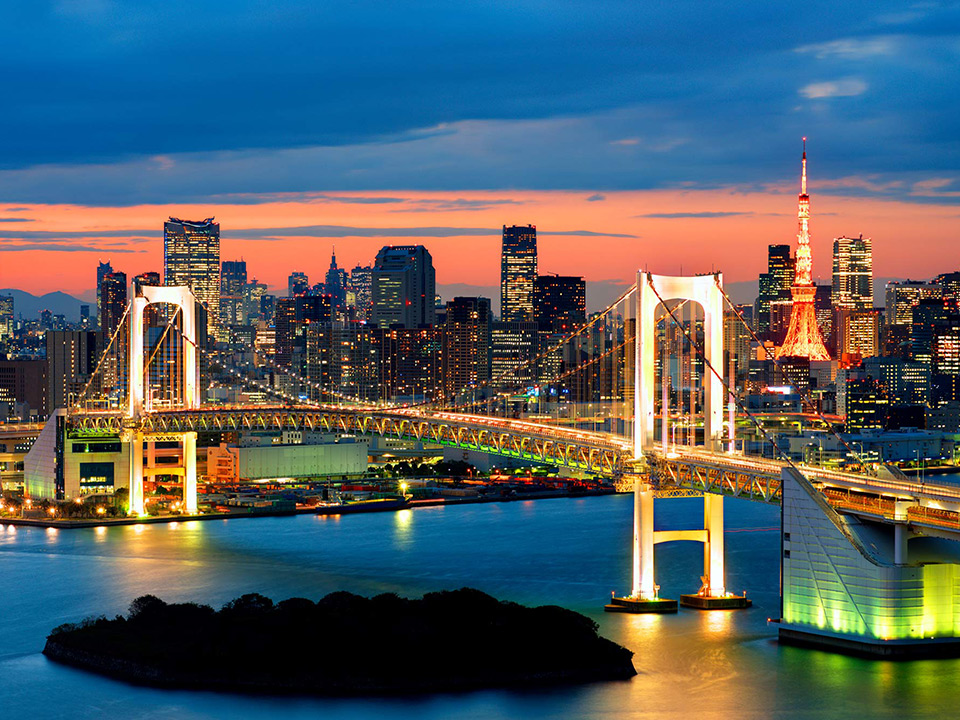 Your journey begins with Hong Kong, affectionately known as the "Pearl of the Orient", a sophisticated, diverse and vibrant metropolis with a tasteful blend of East and West, and a gateway to the Orient, where millions come to savor its culinary delicacies, hunt for extraordinary shopping bargains, and soak up the energy of its electrifying nightlife. Enjoy the spectacular sights of Hong Kong Island and catch a glimpse of its past, present and future; dine at the exclusive China Club for a delightful Dim Sum Lunch; board a cruise and become part of the Hong Kong's signature skyline to Lamma Island for the day's freshest catch; and bargain your way through the numerous stalls at the exhilarating Temple Street Night Market.

After four memorable days of sheer excitement, we whisk over to Tokyo. While arguably the Planet's most modern metropolis renowned for its modern skyscrapers and eccentric culture, it is the steep contrasts between the New and Old, Modern and Traditional, and untold mysterious of the Shogunate Era that never cease the amaze the visitor. We explore the fantastic sights of Tokyo including the world-famous Tsukii Outer Fish Market, Kannon Temple and its colorful Asakusa shopping arcade, the architectural marvel of the Tokyo Tower, the Glamorous Ginza District, plus a chance to acquire or sharpen your Japanese culinary skills with a fabulous Sushi making lesson.

Although prices are current at the time of printing or listing, airlines frequently change their prices as a result of fare increases and/or fare surcharges. Therefore, prices may differ when you book your travel and are not guaranteed until full payment is received. Please call for our most current prices.