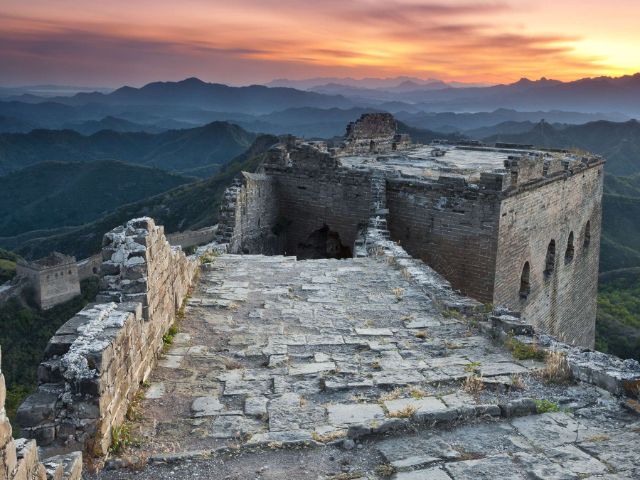 In two weeks, get to know China and Hong Kong by visiting some of the most important destinations each with its own wealth of attractions. The capital, Imperial Beijing, is where one is immediately exposed to the colourful history that China is so proud of. Start in Tian An Men Square, the world’s largest public square after which enter the Imperial Palace complex also known as the Forbidden City and find yourself back in the days of former Dynasties. The Great Wall of China is something once seen, never to be forgotten. After a short walk on the wall, more history is revealed at the Ming Tombs, the burial grounds of former Emperors.

Fly next to the ancient capital of China, Xian, an old walled city. It is also home to the 6000 life size famous Terra Cotta Warriors who are now 2000 years old and a fairly recent archaeological discovery. Guilin in sub-tropical Southern China is one of the country’s most scenic cities with its riverside location. A cruise on the Li River takes you through a landscape which will simply amaze you. Pinnacles of rock tower above the banks of the river as you cruise through rice paddies and lush countryside.  Shanghai is something to behold and has been described as the city of the future with its contemporary infrastructure and architecture. Yet it still retains its old charm which can be seen strolling through neighborhoods.

The last stop is Hong Kong, called the city of life as it never appears to sleep! A visit to Stanley Market allows you to do some inexpensive but serious shopping. Victoria Peak will give you a breathtaking panoramic view of Hong Kong’s harbour and Kowloon. There is also time to explore this vibrant metropolis and discover so much more.