Festivals to experience in the Greater Bay Area 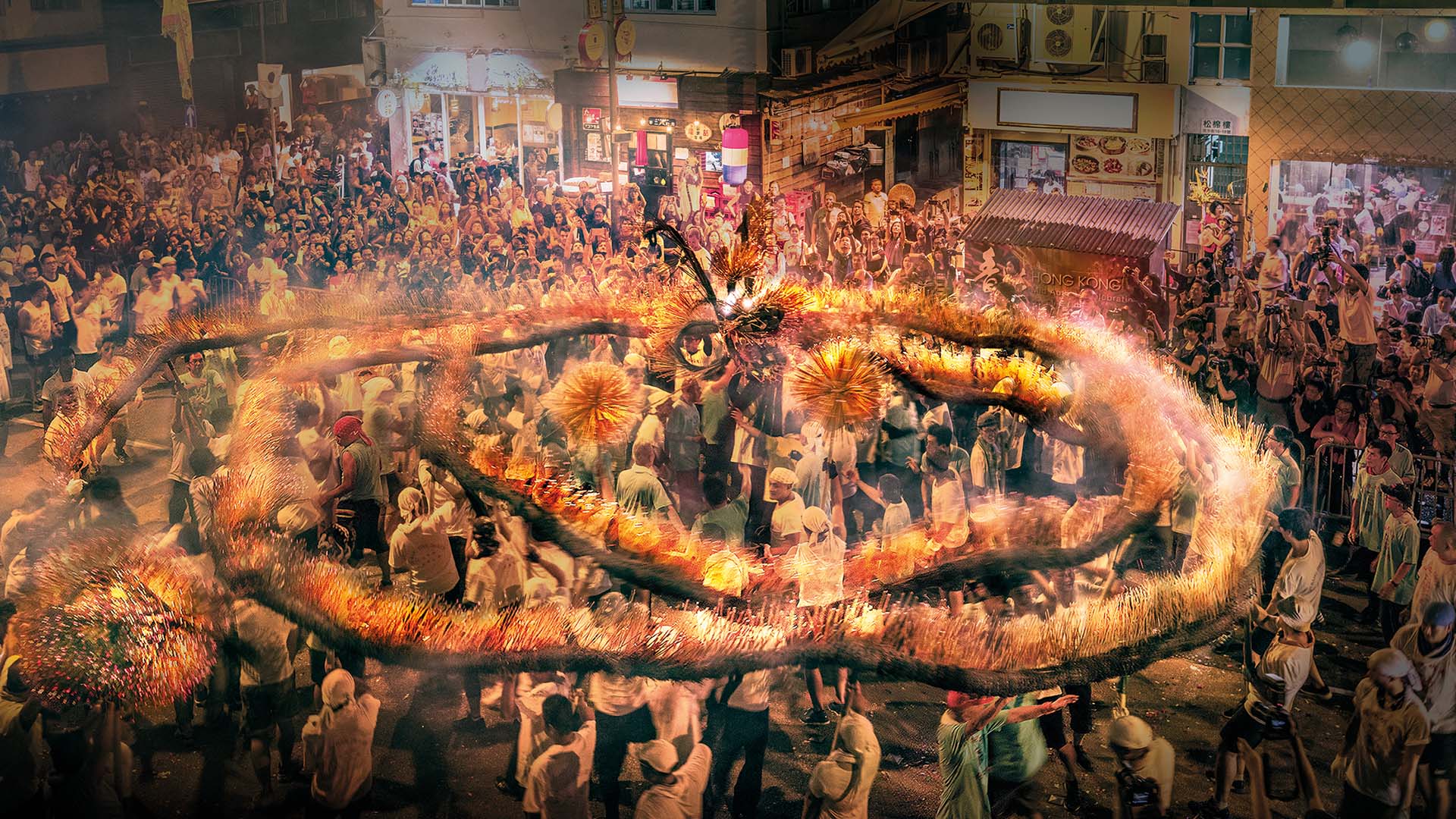 In Hong Kong, eye-opening festivals take place all year round. From the quirky Cheung Chau Bun Festival to the spectacular Tai Hang Fire Dragon Dance and Hong Kong Wine & Dine Festival, there are unique cultural experiences around every corner. If you are travelling to Hong Kong, why not take advantage of the Guangzhou-Shenzhen-Hong Kong Express Rail Link and the Hong Kong-Zhuhai-Macao Bridge to explore other cities in the Greater Bay Area? Choose your favourite season to visit and dive right in to the diverse festive cultures of Lingnan, while getting a glimpse into the lives of the local people. 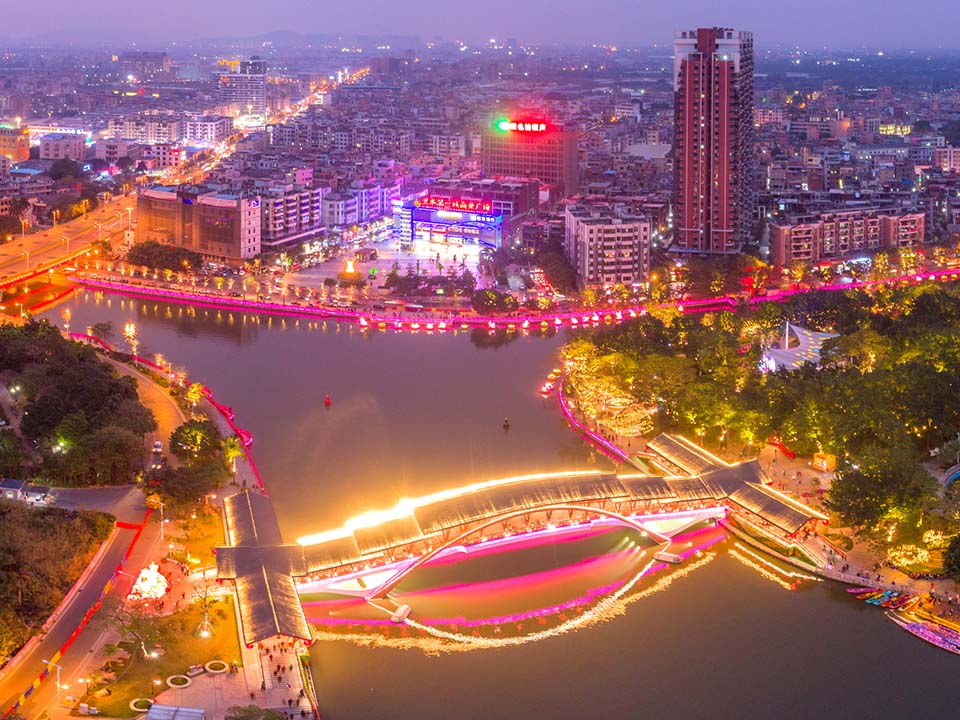 Before the Spring Festival begins, the floating flower market creates a kaleidoscope of colours in the Dreamland Waterside Village, a scenic area in Lishui Town. In addition to admiring flowers in bloom, you can board a flower boat for a one-of-a-kind river cruise. 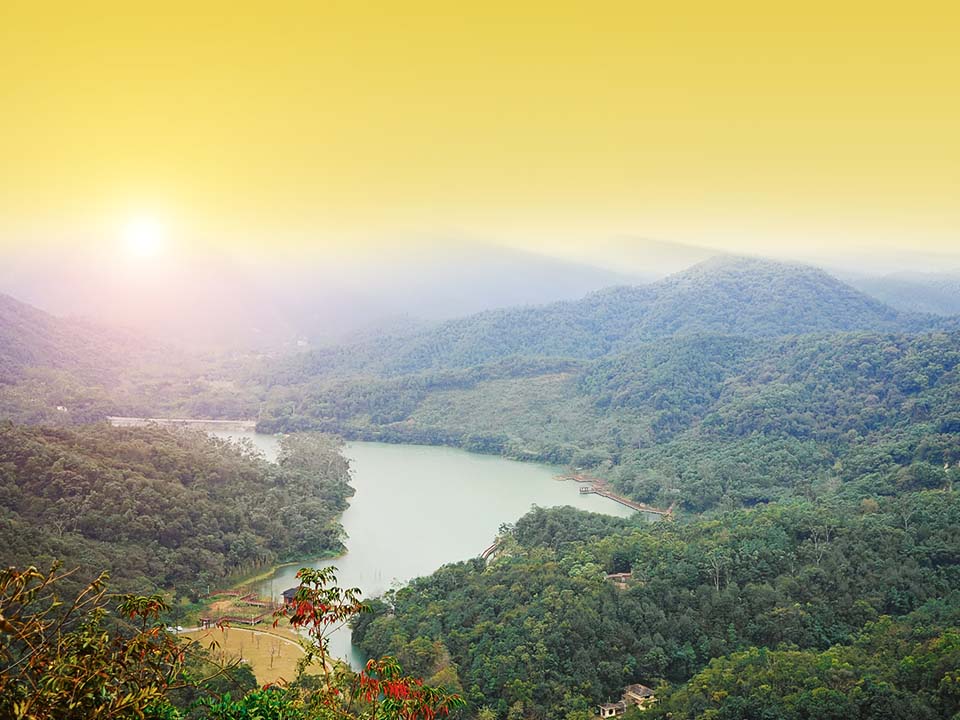 Boisterous activities such as lion dances and xiangsheng (known as crosstalk, a traditional performing art in Chinese comedy) can be found at the Spring of Guifeng Cultural Temple Fair. Taking place in the same month is the Pancun Lantern Show — part of China’s intangible cultural heritage — in which a parade featuring gigantic lanterns over three metres high travels around all the small villages in Pancun. During the parade, the villagers light lanterns in front of temples, perform a dragon dance in the river and transport a giant lantern to the ancestral hall through the top of the building.

The Yuexiu Temple Fair is considered to be one of the two most important temple fairs in China. It features a wide range of activities, including a showcase of intangible cultural heritage, puppet shows, Chinese arts, kung fu performances and a lantern show. 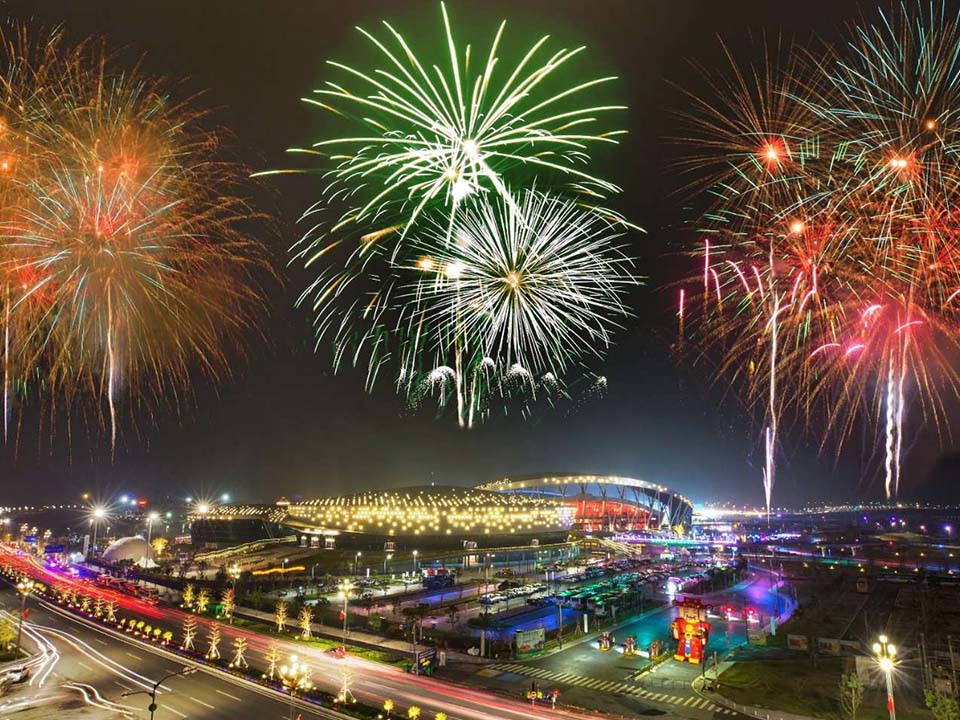 The Ploughing Festival began in the Ming dynasty (1368–1644). On this day, locals worship Longmu (the mother of dragons) and organise lion and dragon dances. The highlight is the game of scrambling for the tim ding (having a son) fa pao (firecracker bundle), which is believed to bring luck and prosperity to a family. 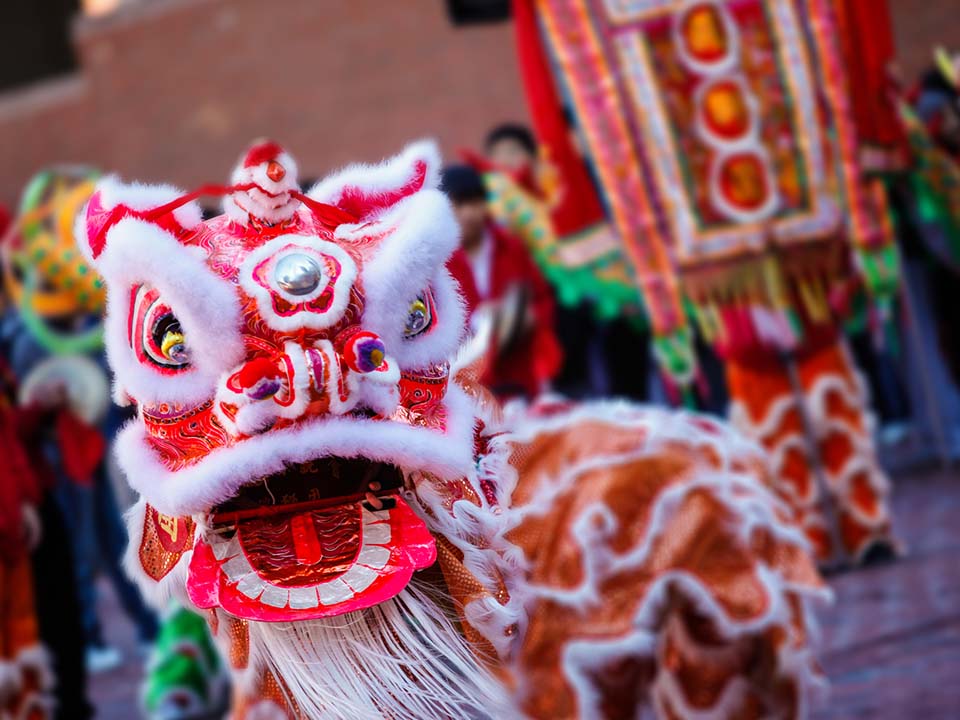 Among Huizhou’s various celebrations of the birthday of Chinese sea goddess Mazu, the Huizhou Xunliao Mazu Cultural Tourism Festival is the most elaborate. A host of activities include a grand praying ceremony, a procession featuring a golden statue of the goddess, and lion and dragon dances, while yachts and sailing boats join in the celebration by going out to sea.

Legend has it that Shaxi experienced a plague during the late Ming dynasty and early Qing dynasty (1644–1912). The villagers turned to Hung Shing, the God of the Southern Sea, praying that he would end the epidemic. To pay tribute to the deity, the villagers organised a parade featuring wooden, golden and silver dragons on Buddha’s Birthday, and the plague miraculously disappeared. Since then, dragon dances have been held every year in the town, and the ritual later turned into a large-scale parade with elements of dragons, phoenixes and sea creatures as well as piaose (flying colours).

The Qi’ao Blessings Parade took root during the reign of Emperor Tao Kuang of the Qing dynasty. This celebration of the Dragon Boat Festival is infused with local flavours — revered elders from the village visit the temples of various deities, including the Tide Grandfather, Tin Hau Goddess, Zhuge Wuhou and Cai Second General, and clean their statues which are then put in sedan chairs for the parade. In addition, the locals offer sacrifices to heaven and earth and present articles of tribute to the deities.

On the day of the full moon and harvest, the ethnic Lantian Yao people in Longmen County organise the Fire Dog Show to pay tribute to dogs, whose milk helped the ancient chief of their clan survive, and to ward off evil and prevent illness. Participation in the ceremony is also the puberty rite for unmarried girls of the clan. Also worth seeing are traditional activities like the burning of fan towers (made of bricks and tiles) and straw towers, held in different places in Guangdong.

Burning of fan towers in: 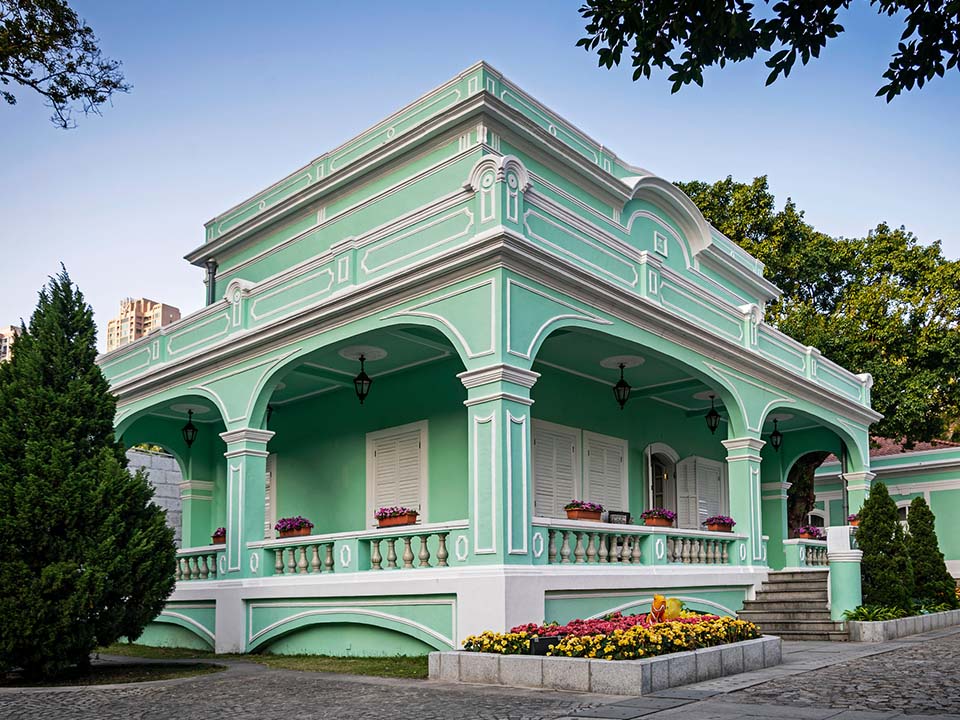 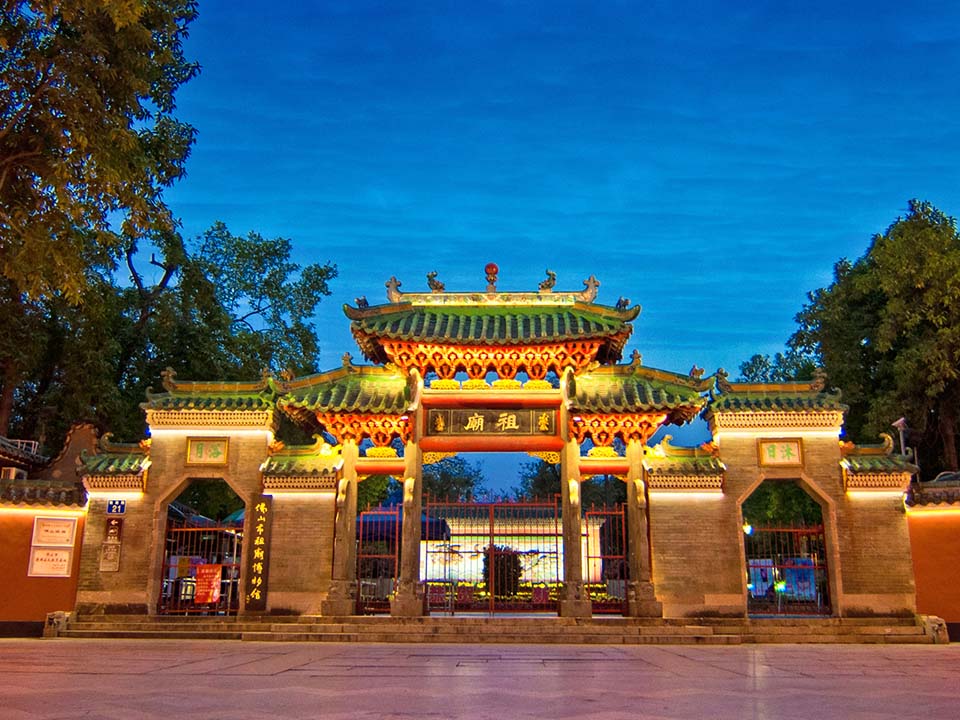 Foshan’s folk custom of qiuse, or autumn colour, can be traced back to the Yongle period of the Ming dynasty. It is today inscribed on China’s National List of Intangible Cultural Heritage. The parade is held in the evening during the harvest season, and is marked by seven main manifestation patterns: lantern show, vehicle show, horse show, ground show, water show, fluttering show and scenery show. 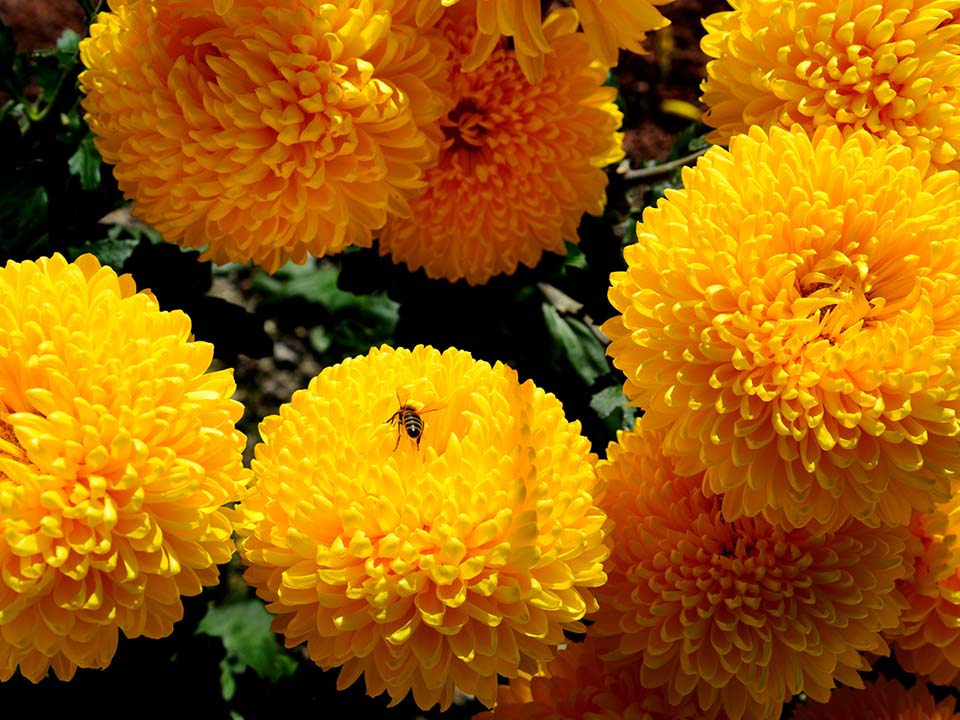 The Chrysanthemum Show in Xiaolan, which is also known as the ‘town of chrysanthemum’, is characterised by the juxtaposition of traditional chrysanthemum art and creative elements. The vibrant event attracts millions of visitors every year. 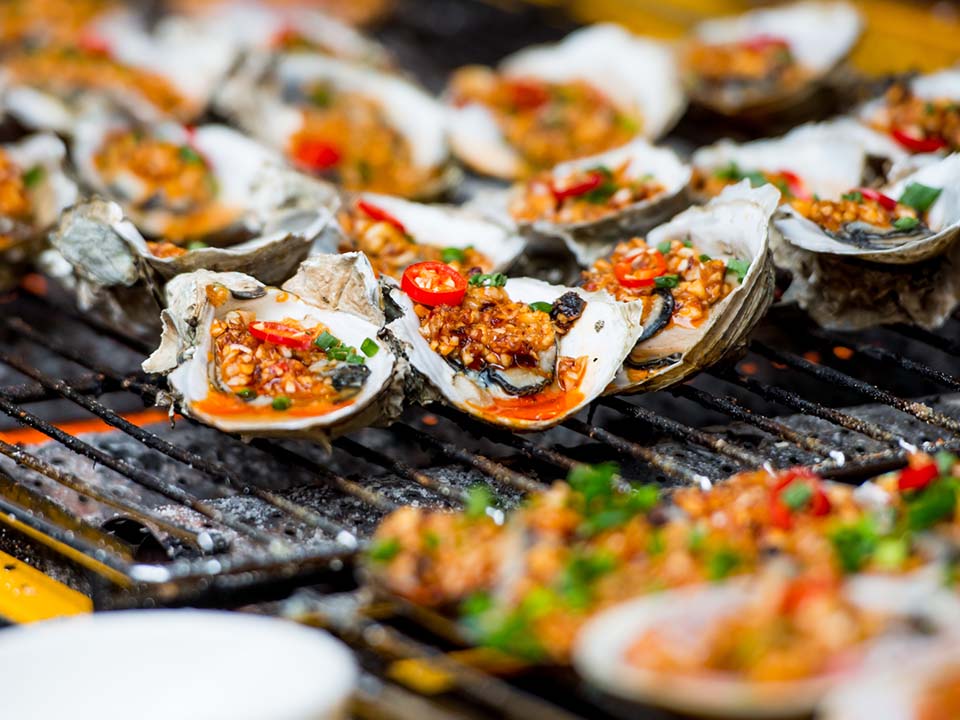 Shajing is famous for fleshy and juicy oysters, known in China as ‘milk of the sea’. Since its inception in 2004, the Shajing Golden Oyster Festival has been growing in scale, attracting tourists and foodies alike. 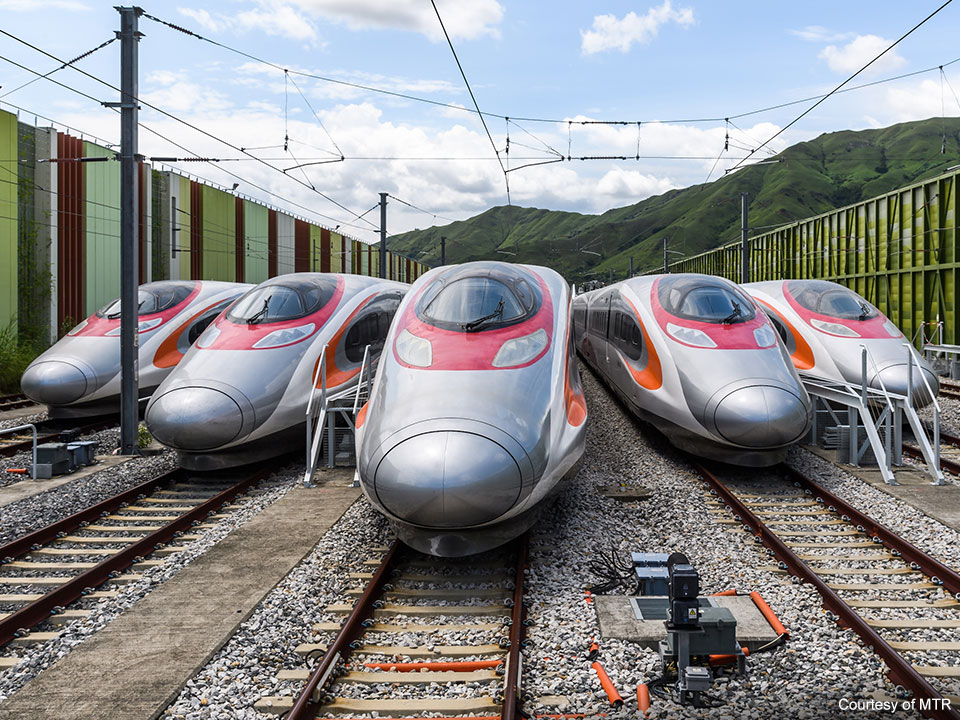 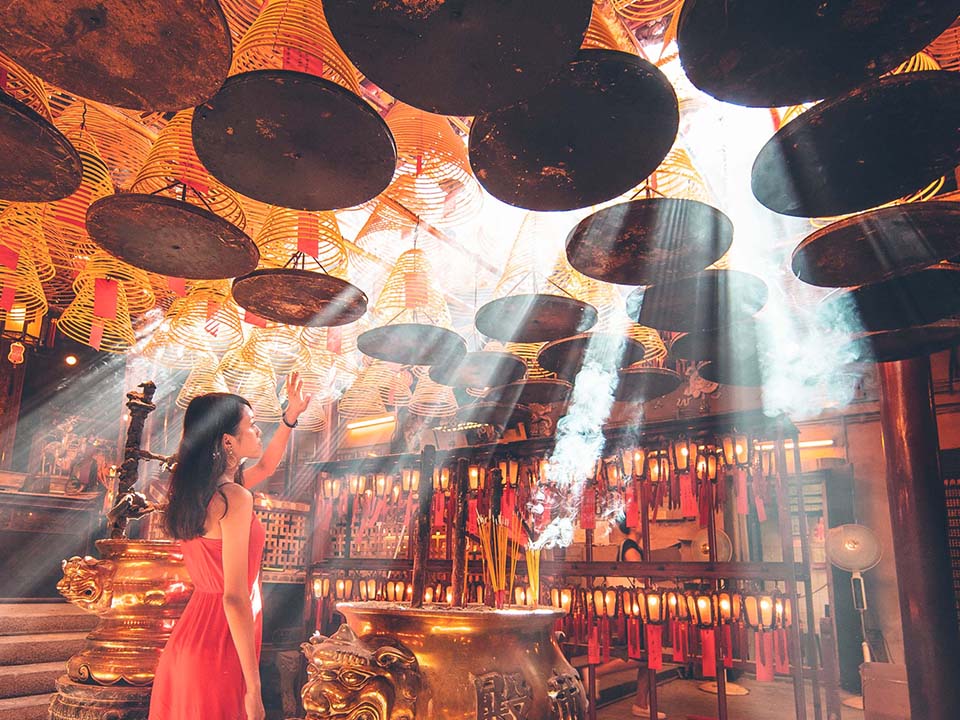 From ancient UNESCO sites to picturesque scenery: a historical and cultural journey in the Greater Bay Area